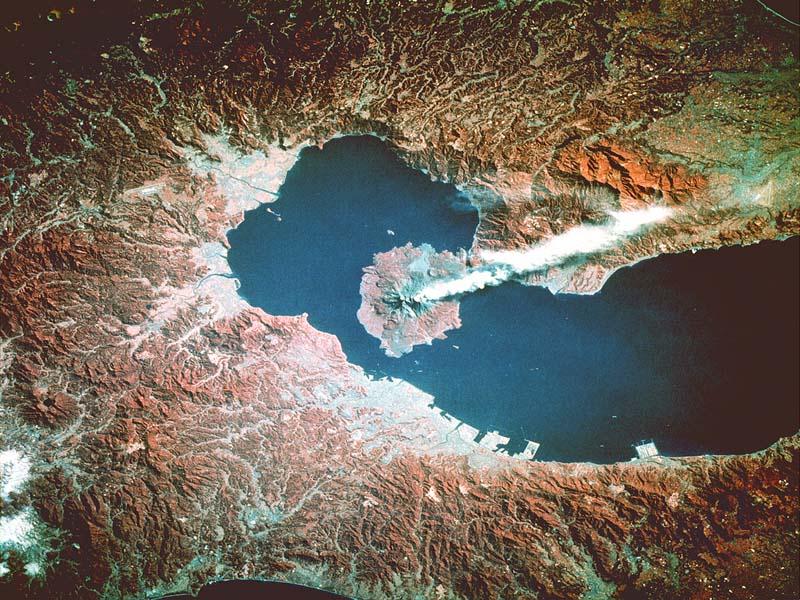 Japan’s Meteorological Agency on Friday warned that the country’s 20 volcanoes became alive due to the massive March 11 earthquake, and a study said earthquake over 9.0-magnitude might hit Japan again.

The Agency said volcanic explosion occurred after earthquake several times in history and people should maintain vigilance against this tendency.

The number of earthquakes above M 6.0 reached 77 on March. 74 out of them occurred in quake-hit region were aftershocks. The number is 50 times over the same period last year.

The largest aftershock on April 7 has killed 4 people, injured at least 166, and caused a power outage over 2.61 million households, according to Japan’s police officials.  The Meteorological Agency warned aftershocks above 6.0 M like the April 7 would probably hit Japan again.

Meanwhile, quakes of the  country’s 20 volcanoes occurred more frequently after the massive March 11 earthquake, especially, the Fuji, Hakone, and Aso-San.

A massive 9.0 magnitude earthquake hit off the northeastern coast of Japan on March 11, 2011, triggering a massive tsunami which caused alerts to go up along the pacific basin.