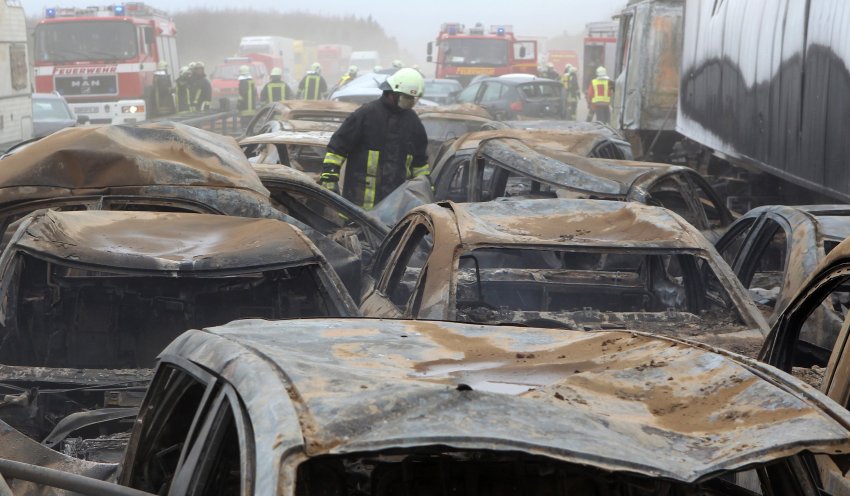 The sudden sandstorm, which struck south of the eastern German coastal town of Rostock, reduced visibility on the A19 autobahn to zero in a matter of seconds.

In both directions on the Berlin-Rostock motorway, cars and trucks crashed into each other. Police said that between 40-50 vehicles were involved and that 17 cars and three trucks caught fire. A hazardous materials transport was reportedly also among the wrecked vehicles.

At least eight people were killed and of the 60 people hurt, at least 27 were sent to surrounding hospitals with serious injuries. Numerous drivers were trapped in their cars. 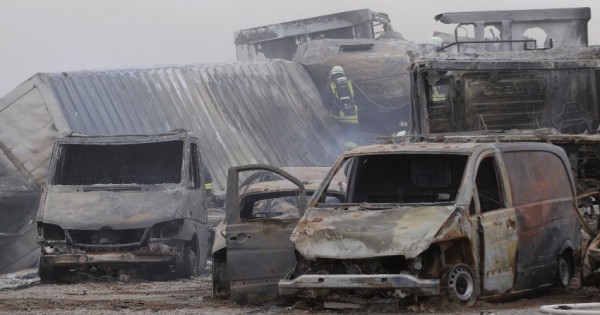 “This is the worst traffic accident the state of Mecklenburg-West Pomerania has ever seen,” said police spokeswoman Yvonne Burand.

Police, emergency teams and firefighters rushed to the scene, but rescue helicopters were unable to land due to the poor visibility. High winds had been blowing since the early morning, which stirred up dirt from freshly planted fields in the predominantly rural area.

The German Weather Service said hurricane-like winds are nothing out of the ordinary in the region and that dust could easily be whipped up into the air if storms travelled inland across dry, bare fields. The highway was closed until further notice. (DeutscheWelle) 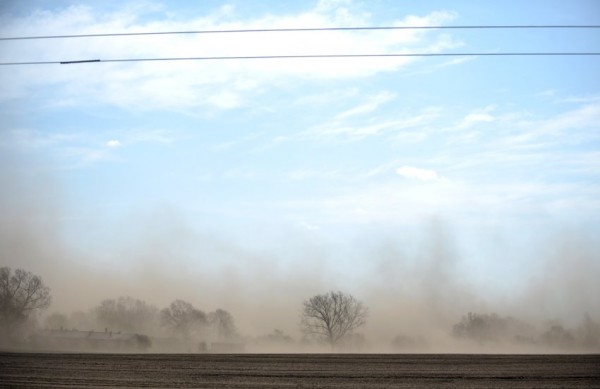 Dry soil is being blown by strong winds near the town of Dodow across a field. Prolonged drought in recent weeks charged regional agriculture in Germany. Deep, “Joachim” shall, in the coming days continue in the north and east for stormy weather, as the German Weather Service said.

Only hours after the accident, the fire department had to extinguish fires, until they could recover the dead. The forces were hampered by the fine dust field, which also swept in the evening from the fields at the accident scene on the four-lane road.

As the accident was caused is difficult to ascertain. Eyewitnesses reported a veritable wall of sand, as they drove into a slight depression behind a forest. A storm that swept since the night of the North Mecklenburg-Western Pomerania, had stirred up huge amounts of sand surrounding the barren fields and blown across the highway. (Spiegel) 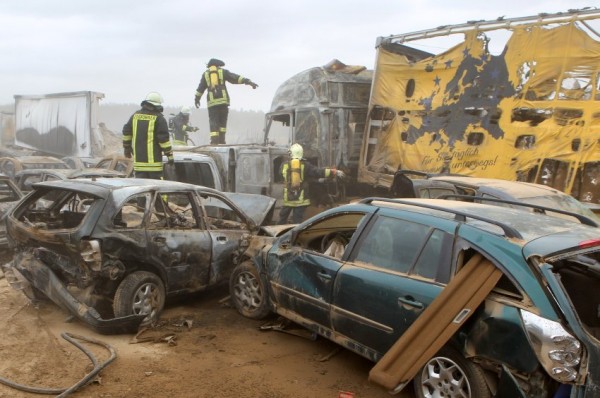