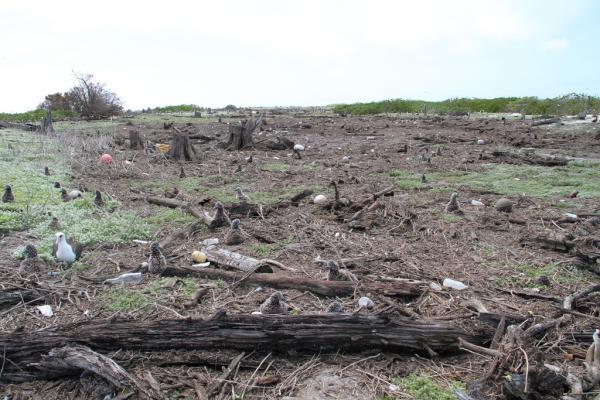 Thousands Laysan albatross, along with thousands of chicks and other seabirds, perished as tsunami waves reaching 5ft-tall (1,5meter) rolled over the remote low-lying Midway islands just four hours after the magnitude 9.0 earthquake struck Japan on Friday.

The waves hit each of the three islands inside the remote atoll. Spit Island, about 15 acres in size, was completely overrun. The tsunami washed over 60 per cent of Eastern Island, an islet of nearly 370 acres. Waves also covered 20 per cent of Sand Island, the largest of the three at almost 1,200 acres.  Midway is a tiny US territory that lies about a third of the way between Honolulu and Tokyo in the North Pacific. The colony on Kure Atoll (89km east of Midway), was also devastated. The wave washed about 400 feet inland. 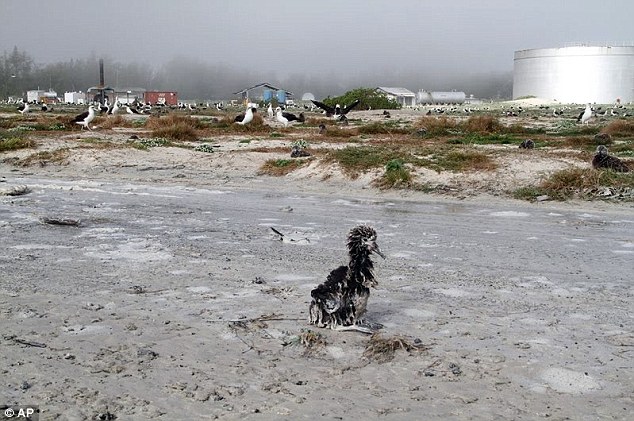 Barry W. Stieglitz, the project leader for the Hawaiian and Pacific Islands National Wildlife Refuges‘ said for Daily Mailthat there will be a gap in the breeding population when these birds that would have grown up this year, would have matured and started breeding for the first time.

Biologists are less sure how many ground-nesting bonin petrels may have died, because these birds live in underground burrows and would have been buried in areas covered by waves. Mr Stieglitz estimated their death toll would reach the thousands. Since the bonin petrel feed at night, however, Stieglitz said he was hopeful many were out foraging when the tsunami hit before dawn.

He said many wildlife populations rebound from natural disasters like this, but added that tsunamis aren’t helpful to species facing threats like climate change, a loss of habitat, and invasive species. When you start piling the natural catastrophe on top of invasive species invasions and all of these other things, it makes the population a lot less resilient and more susceptible to extinction,’ he said.

‘It’s rather unfortunate timing, in our eyes. Not that there is ever a good time for this, but there are better times than worse times. And in this era, this is a worse time.’ 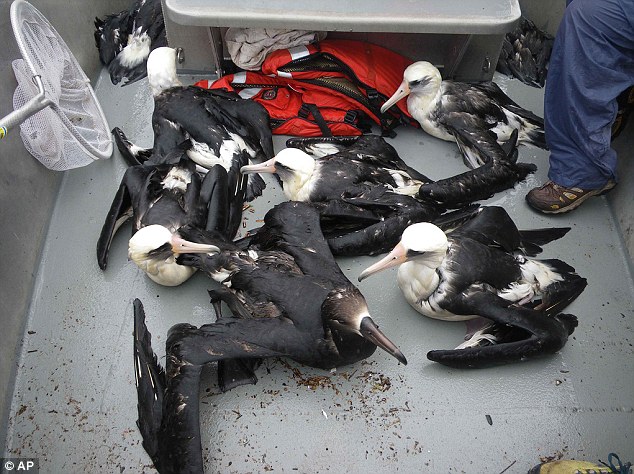 The islands of Midway Atoll include a large colony of Laysan Albatross and the second largest breeding population of Black-footed Albatross and these were nesting on the ground with eggs and chicks in the nests this week when the tsunami waves struck.

Laysan albatross also breed on the Hawaiian islands of Oahu, at Kaena Point, and on Kauai, at Kilauea Point. They feed in areas off the west coast of North America, including the Gulf of Alaska, and spend their first three to five years constantly flying, never touching land. Scientists believe they even sleep while flying over the ocean.

Nineteen of the world’s 21 albatross species are listed as threatened with extinction from a variety of causes, including lead poisoning. On Midway Atoll, injuries from longline fishing, climate change and ingestion of garbage floating on the ocean threaten the area’s albatross species.

Birds of Hawaii
US Fish and Wildlife Service
FOAM: Friends Of Albatross on Midway 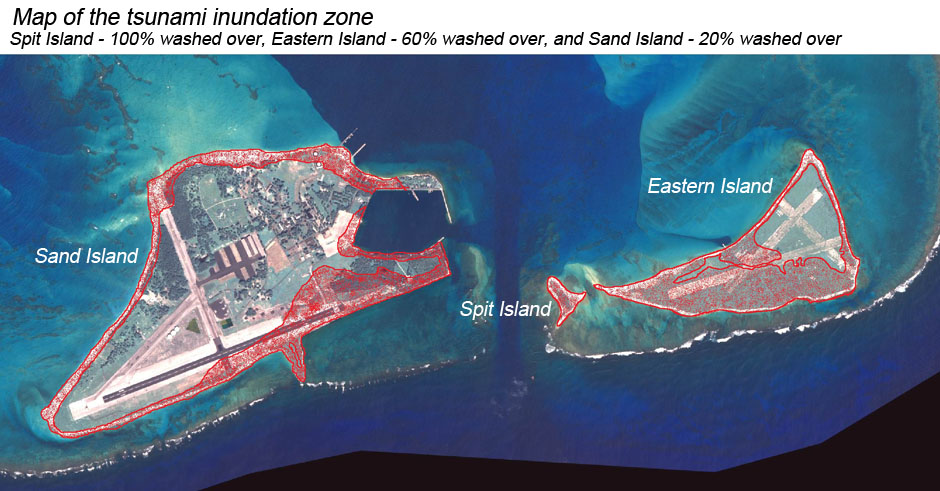