The Philippine Institute of Volcanology and Seismology (PHIVOLS) has raised the alert status of Taal volcano from Alert Level 2 (increasing unrest) to Alert Level 3 (magmatic unrest) after a phreatomagmatic eruption at 23:22 UTC on March 25, 2022 (07:22 LT, March 26).

The eruption was short-lived, followed by a nearly continuous phreatomagmatic activity that generated plumes 1.5 m (4 900 feet) above the crater, accompanied by volcanic earthquakes and infrasound signals.

In view of the above, DOST-PHIVOLCS raised the Taal’s alert status from Alert Level 2 to Alert Level 3.

“This means that there is magmatic intrusion at the Main Crater that may further drive succeeding eruptions,” the Institute said.

The public is reminded that the entire Taal Volcano Island is a Permanent Danger Zone (PDZ), and entry into the island as well as high-risk barangays of Agoncillo and Laurel must be prohibited.

A netizen capture these Taal from the airplane window of Manila – Caticlan flight 8am this morning.#taalvolcano #taal #prayforBatangas  pic.twitter.com/GEhpYGiKJq

taal in our view
keep safe everyone ! pic.twitter.com/DqXvFEH8LJ

Taal activity as of 8:16am today. pic.twitter.com/xLCdoqw3KZ

To everyone living near Taal Volcano. Be safe and alert!!! Praying for everyone’s safety#Taal pic.twitter.com/t6hP8gTzCC

All activities on Taal Lake should not be allowed at this time, PHIVOCS added.

Communities around the Taal Lake shores are advised to remain vigilant, take precautionary measures against possible airborne ash and vog and calmly prepare for possible evacuation should unrest intensify.

Civil aviation authorities advised pilots to avoid flying over Taal Volcano Island as airborne ash and ballistic fragments from sudden explosions and pyroclastic density currents such as base surges may pose hazards to aircraft. 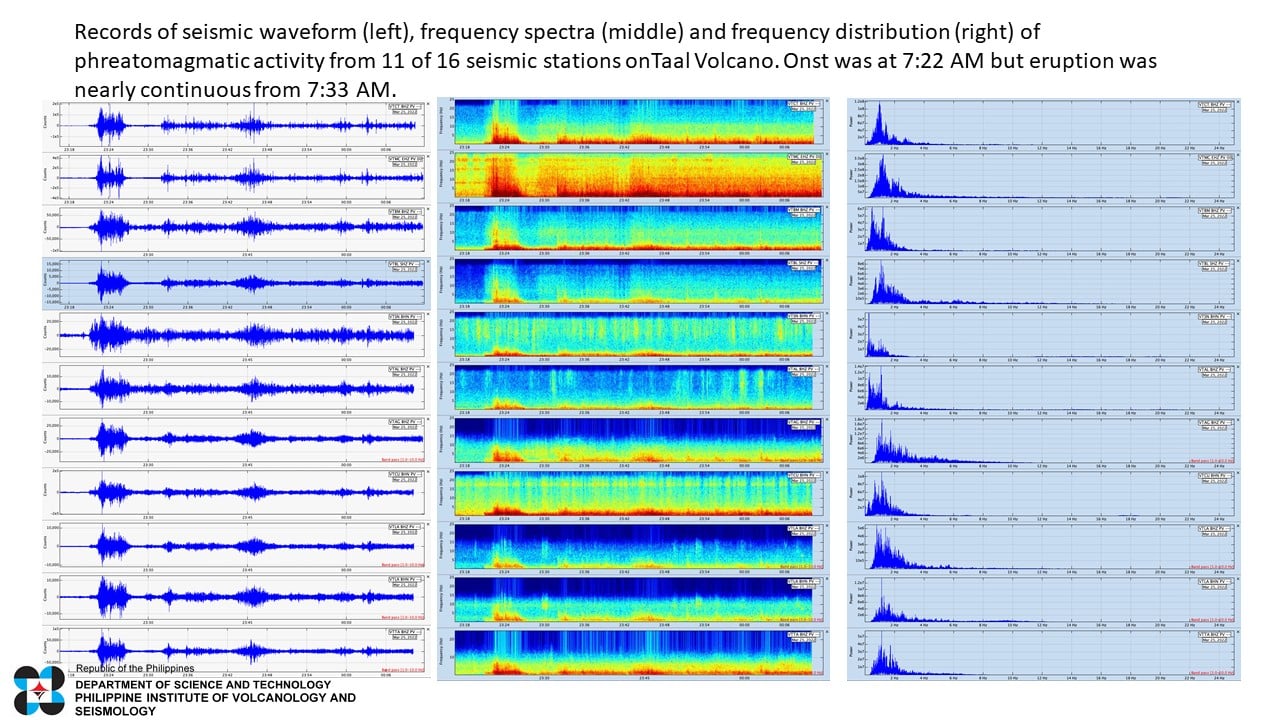 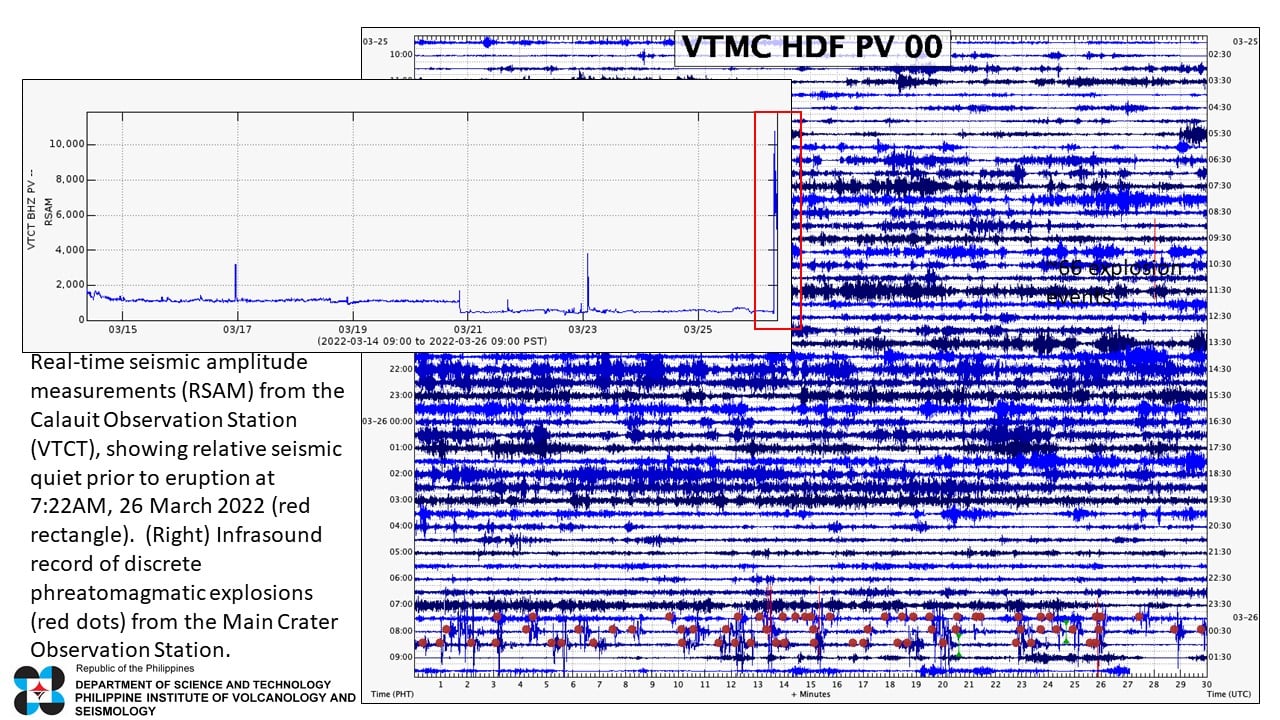 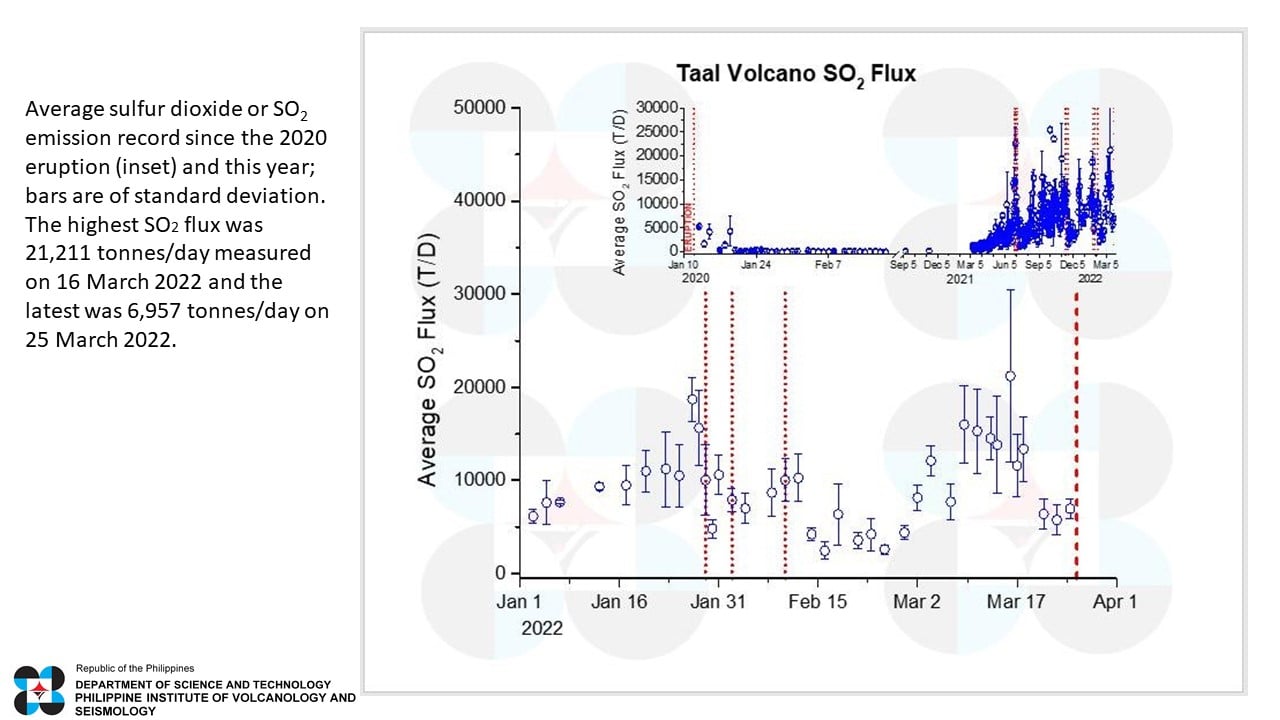 “As compared to January 2020, the magma is slowly rising and explosions are not as explosive,” PHIVOLCS director Renato Solidum said.

“What we need to do right now is to monitor if magma will rise from below and how fast it will rise. Because if the magma rises fast, it will trigger a strong eruption.”

The Philippine Coast Guard (PCG), which was evacuating residents from the area, observed that the volcano has since calmed down.2

The island is composed of coalescing small stratovolcanoes, tuff rings, and scoria cones that have grown about 25% in the area during historical time. Powerful pyroclastic flows and surges from historical eruptions have caused many fatalities.3