Tropical Cyclone "Emnati" formed on February 17, 2022, as the fifth named storm of the 2021/22 Southwest Indian Ocean cyclone season. Emnati is forecast to make landfall over SE Madagascar on February 22 potentially as an intense tropical cyclone. Emnati is the fourth cyclone to hit Madagascar in just one month — after Ana on January 22, Batsirai on February 5, and Dumao on February 15.

The minimum central barometric pressure was 956 hPa and the system was moving west-southwest at 11 km/h (6.9 mph). 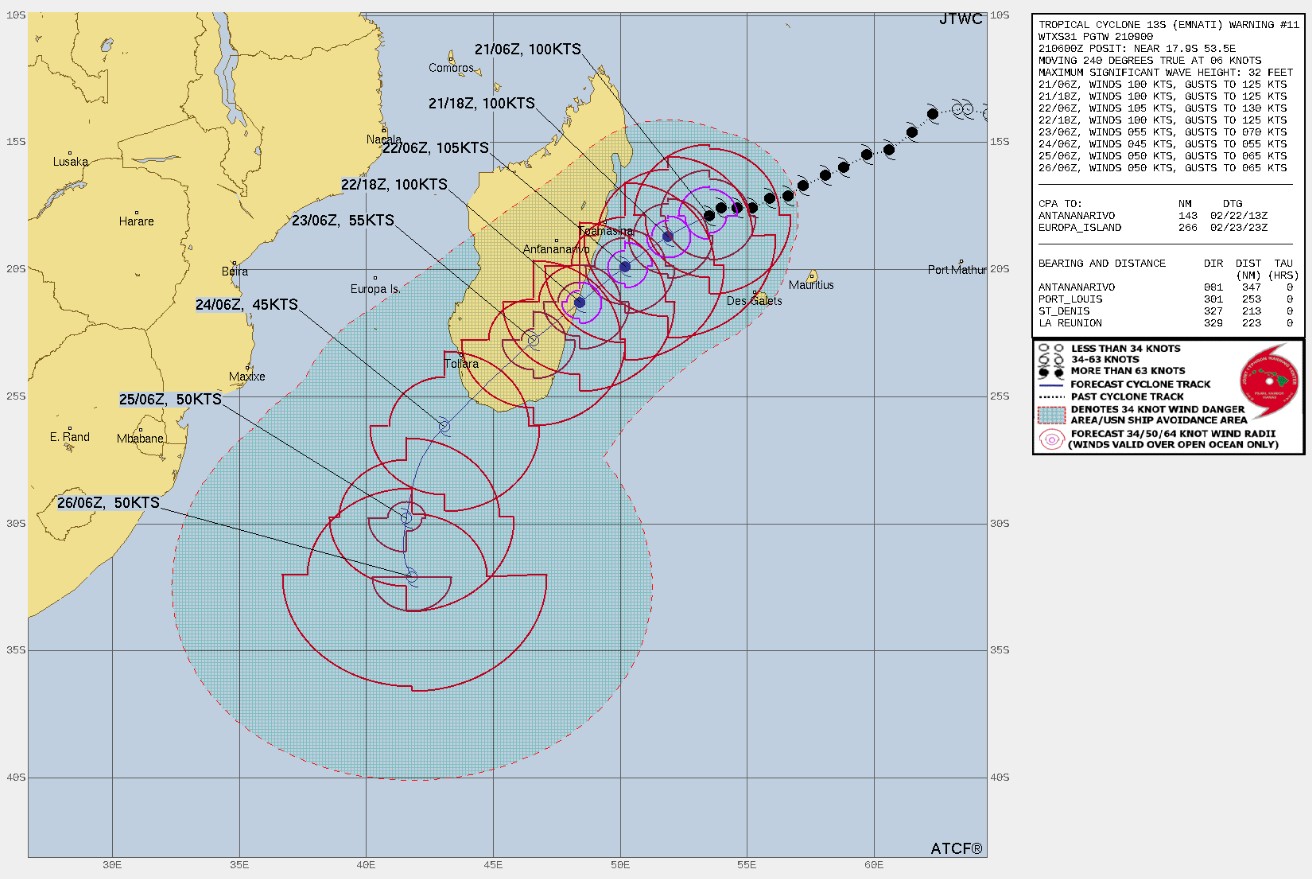 The cyclone is tracking west-southwestward and is expected to turn a little more southwestward from tonight under the effect of the subtropical ridge southeast of the system, RSMC La Reunion said.1

Model guidance is still quite dispersed about the more or less southward component of this track, and therefore on the landfall area over Madagascar on Tuesday evening.

After making landfall and moving over Madagascar, Emnati should emerge at sea south of Madagascar on Wednesday night. A small weakness in the high geopotentials to the south-west and a strengthening of the ridge further east should make the system slowly drift southward, crossing the 30th parallel on Friday, but without any quick movement towards the mid-latitudes because of a barometric col situation.

In terms of intensity, environmental conditions remain conducive, with low wind shear and very good upper-level divergence, which will even continue until Thursday.

After the temporary weakening due to the eyewall replacement, Emnati should resume intensification from this Monday evening and as it progresses towards Madagascar, potentially regaining intense tropical cyclone strength before landfall.

Between Wednesday night and Thursday, Emnati should emerge at sea in a fairly weakened state with a poorly consolidated center but should experience a modest re-intensification before evolving into a post-tropical system on Friday by moving over colder sea surface temperatures and under the influence of increasing shear and dry air advection over the north off the circulation. 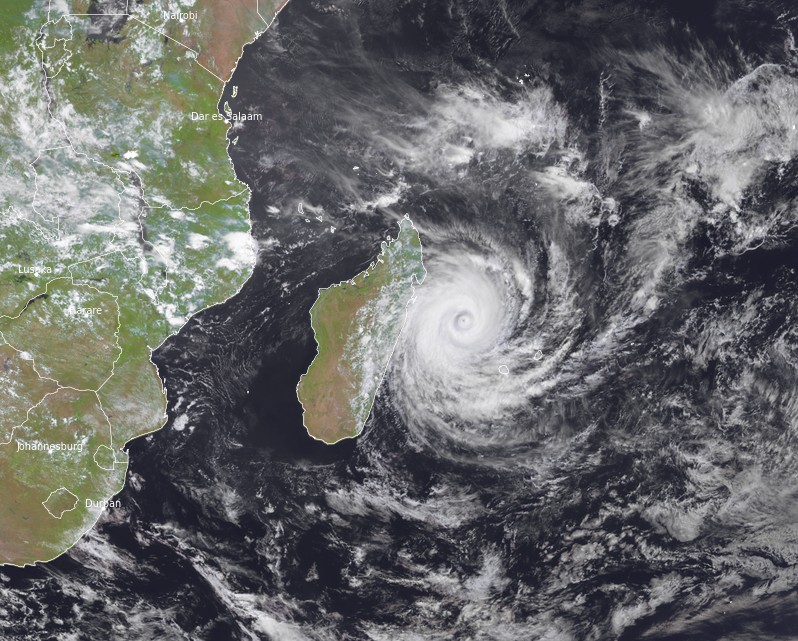 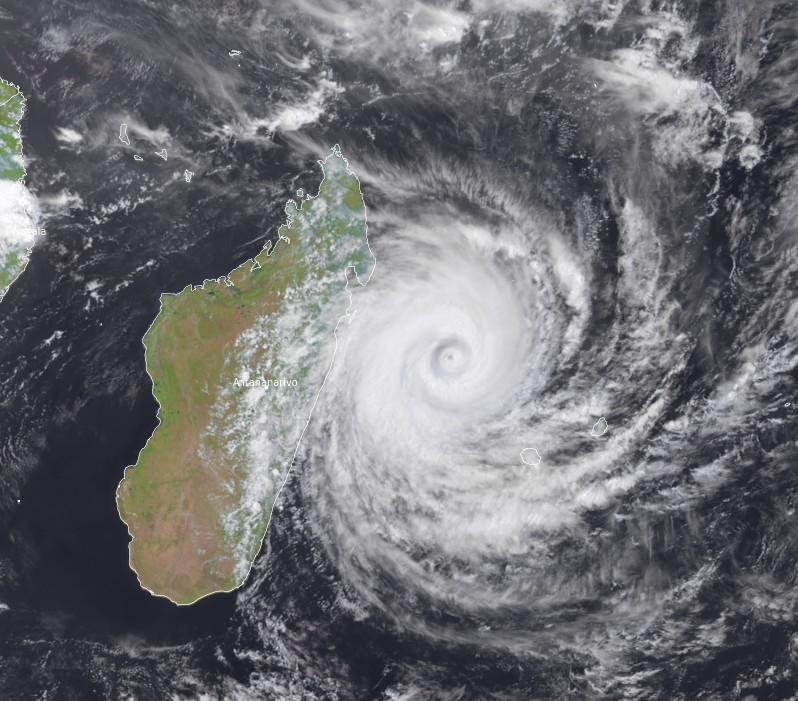 Disturbed weather this Monday evening in the wake of the cyclone which is slowly moving away (strong gusts in the highlands, locally sustained precipitations and high swell on the north of the island). Improvement is expected on Tuesday.

Emnati is a very dangerous cyclone that should make landfall on Tuesday evening potentially as an intense tropical cyclone. The landfall area is still uncertain, with a higher probability over the Fianarantsoa Province, especially between Mananjary, Manakara, and Farafangana (although this will need to be confirmed).

The inhabitants are invited to follow with attention the evolution of this system and to follow local authorities' instructions.