A large volcanic ash eruption started at Sangay volcano, Ecuador at around 08:20 UTC on February 8, 2022. The eruption is similar to what was observed during the greatest activity of the current eruptive period.

At this time, there is no seismicity data due to transmission problems with the station at the volcano.

While only light rains were recorded in the sector recently, lahars could form at the volcano in case of heavy rains.

Ashfall is expected in areas W and NW of the volcano, in the provinces of Chimborazo, Bolívar, Los Ríos and Guayas. Ecuador's Geophysical Institute is urging residents living in the affected region to take the pertinent measures and follow information coming from official sources. 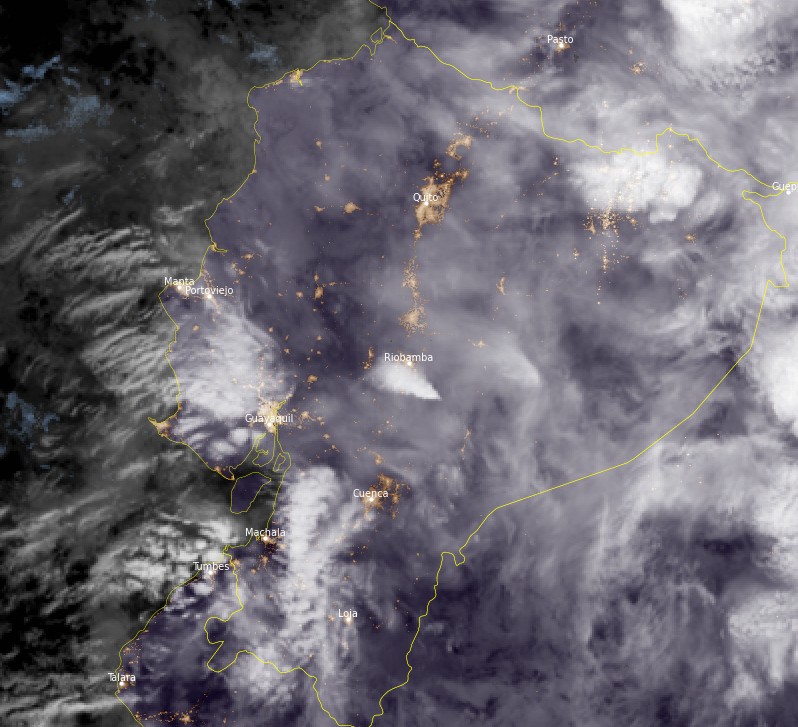 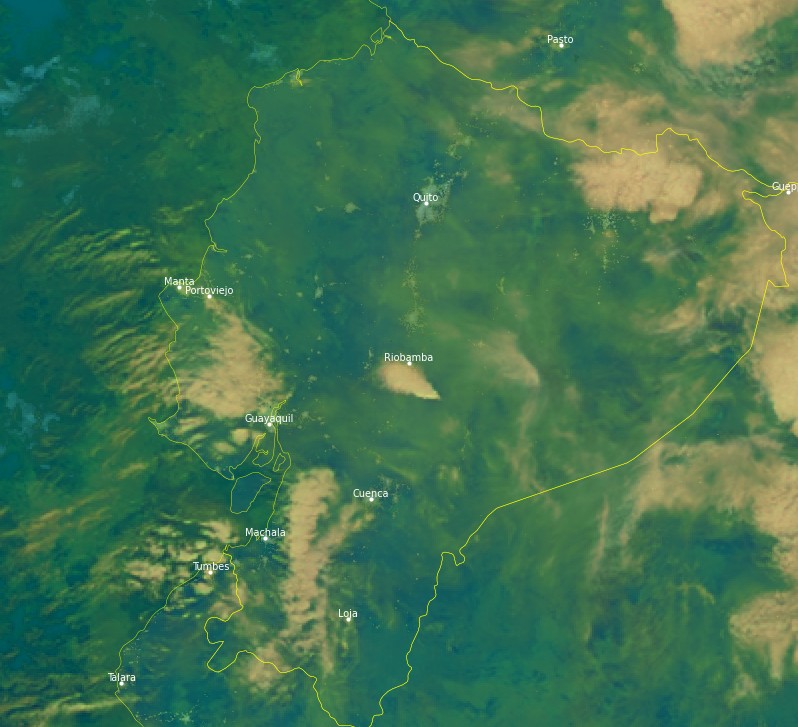 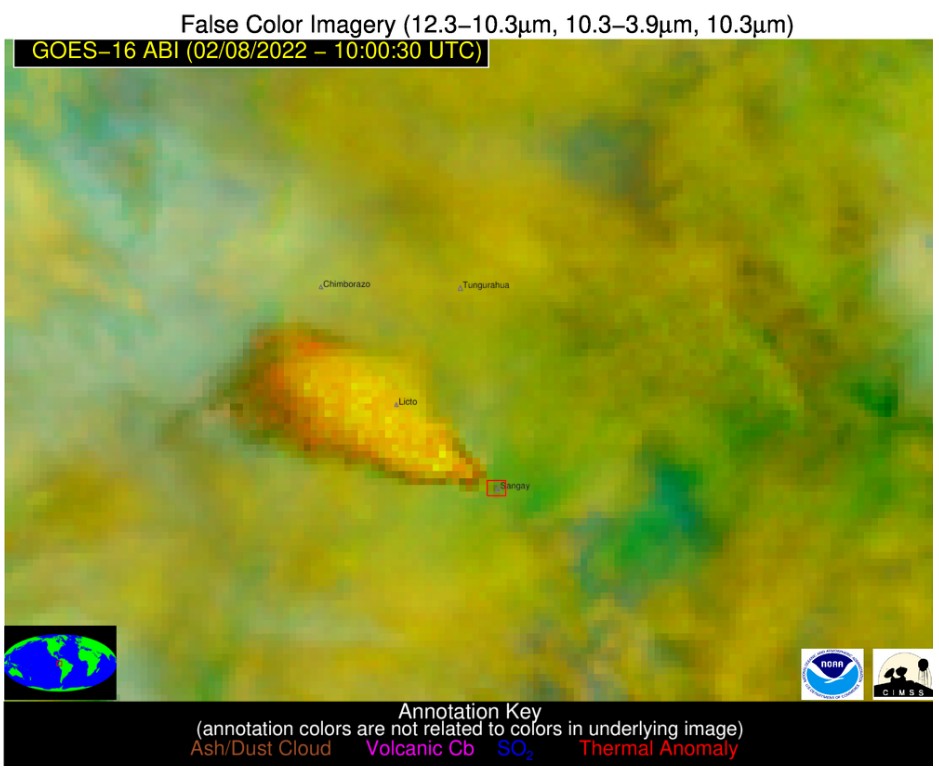 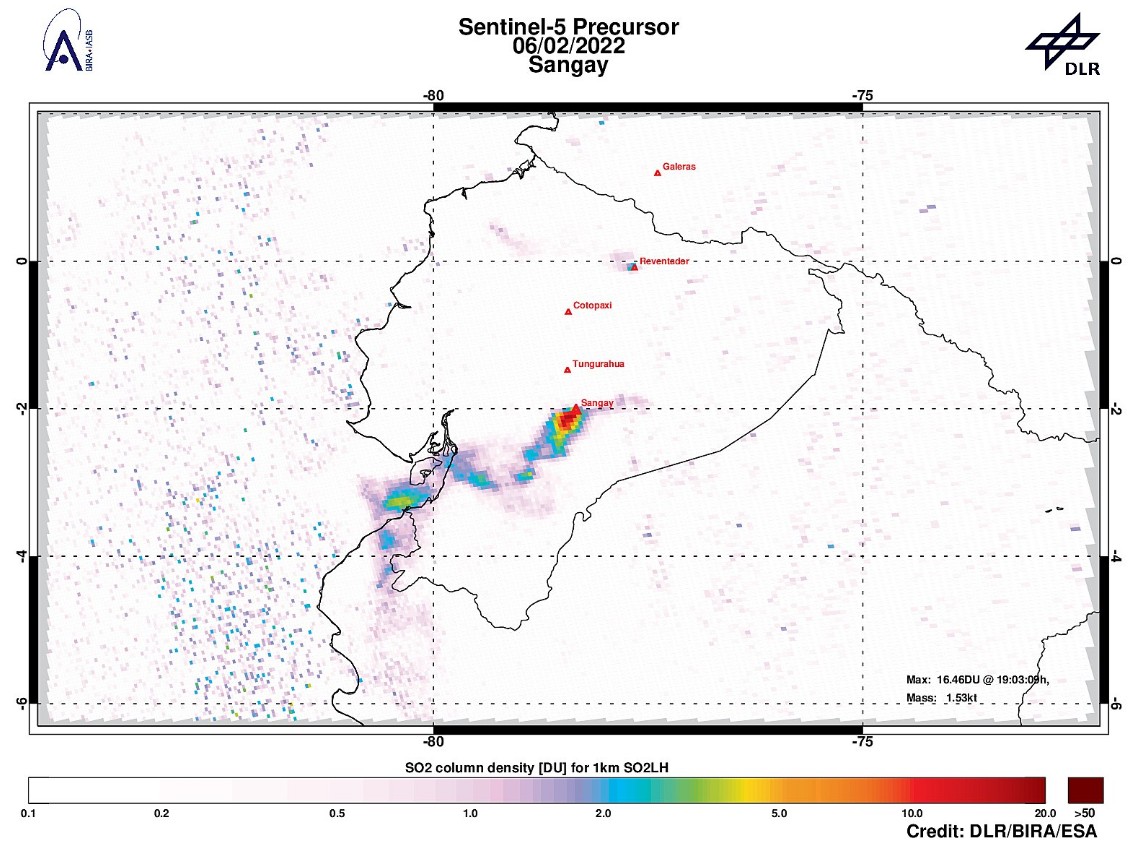 The following image of Sangay volcano was captured by IG's webcam on February 6: 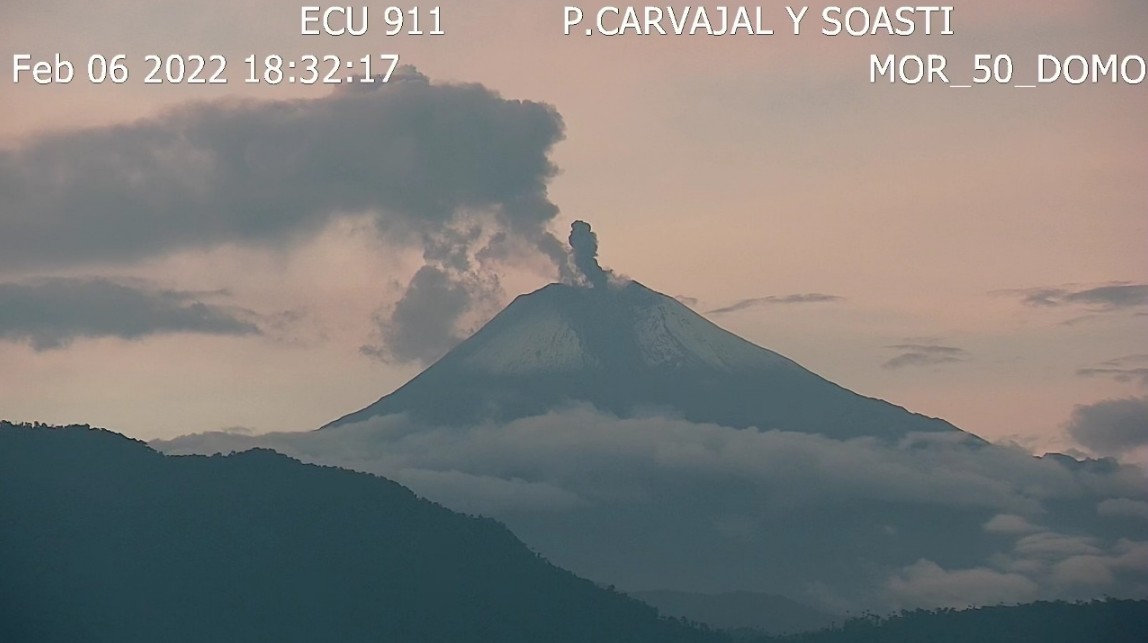 The almost constant activity has caused frequent changes to the morphology of the summit crater complex. This volcano is located within the Sangay National Park, a UNESCO World Heritage property.3