Heavy snow has been falling over Japan over the weekend, with some areas receiving record-breaking amounts. The Japan Meteorological Agency (JMA) said the snow was brought by a wintry pressure pattern combined with cold air mass.

Both figures are the highest since comparable data became available in 2001 for Maibara and in 1999 for Sapporo.1

All trains to and from JR Sapporo Station have been suspended on Monday. 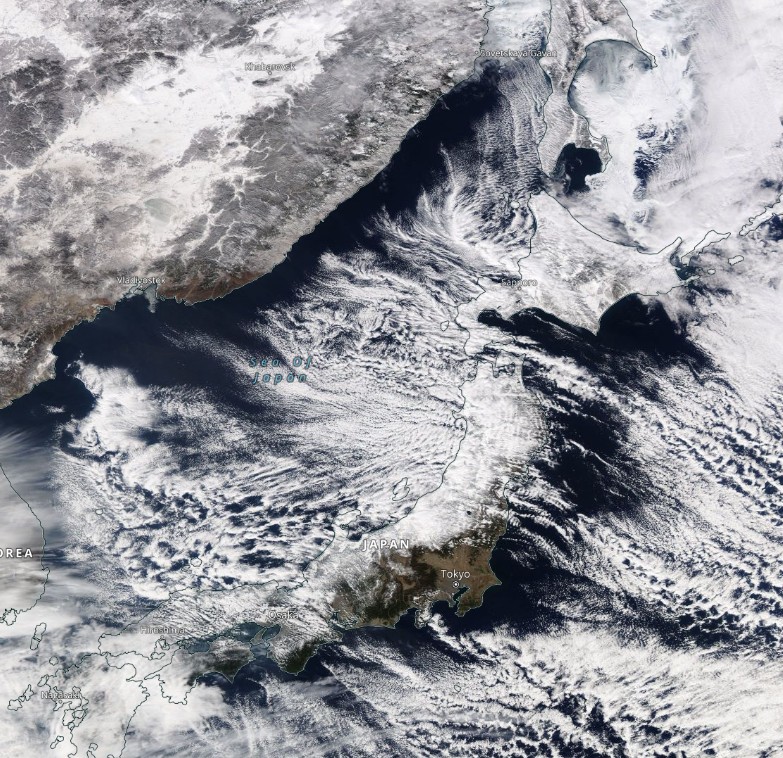 The total accumulation through 19:00 LT on Sunday, February 6 reached 3.54 m (139.4 inches) in Niigata's Tsunan Town and 2.71 m (106.7 inches) in Nagano's Nozawaonsen Village. Both figures are the most for the municipalities in the past several years.

JMA warned people living in snowy locations to be on the alert for possible power outages, avalanches and other snow-related accidents.

Many areas in Japan have received greater-than-average amounts of snow this winter, NHK reports.

Record-shattering heavy #snow has hit parts of Japan. #Sapporo had 60cm of snow in 24 hours (Sat-Sun) making it the heaviest since records started in 1999. All trains to and from JR Sapporo Station have been suspended Monday pic.twitter.com/H8IX54eNga

Heavy #snow in #Japan !#Sapporo had a snow depth of 133 cm yesterday, one of the highest so early in Feb.