A Type II Radio Emission with an estimated velocity of 329 km/s was detected at 05:57 UTC.

Type II emissions occur in association with eruptions on the sun and typically indicate a coronal mass ejection is associated with a flare event.

A Type IV Radio Emission was detected at 06:17 UTC. Type IV emissions occur in association with major eruptions on the sun and are typically associated with strong coronal mass ejections and solar radiation storms.

Additionally, the event was associated with a 10cm Radio Burst lasting 26 minutes, with a peak flux of 350 sfu.

Region 2929 has Beta magnetic configuration and is capable of producing strong solar flares but its location on the western limb doesn't favor Earth-directed coronal mass ejections.

A proton solar radiation storm reaching S1 – Minor levels is in progress. This happens around 50 times in a solar cycle. 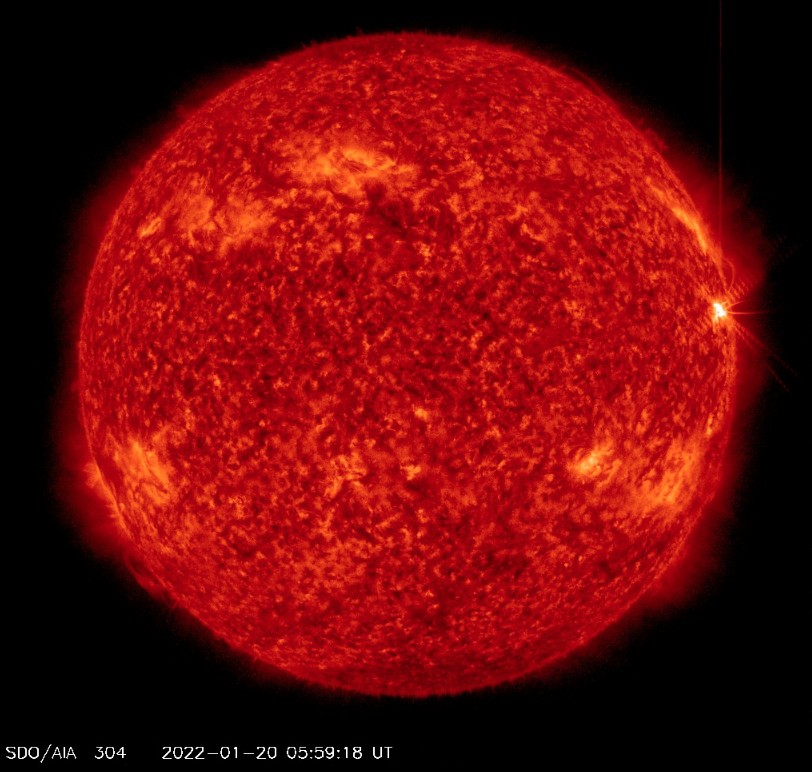 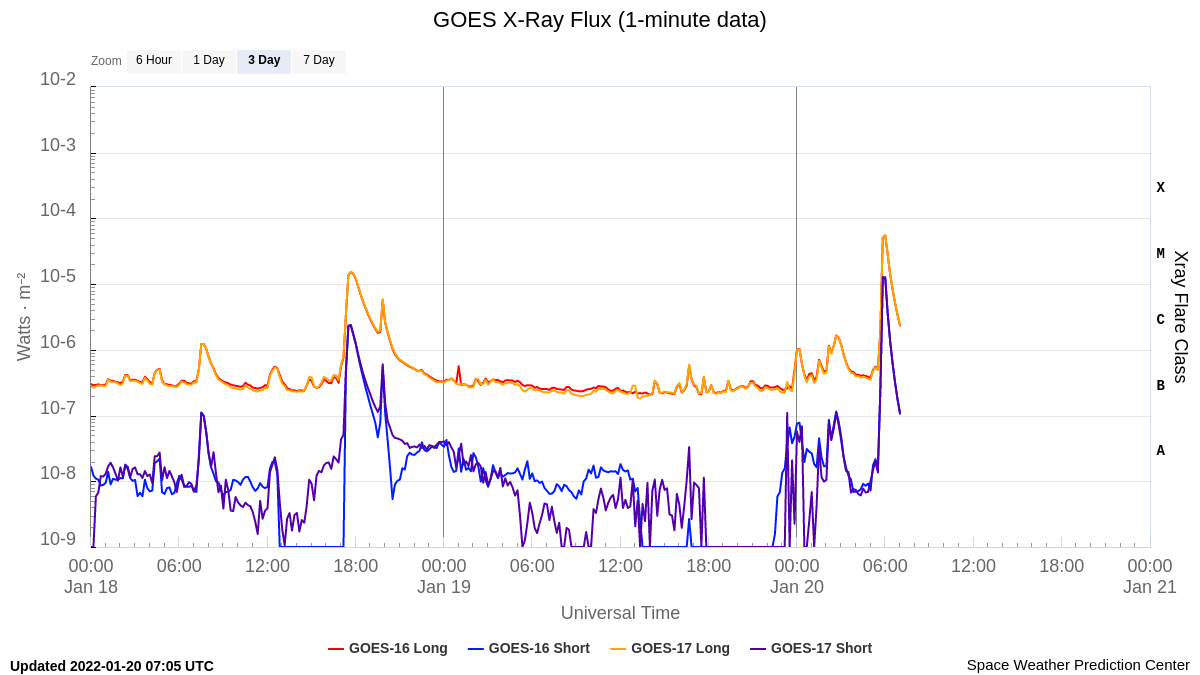 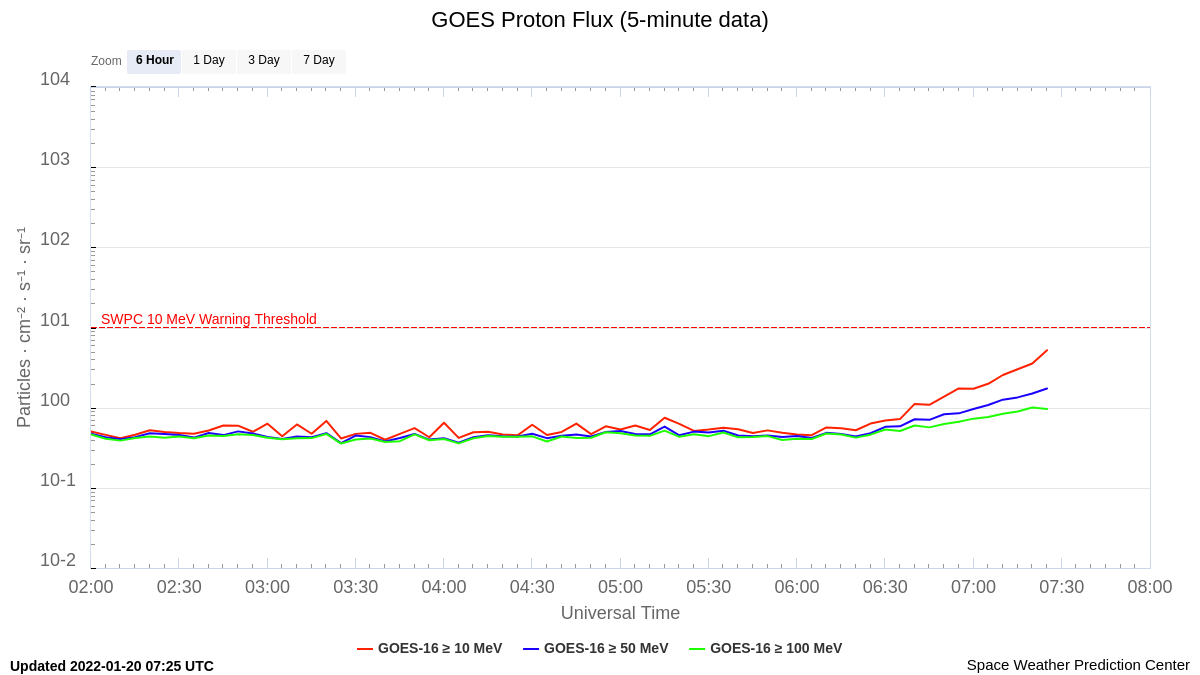 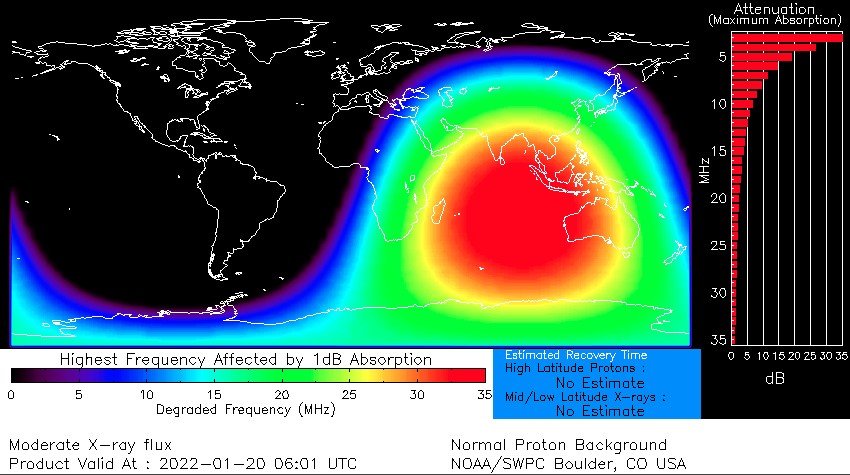 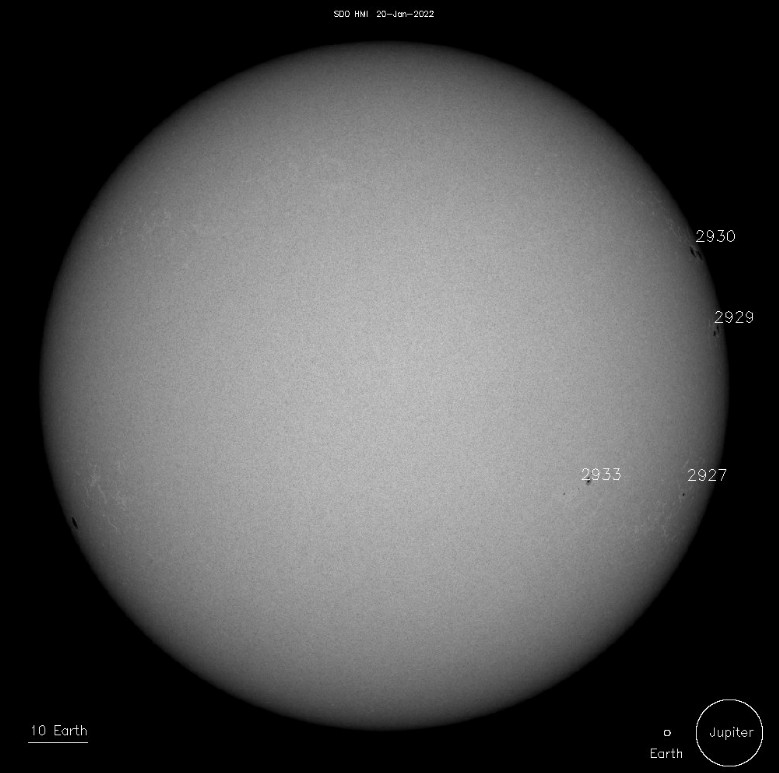 The CME associated with the M1.5 flare at 17:44 UTC on January 18 was analyzed and determined to have a possible glancing blow at Earth.1

CME passage is likely to occur on January 22 based on the speed and trajectory of the ejecta.

The geomagnetic field reached G2 – Moderate storm levels in 24 hours to 00:30 UTC on January 20, due to combined effects from a recurrent, negative-polarity CH HSS and possible transient. An isolated period of G1 – Minor geomagnetic storming was also observed.

Quiet to unsettled conditions are expected to prevail for the later part of January 20 and into January 21 as combined CH HSS/CME influence continues to lessen.

Quiet to unsettled levels should persist on January 22 as weak effects from the January 18 CME arrive.