A prolonged period of heavy snow falling over the Sierra Nevada mountain range since December 10 dramatically increased its snowpack and by December 27 piled up to 455 cm (193.7 inches) at the UC Berkeley's Central Sierra Snow Laboratory.

At the University of California, Berkeley's Central Sierra Snow Laboratory near Donner Pass, 455 cm (193.7 inches) of snow was recorded in December 2021, breaking the old December record of 454.6 cm (179 inches) set in 1970, lab officials said on December 27, adding that snow rates are still heavy. 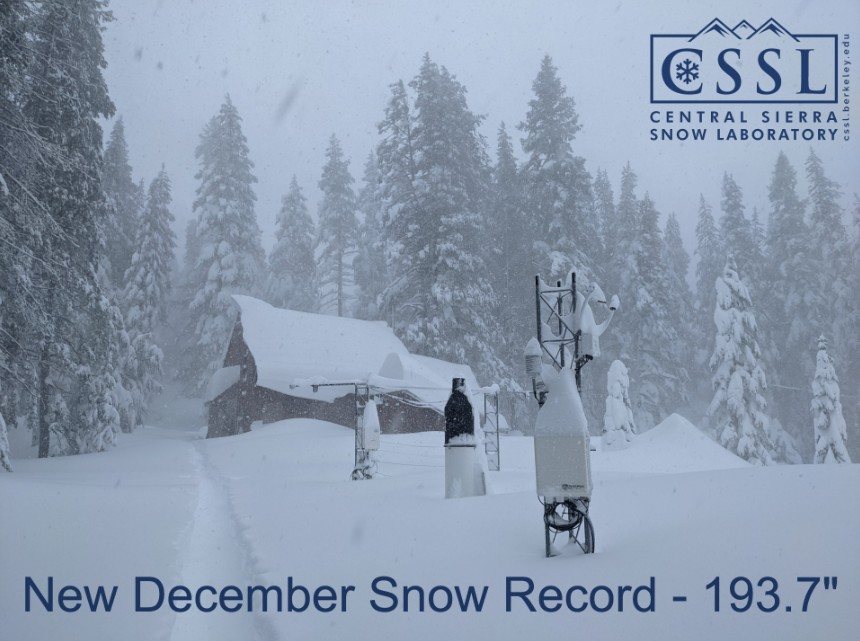 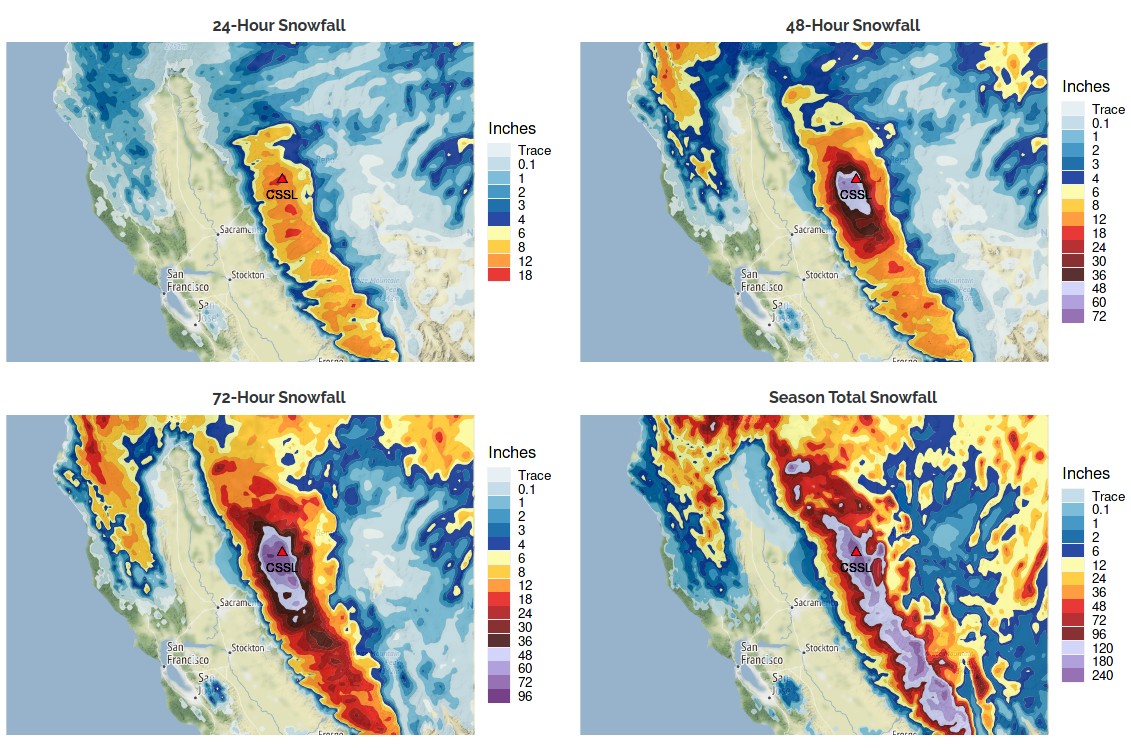 It's interesting to note that three of the top 5 snowiest months in the Sierra Nevada occurred during the last five seasons: 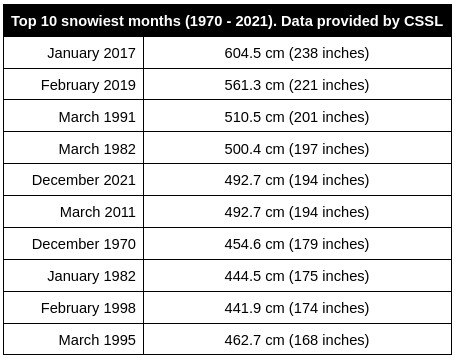 California statewide, the percentage of average snowpack jumped from 19% on December 10 to 98% on December 17. This made the snow in the central Sierra at 102% of normal for this date. It was just 22% on December 10.

With more snow in the forecast, the California Department of Water Resources said on December 27 that the snowpack was between 145% and 161% of normal across the Sierra range.