Solar activity reached moderate levels over the past 24 hours with an M1.8 solar flare from AR 2908 at 11:36 UTC on December 20, 2021. Initial analysis indicated the likelihood of the northern flank arrival of associated CME on December 23.

Eight sunspot groups were present on the visible disk in 24 hours to 00:30 UTC on December 21.1

Region 2909 (S21E01, Cso/beta) changed little, and was the source of a C4 flare at 03:21 UTC on December 20. This CME appeared associated with a faint CME off the east limb as noted in available coronagraph imagery.

The total Interplanetary Magnetic Field (IMF) strength decreased from a peak of 14 nT at 00:30 UTC on December 20 to values of 5 – 7 nT. The Bz component varied between orientations, with a few periods of pronounced southward deflection.

Elevated solar wind speed due to CH HSS influences are expected to continue through December 22, with some weakening effects on December 22 as CH HSS effects wane.

Further weakening, with speeds decreasing to ~450 km/s is likely on December 23. However, initial analysis suggests the M1.8 flare associated CME could arrive at Earth as a glancing blow later on December 23.

The geomagnetic field is expected to respond with quiet to active conditions on December 21 and 22 as CH HSS effects continue, but begin weakening on December 22.

A glancing blow CME arrival later on December 23 could lead to at least active levels, with a good chance for G1 – Minor storm levels. 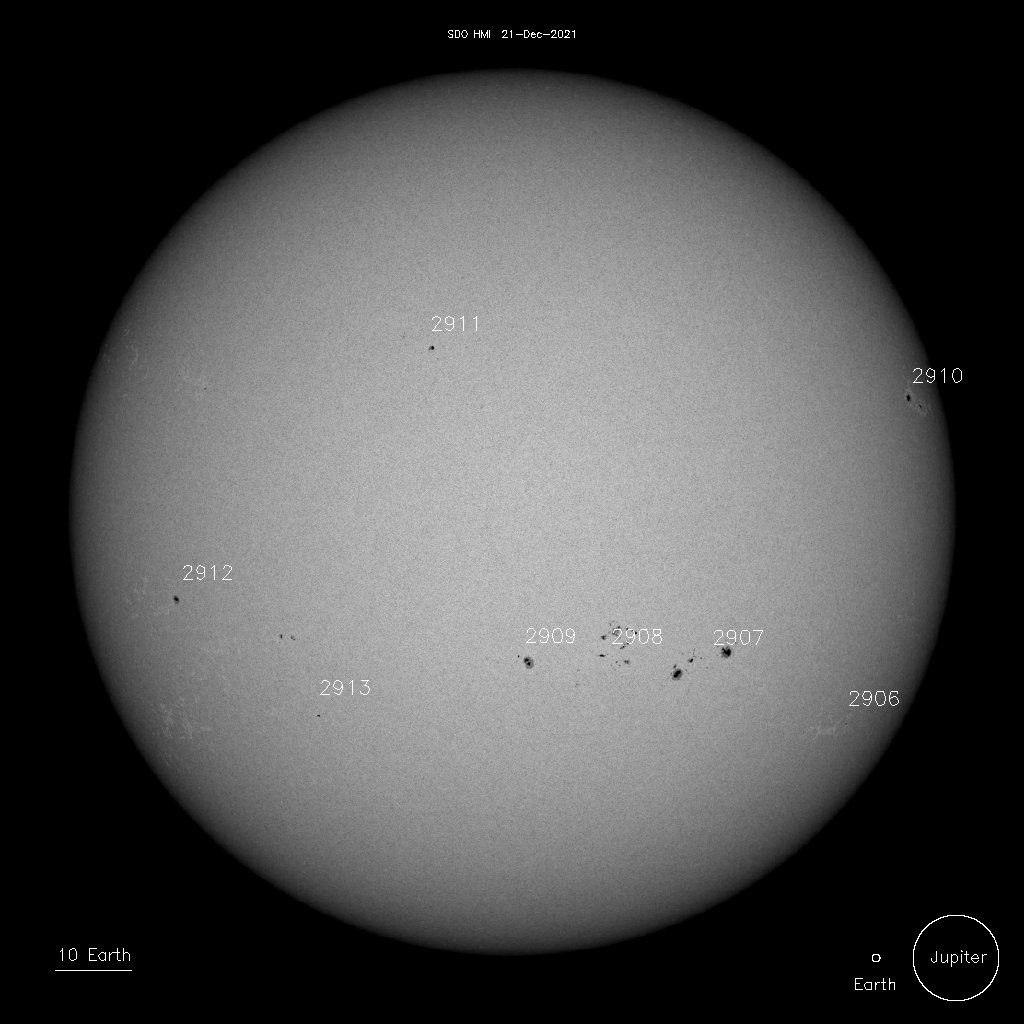 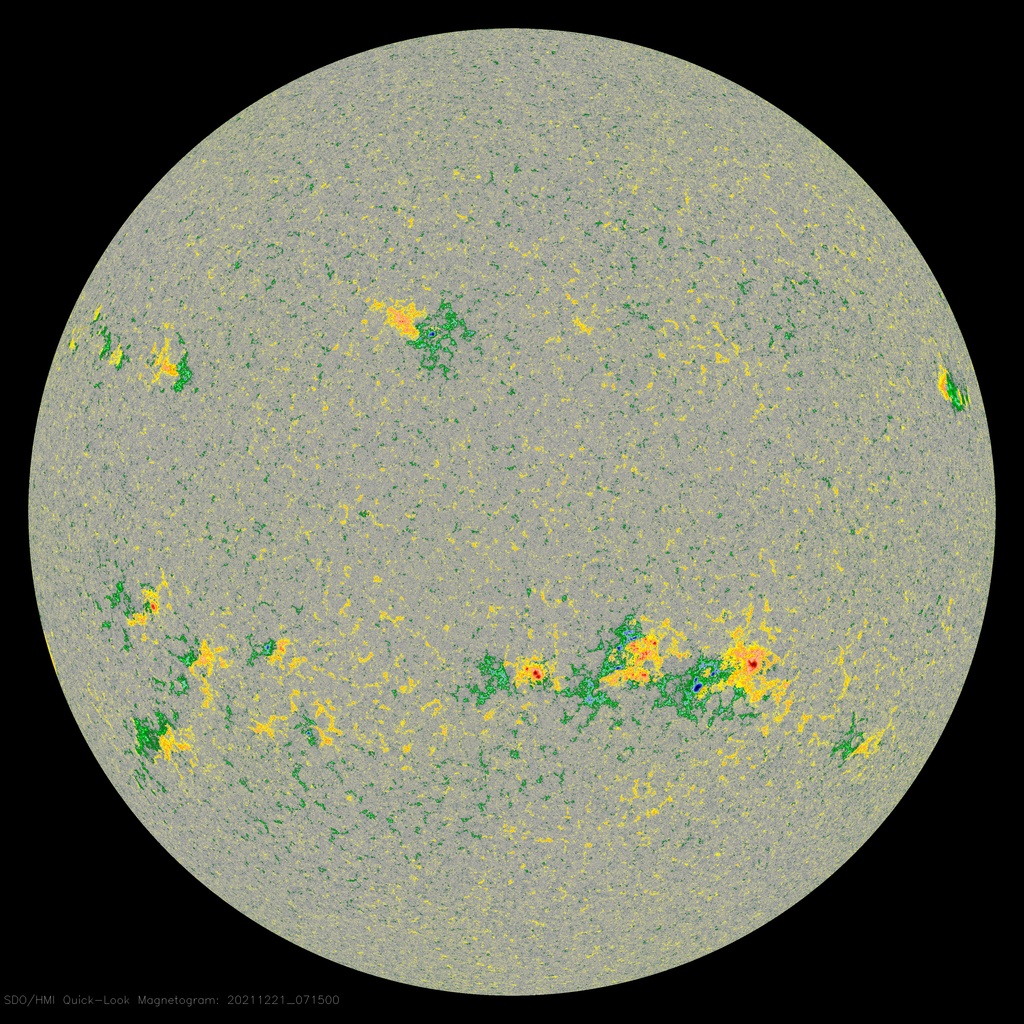