Western University meteorite experts are seeking the public's assistance in sharing their private video footage after a meteorite fragment smashed through a roof of a private home in British Columbia, Canada at 23:33 LT on October 3, 2021 (05:33 UTC, October 4), and ended on the owner's bed.

According to Ruth Hamilton of Golden, B.C, whose home was impacted by the meteorite, the object weighed nearly 1.3 kg (3 pounds) and was the size of a large fist. It missed Hamilton's head while she was sleeping.1

Hamilton told USA Today she initially thought a tree had fallen onto her home, only to realize none appeared to fall. After police responded to the scene, one officer suggested a blast from nearby construction work might have sent a rock through her house, only to confirm no blast was done that night.

A meteorite crashed through a woman's roof in Canada and landed on her pillow while she slept. Depending on age and composition, it could be worth over $100k #space pic.twitter.com/3RWUfInl8f

A pan-Canadian investigative team is now asking the public for help in locating more videos of the fireball, which delivered the meteorite.2

"We are asking people in Golden, Kelowna and Cranbrook and all places in between to check their home and business security cameras as soon as possible as some may automatically delete important files in the next few days," said Peter Brown, Canada Research Chair in planetary small bodies.

"Video footage from smart phones, dashboard cams, and security cameras are vitally important in tracking the origin of this meteor, and by knowing its origin, we’ll have a much better chance at telling a complete story of this incredible astronomical event."

Alan Hildebrand, a planetary scientist in the Department of Geoscience at the University of Calgary, and a team member searched the predicted strewn field over the weekend and located another smaller meteorite on a residential roadside.

"We strongly expect that dozens of more meteorites will have fallen, and encourage residents to be on the lookout as they do their yard work and walk in the indicated strewn field area," said Hildebrand.

Hildebrand and his collaborators had completed a preliminary fireball trajectory solution and predicted the location of the meteorite fall in Golden, British Columbia before the fragment was recovered.

The estimated trajectory of the meteor would have been visible throughout southeastern British Columbia and central and southern Alberta. 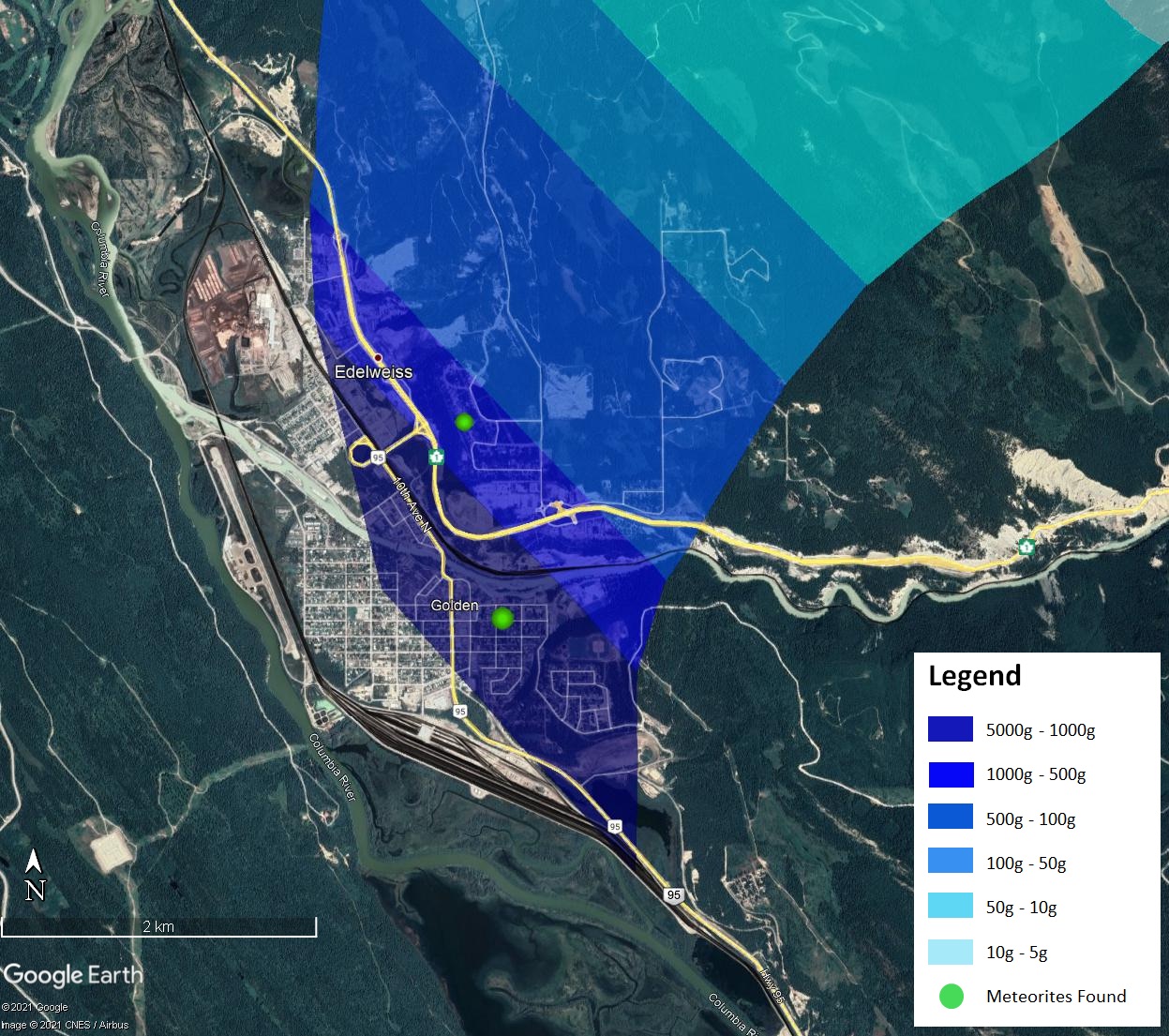 1 A meteorite slammed into her house, barely missing grandmother's head while she slept – USA Today