According to the USGS PAGER report, 15 000 people are estimated to have felt very strong shaking and 372 000 strong.

The USGS issued a Green alert for shaking-related fatalities and an Orange alert for economic losses. Significant damage is likely and the disaster is potentially widespread. Estimated economic losses are less than 1% of GDP of China. Past events with this alert level have required a regional or national level response.

Overall, the population in this region resides in structures that are vulnerable to earthquake shaking, though resistant structures exist. The predominant vulnerable building types are adobe block and unreinforced brick with mud construction. 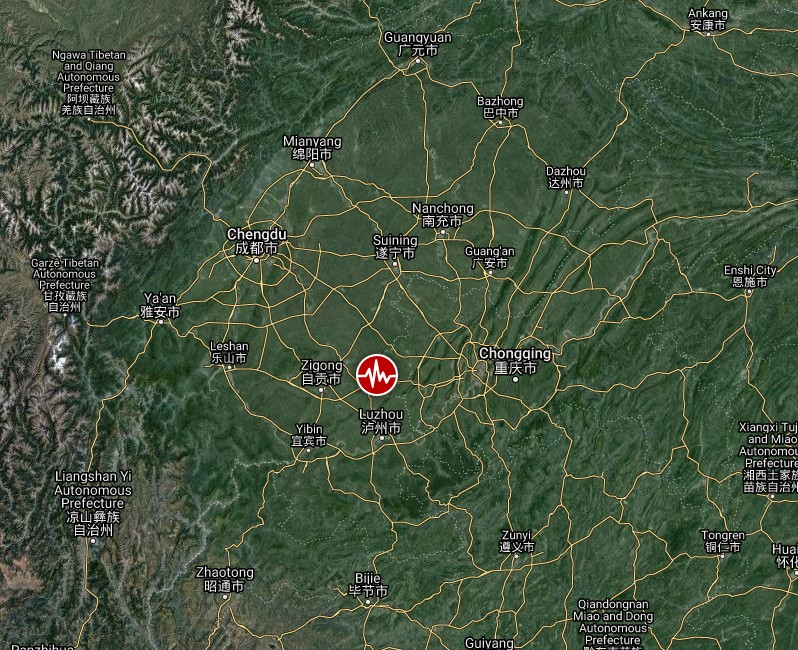 According to the deputy head of the Sichuan earthquake administration, the quake occurred in the fracture zone of Huaying Mountain.1

3 people were confirmed dead and 60 others were sent to hospital, among them 3 were seriously injured, Luzhou City emergency management bureau said.

The earthquake relief headquarters of Sichuan has activated a level-II response, the second-highest in China's four-tier earthquake emergency response system.

After the quake, Luzhou City has launched a level-I emergency response and nearly 3 000 people have been mobilized for rescue. Tents have been set up for the residents' temporary evacuation in a village of the county's Fuji Township.

The Luzhou high-speed railway station has been closed and all coal mines ordered to halt underground operations and evacuate miners in shafts.