Chanthu reached a Category 5 super typhoon status at 09:00 UTC on September 8, 2021, becoming the second super typhoon of the year. In the Philippines, this tropical cyclone is known as Kiko.

Chanthu is forecast to turn to a more westward track over the next 12 hours, and initial signs of this occurrence are already being seen in animated multispectral imagery (MSI) through 08:00 UTC, JTWC forecasters said at 09:00 UTC.2 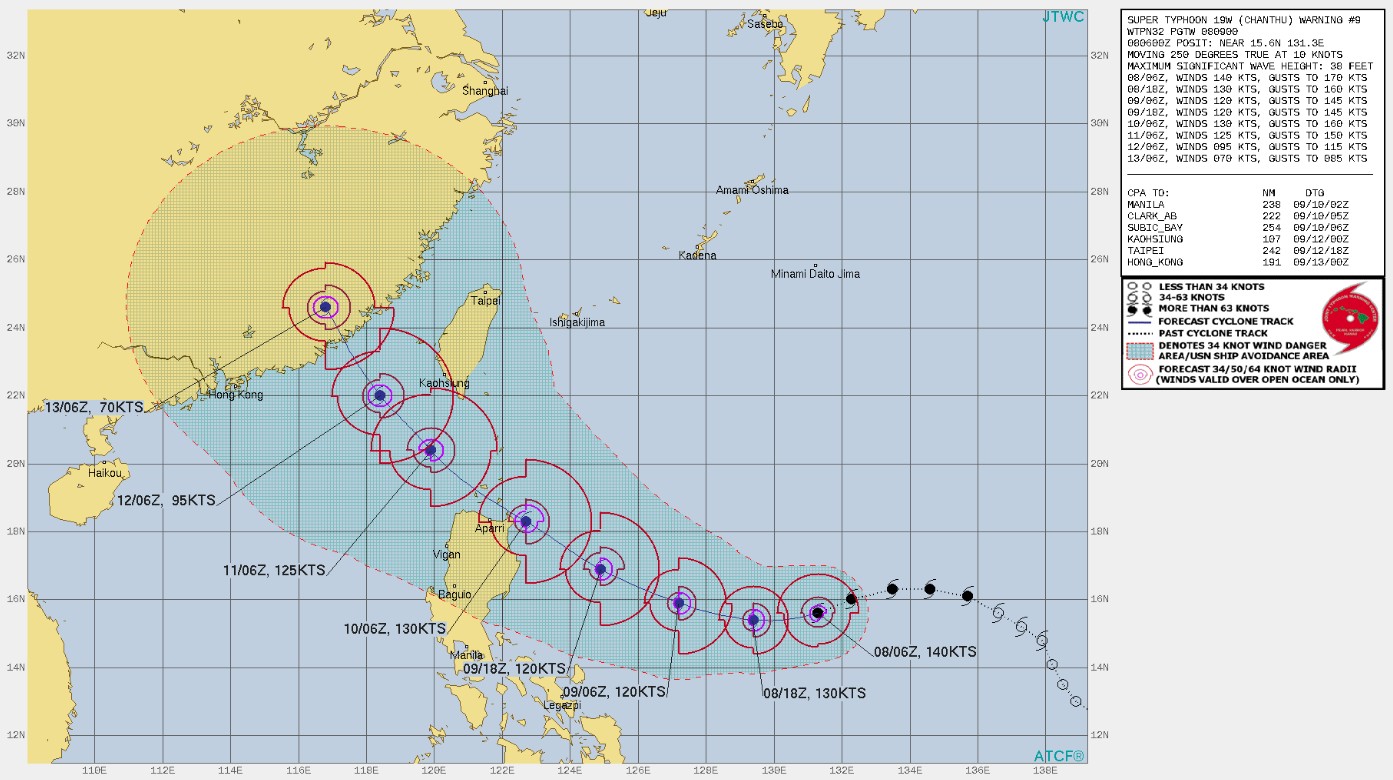 While there is no Tropical Cyclone Wind Signal currently in effect in the Philippines, PAGASA warns heavy rains associated with the typhoon may begin affecting the eastern section of Northern Luzon on Friday."The public and disaster managers in these areas are advised to continue monitoring for updates and take appropriate preparatory activities."3

The public and disaster managers, especially those in localities of Northern Luzon are advised to monitor for updates in the coming days regarding the potential for coastal inundation due to the approaching typhoon.

In the next 24 hours, the typhoon is less likely to cause sea conditions over the coastal waters of the country which may pose threat to safety of lives at sea, especially for those using small sea vessels.

However, mariners are advised to continue monitoring for updates as rough sea condition may begin affecting the northern and eastern seaboards of Luzon beginning tomorrow as the typhoon closes in on Northern Luzon.

Due to the strength of this tropical cyclone, sea condition over the waters in the northern provinces of the country will likely be risky for all types of seacrafts in the coming days, PAGASA said. 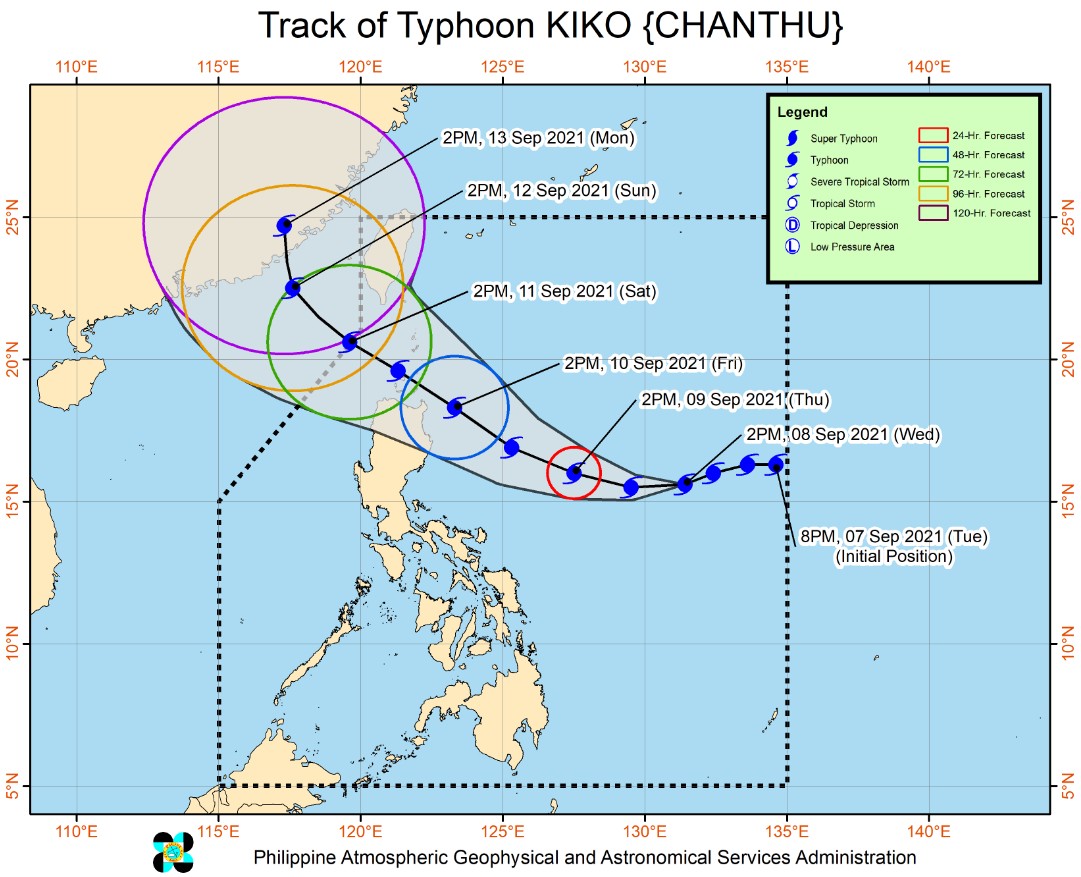 On the PAGASA forecast track, the typhoon is forecast to move westward southwestward in the next 12 hours before turning west northwestward until Friday making close approach over the northeastern section of mainland Cagayan before heading towards the vicinity of Extreme Northern Luzon.

"Afterwards, the typhoon will turn generally north northwestward and pass near the southern coast of Taiwan on Saturday before making landfall in the vicinity of southeastern China on Sunday evening or Monday morning," PAGASA said.

"The public is advised to continue monitoring for possible changes in the track forecast.

"Due to favorable environmental conditions, the typhoon is expected to continuously intensify until Saturday, when it is likely to reach its peak intensity of 185 to 205 km/h [115 – 130 mph] –  while moving over Northern Luzon. Weakening is possible on Sunday as it moves closer to Taiwan and interacts with its rugged terrain." 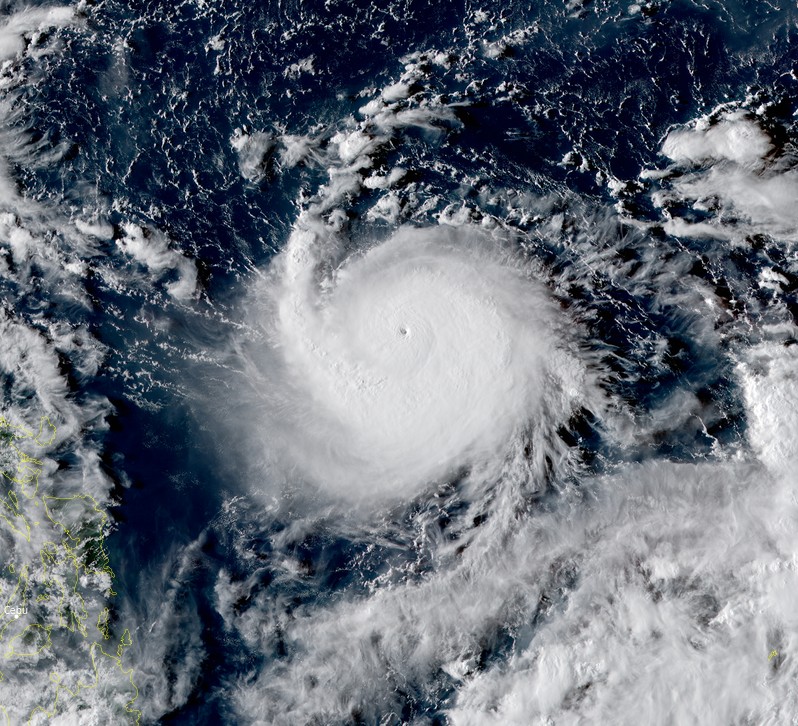