Typhoon "In-Fa" made landfall in the Putuo District of the city of Zhoushan, China's eastern province of Zhejiang at 04:30 UTC on July 25, 2021. At the time of landfall, In-Fa had a maximum wind speed of 137 km/h (85 mph), according to China Meteorological Administration (CMA).

Schools, markets, and businesses were closed ahead of landfall and more than 1.5 million people evacuated.

Strong winds produced by In-Fa were also felt in Shanghai where about 360 000 people were evacuated and all inbound and outbound flights canceled for its two international airports.

Dozens of scheduled trains were canceled, while activity at the two of the world's largest ports — Shanghai and Ningbo, were temporarily shut down.

In-Fa weakened after landfall, but CMA warned it will continue to hover over a 'wide expanse of eastern China for days,' bringing heavy rainfall, possibly to areas in Henan still recovering from last week's massive flooding in which at least 63 people died. Direct economic losses in Henan are estimated at US$2.14 billion (13.9 billion yuan).

"It's necessary to be highly vigilant and prevent disasters that may be caused by extreme rainfall, CMA said. 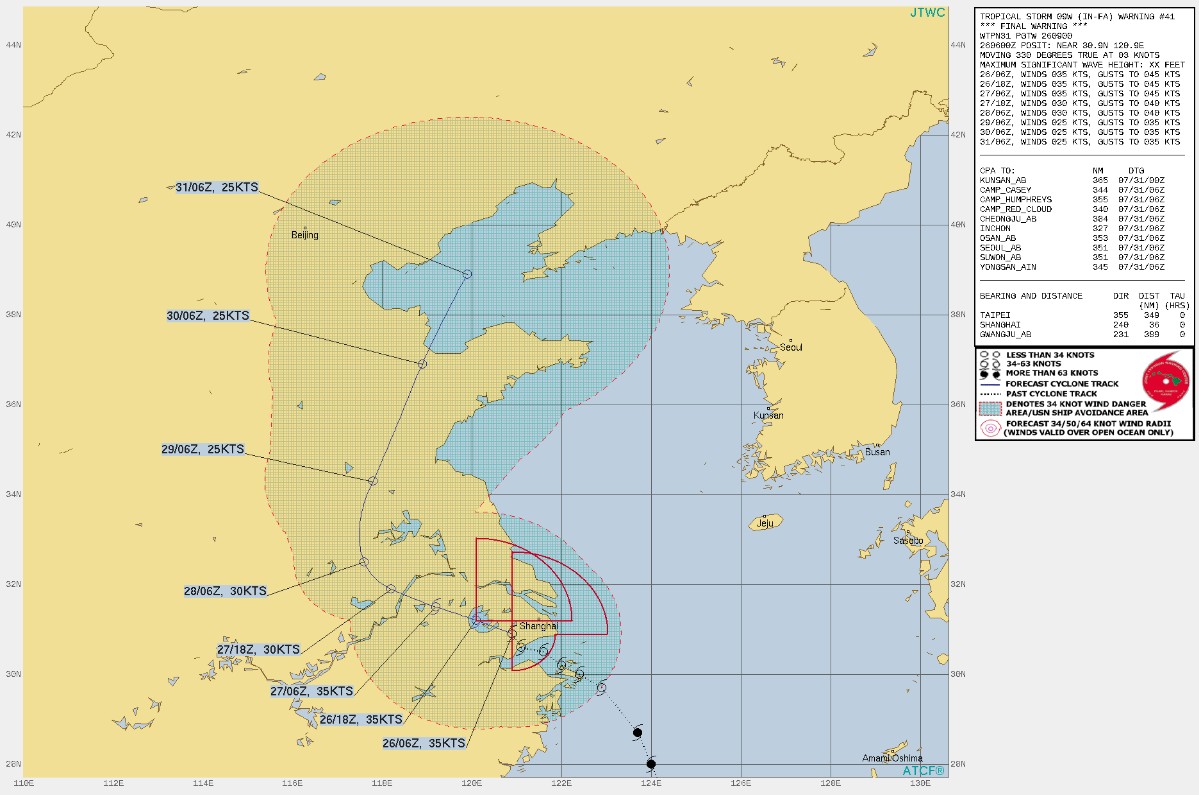 The minimum central barometric pressure was 985 hPa, and the system is moving slowly toward the NNW.

"Lots to talk about today from In-Fa finally making landfall near Shanghai after watching the storm for nearly two weeks now," meteorologist Robert Speta of the WestPacWx said.

"Meanwhile, Japan is watching Nepartak which is currently tracking west towards Tohoku north of Tokyo."

"The good news is the storm is pretty weak and ugly right now and thus will not have any significant impacts on the games outside of a few water events being postponed. Meanwhile, the Philippines is being impacted by a monsoonal surge today, with lots of rain still impacting the islands there through the upcoming week."