High levels of volcanic sulfur dioxide or SO2 gas emissions and steam-rich plumes that rose 1 500 m (4 900 feet) before drifting southwest were generated from the Taal Main Crater. 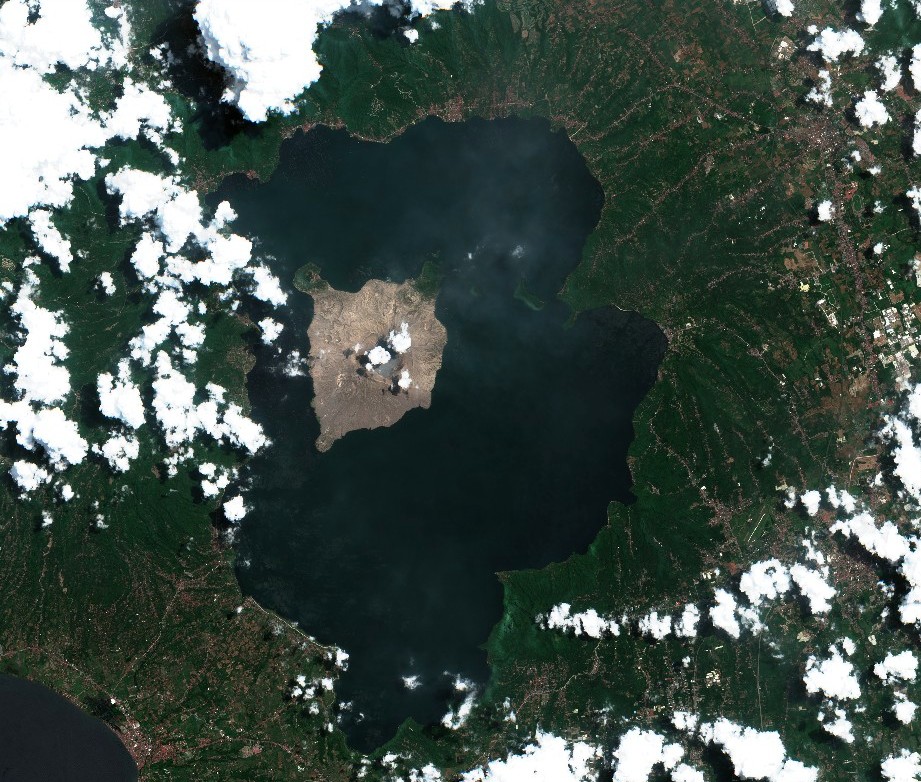 "The public is reminded that the entire Taal Volcano Island is a Permanent Danger Zone (PDZ), and entry into the island as well as into the high-risk barangays of Agoncillo and Laurel must be prohibited due to the hazards of pyroclastic density currents and volcanic tsunami should strong eruptions occur," PHIVOLCS said.

All activities on Taal Lake should not be allowed at this time, it added.

"Communities around the Taal Lake shores are advised to remain vigilant, take precautionary measures against possible airborne ash and vog and calmly prepare for possible evacuation should unrest intensify."

Pilots are reminded to avoid flying over Taal Volcano Island as airborne ash and ballistic fragments from sudden explosions and pyroclastic density currents such as base surges may pose hazards to aircraft.

The highest levels of volcanic sulfur dioxide or SO2 gas emission at Taal volcano were recorded on July 4, 2021, at an average of 22 628 tonnes/day — representing the highest ever recorded over the volcano.

A major eruption at Taal in January 2020 ejected volcanic ash up to 16.7 km (55 000 feet) above sea level, according to data provided by the Tokyo VAAC. The volcano produced powerful pyroclastic and lava flows, destroying scores of homes, killing livestock, and forcing more than 135 000 people to evacuate.

Taal has produced some of the Philippines' most powerful eruptions. Large pyroclastic flows and surges from historical eruptions have caused many fatalities.

[From our archives: Taal]