At least 2 people have been killed and 7 others injured after severe thunderstorms produced strong winds and at least 5 tornadoes across the Gulf Coast, U.S. on April 9, 2021.

A 28-year-old man was killed and 7 others injured after an EF-3 tornado with estimated peak winds of 225 km/h (140 mph) touched down in Palmetto, Louisiana, destroying at least 6 homes and 2 trailers on Friday, April 9.

In Shreveport, Louisiana, a 48-year-old man was killed after a tree fell onto his mobile home. The Caddo Sheriff's Office said there were strong winds in the area when the incident occurred.

5 tornadoes were confirmed on April 9 – 2 in Louisiana, 2 in Mississippi, and 1 in Arkansas. 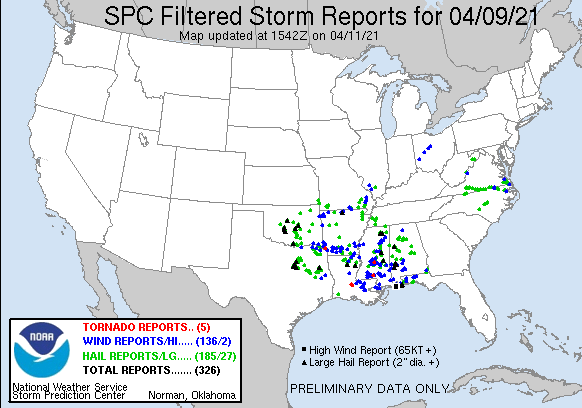 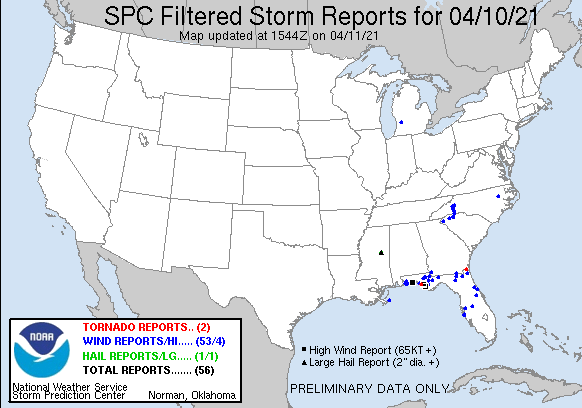 As of Saturday afternoon, April 10, more than 50 000 customers were without power across Arkansas, Florida, Louisiana, and Mississippi.