After striking Nicaragua on November 2 as a Category 4 hurricane and leaving more than 235 people dead in Central America, Eta made landfall along the south-central coast of Cuba at around 09:00 UTC on November 8 and in Lower Matecumbe Key in Florida, U.S at 04:00 UTC on November 9, both with maximum sustained winds of 100 km/h (65 mph) – tropical storm strength.

A Tropical Storm Watch is in effect for the Cuban provinces of La Habana, Artemisa, Mayabeque, Pinar del Rio, and the Isle of Youth.

A west to west-southwest motion with some reduction in forward speed is expected later today (EST) and tonight.

Little overall motion is expected on Tuesday, November 10, and a slow northward motion is forecast on Wednesday. 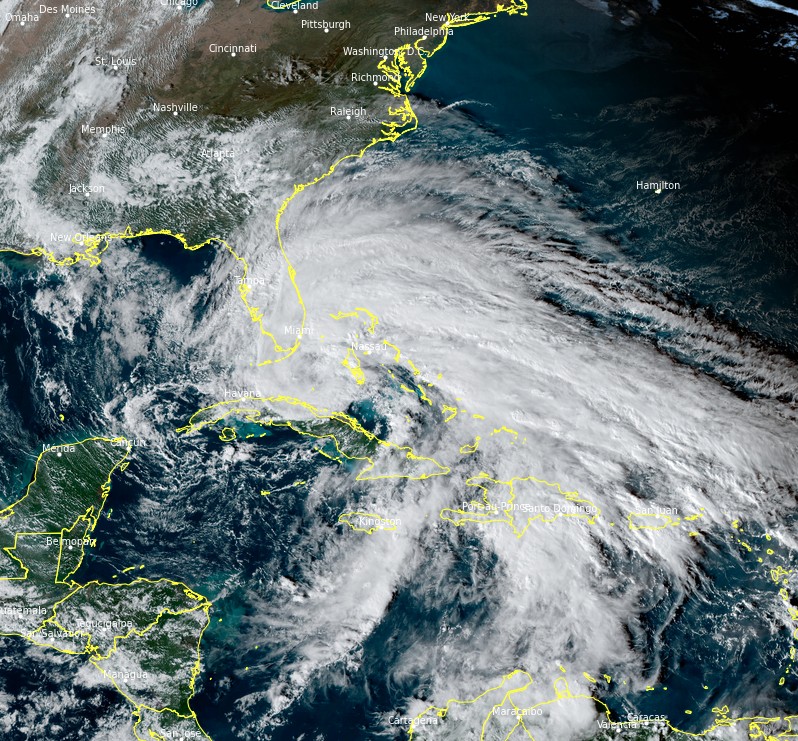 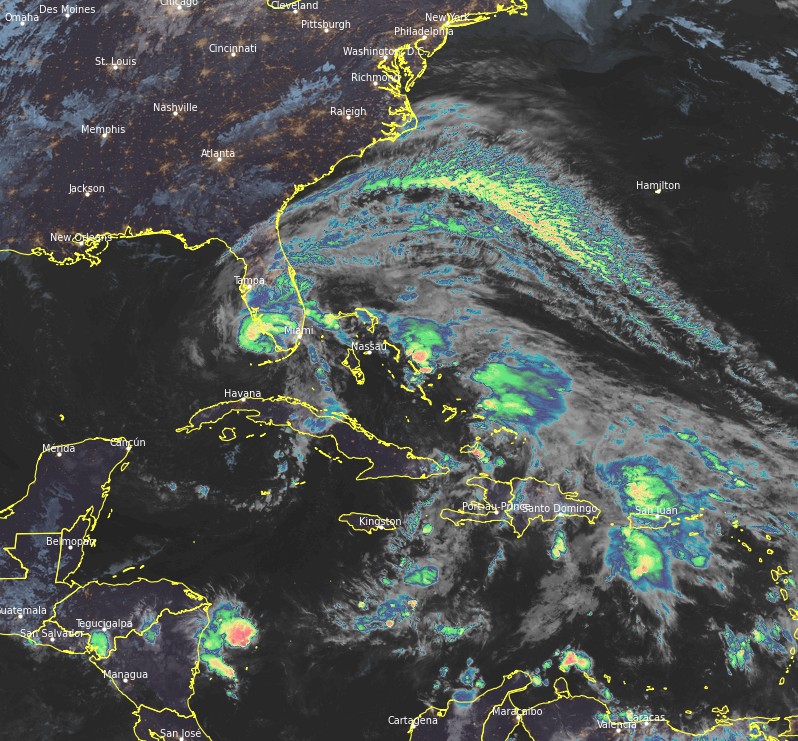 On the forecast track, the center of Eta will gradually pull away from the Florida Keys and south Florida today and be over the southeastern Gulf of Mexico tonight through Wednesday.

Some strengthening is forecast during the next day or so, and Eta is forecast to become a hurricane when it moves over the southeastern Gulf of Mexico, according to the NHC. 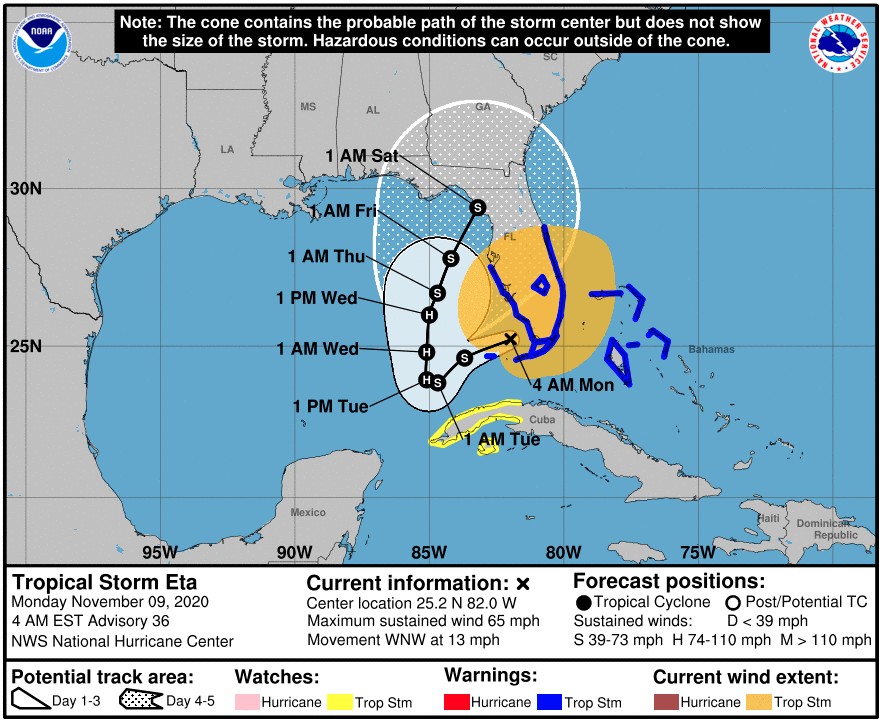 "However, there will be a fair amount of dry air surrounding Eta, and that should limit the amount of intensification. Beyond a couple of days, depending on exactly where Eta is, the models show an increase in westerly shear, which in combination with the dry air should cause a slow decay," NHC forecaster Cangialosi noted.

"The NHC intensity forecast is unchanged from the previous one, and is also of low confidence since its unclear where Eta will be located later in the week."

At least 235 fatalities have been reported across Central America since November 2, including about 150 in Guatemala, 41 in Honduras, 22 in Mexico, 17 in Panama, 2 in Nicaragua, two in Costa Rica, and 1 in El Salvador.