By 21:00 UTC on the same day, Teddy strengthened into a Category 4 hurricane, with additional strengthening forecast into September 18.

The cyclone was moving NE at 19 km/h (12 mph) and this general motion is expected to continue for the next couple of days, followed by a turn to the north by early next week. 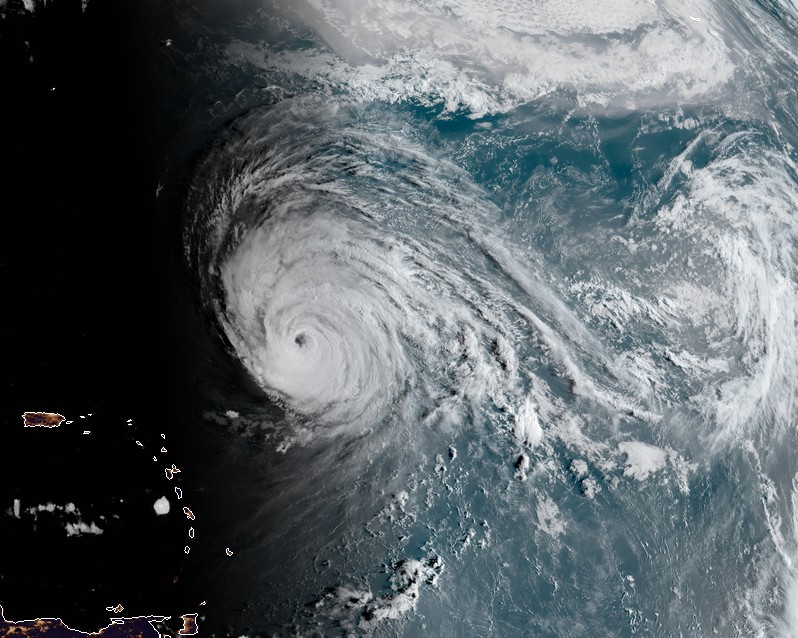 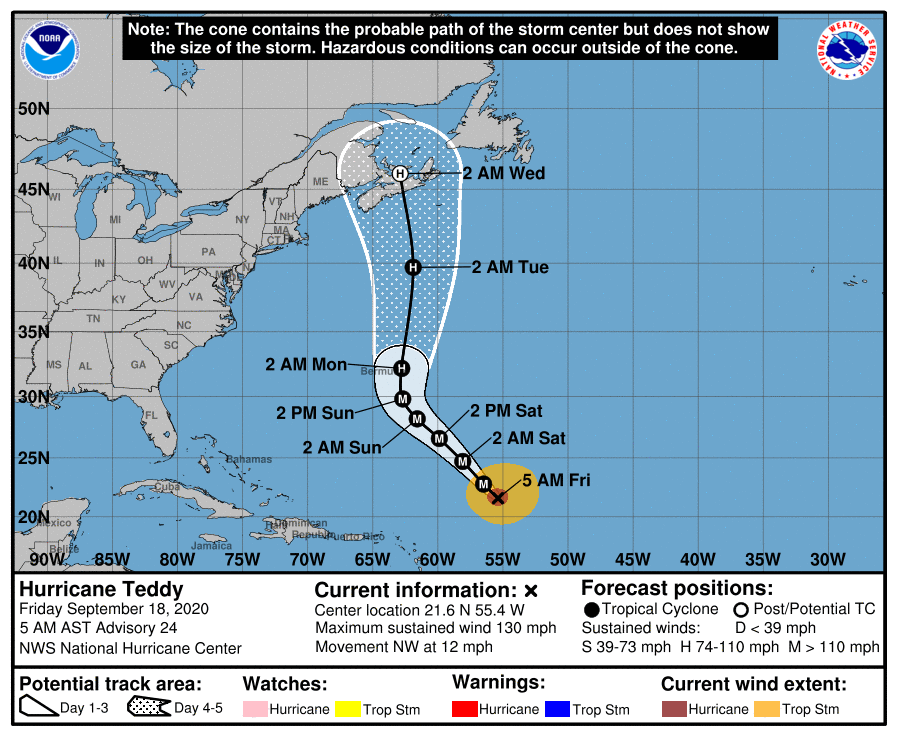 Some fluctuations in strength are expected during the next day or so, and Teddy is expected to be a Category 2 or 3 hurricane when it approaches Bermuda on September 20 and 21.

After that, Teddy is expected to race toward the north and make landfall in Nova Scotia early Wednesday, September 23 as a hurricane.