After spending 17 years underground, as many as 1.5 million cicadas per acre may emerge in parts of the eastern U.S. this year, Virginia Tech said in a news release.

Residents in Southwest Virginia, parts of North Carolina, and West Virginia could witness such a rare phenomenon that has not occurred in much of the area since 2003 or 2004. Each periodical cicada brood covers a particular geographical region, with some areas overlapping.

The species make up 15 separate broods, with Brood IX coming out this year as part of their 17-year cycle. The insects are harmless to humans, the noise they make could become an issue.

"Communities and farms with large numbers of cicadas emerging at once may have a substantial noise issue," Eric Day predicted, Virginia Cooperative Extension entomologist in Virginia Tech's Department of Entomology in the College of Agriculture and Life Sciences.

"Hopefully, any annoyance at the disturbance is tempered by just how infrequent– and amazing– this event is." 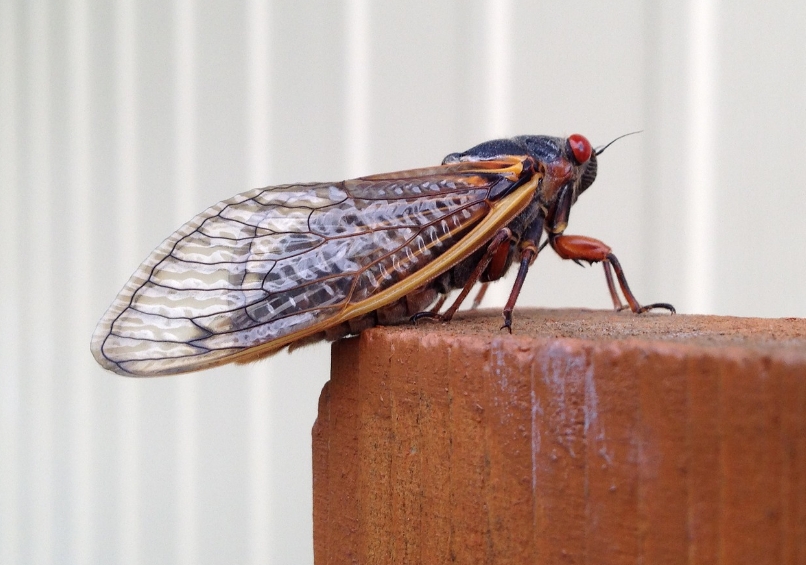 As adults, the insects live for only two to four weeks, but during that time, they can cause major damage to young trees, including apple, dogwood, peach, cherry, pear, and hickory. They also pose a danger to orchids, vines, and saplings due to their females' egg-laying habits.

"Cicadas can occur in overwhelming numbers and growers in predicted areas of activity should be watchful," said Doug Pfeiffer, a professor and extension specialist in Virginia Tech's Department of Entomology.

Cicadas are large, clear-winged insects with bulbous eyes that occur either every year or periodically– every 13 or 17 years– depending on the species. Periodical cicadas spend most of their lives as immatures called "nymphs", living in the soil and feeding on roots of trees.

Why the insects emerge on those specific periods remains unclear, though some scientists think it could help them avoid predators.