Ongoing rains in Kenya continue to cause widespread and damaging floods in the western and eastern counties, displacing as many as 32 000 people so far since March 2020, according to the Kenya Red Cross Society (KRCS). The death toll from massive mudslides and flooding in Elgeyo Marakwet and West Pokot has risen from six to 29, President Uhuru Kenyatta confirmed on April 26.

In Western Kenya, more than 1 000 families have been displaced by flood along the Lake Victoria shoreline in Homa Bay county. Several families left their flooded homes in Nyando and Kisumu, KRCS added. In Siaya county, the swollen Nzoia River destroyed farms and also displaced families in Usonga.

In the southeast region, the Tana River broke its banks, displacing about 300 families in the county, according to Kenya Broadcasting Corporation. Floodwaters hit the village of Jarirot in Garissa county, trapping more than 50 people who were eventually rescued. Inundations were reported in Kilifi county.

Since heavy rains began in March, up to 32 000 individuals have been displaced across the country. The affected people are either staying in neighboring communities or seeking shelter in temporary evacuation centers.

"Kisumu County and the nation at large is facing probably the most trying time of our independence history," Kisumu county governor Anyang' Nyong'o stated.

"Never before have we had to deal with multiple disasters at the same time with far-reaching effects on populations as we do today. Indeed this is unprecedented." 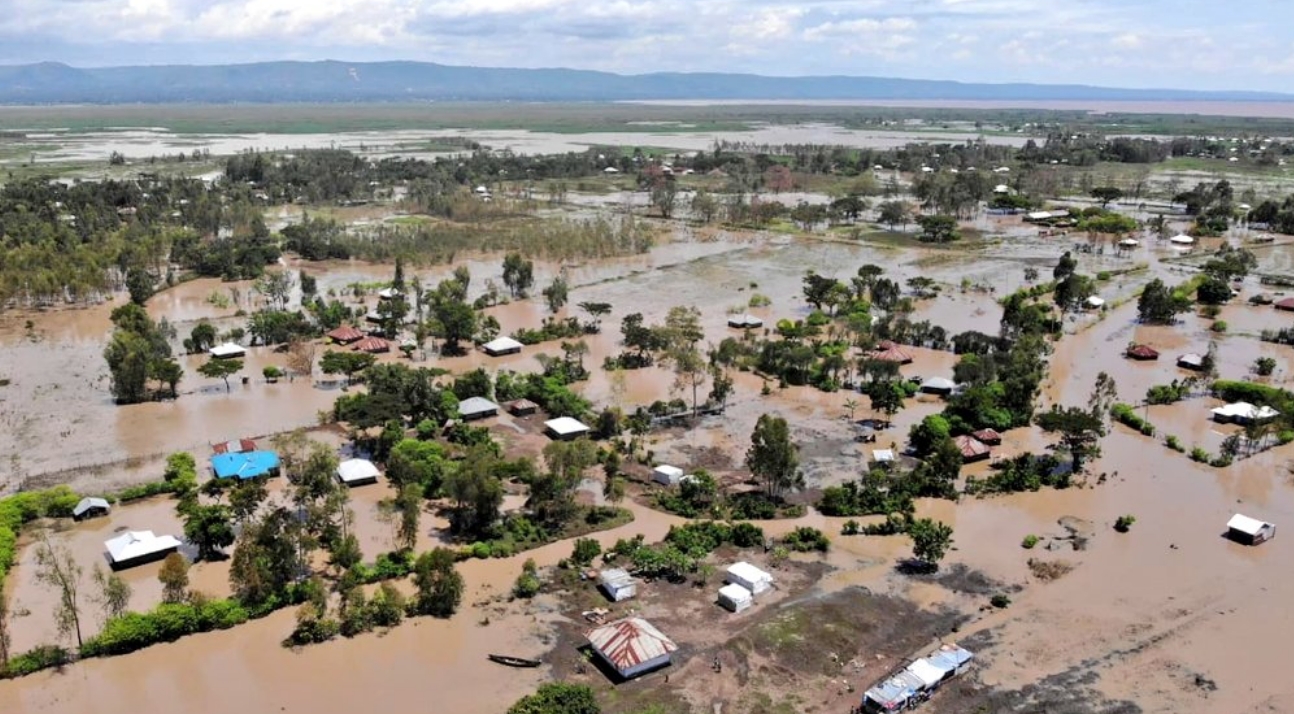 As of April 28, the death toll from the massive mudslide and flooding across West Pokot and Elgeyo Marakwet counties has jumped from six to 29, Kenyatta confirmed. Three more fatalities were reported in Bomet due to flooding.

The Kenya Meteorological Department (KMD) said rains are forecast to continue, with more people likely to be affected by flooding from the swollen river, particularly the counties of Garissa and Tana River.

With this, Kenyatta urged residents in vulnerable grounds to move to safer places. The president assured that afflicted families will be supported across Kenya.

"My Administration continues to make every effort to support affected families and communities across the country."

The neighboring country of Uganda was affected by the swollen Lake Victoria.

Other East African nations have been suffering for the past weeks from persisting floods and mudslides due to the severe weather, including Rwanda, Burundi, Djibouti, and the Democratic Republic of Congo.