Crops in the Canary Islands were ravaged by a massive sandstorm affecting the archipelago from February 22 through 24, 2020. Agrarian leaders are expecting the damages to be long-term as not only the current harvest was lost, but the next ones are also at risk.

The sandstorm, known as calima in the Canary Islands, was described to be the worst in 40 years– it wreaked havoc across the archipelago, caused hundreds of canceled flights, exacerbated bushfires which forced thousands to evacuate, and badly affected the agricultural sector.

Among the worst-hit crops are banana, potato, and avocado. The effects of sandstorm also threaten ornamental flowers.

In some parts, the impact of the storm on banana plantations may be the same as that of Tropical Storm "Delta" in 2005, according to Javier Gutierrez, the general secretary of the Association of Agricultural Producers and Livestock Farmers of the Canary Islands (Asaga Canarias).

The same impact applies to farms in Tenerife's Orotava Valley and La Palma. "Almost half of the plants are in the ground, but in those still standing the damage has been so brutal that they cannot be packaged."

Meanwhile, many banana plantations will have to be uprooted and sown again "with the investment that this entails," Gutierrez added.

In these cases, there may be a year of loss ahead as future harvests are also at risk. 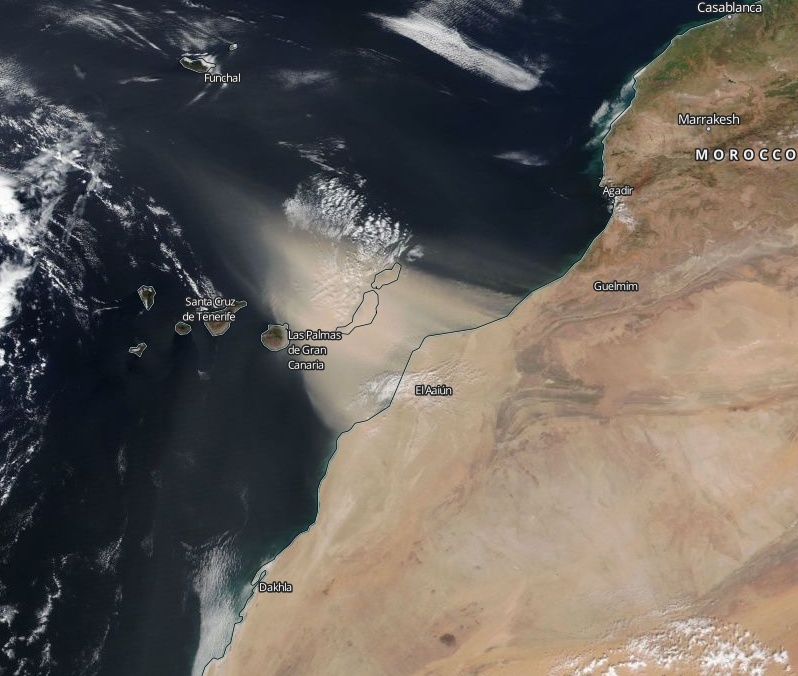 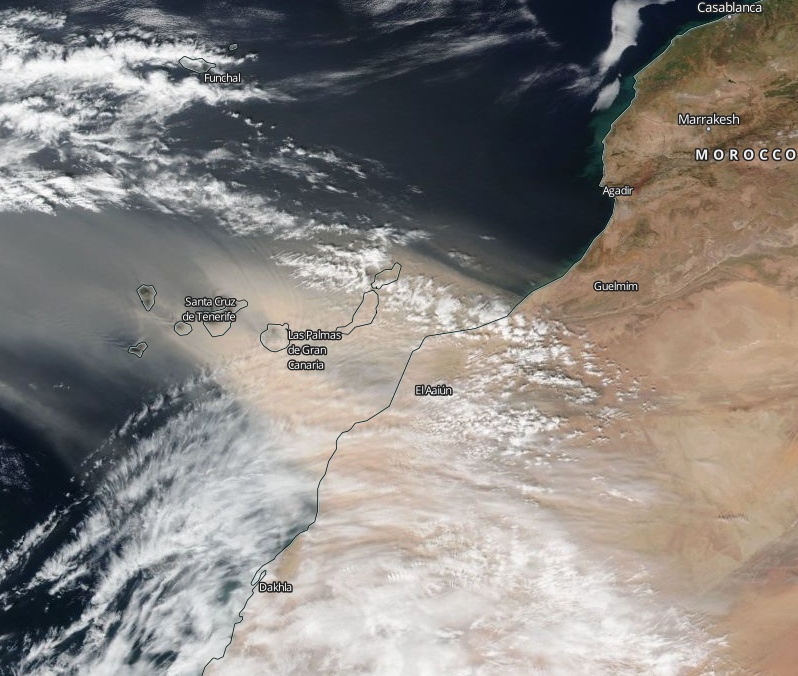 For potato crops, the areas hit by the sandstorm are those in which the drought had not yet affected. "Those have been completely blown away," said Angela Delgado, president of Asaga, who fears that there will be a reduction in the production of potatoes at nearly 50 percent.

Green leafy vegetables such as lettuce and escarole were also severely hit, according to Juan Antonio Hernandez, secretary of the Coordinator of Agricultural Producers and Livestock Organizations (COAG).

Hernandez added that tomato crops in the municipality of La Aldea were impacted. Avocados were ravaged in the middle of the flowering period, thus, the next harvest will be compromised.

Minister of Agriculture of the Canarian Government Alicia Vanooestende had visited several plantain and avocado farms to check the situation. The damage assessment is now underway and it may take days to finalize the full extent, but she expects them to be "substantial".

"There is a lot of effect on banana plantations, with loss of production, breakage of leaves that involve significant long-term damage, and also in the avocado sector when many fruits fall."

Today I learned what a #calima is and what it feels like. This is definitely a kind of apocalypse feeling right now.

„Calimas are hot wind storms that carry sand towards the Canary Islands from the Sahara, capable of lifting dust thousands of metres above the Atlantic Ocean.“ pic.twitter.com/fzXfZvGCdp

The Canary Islands suffer from “calima” all the time. Calima is basically sand/dust storms coming from the Sahara.
This is a photo I received today: visibility is reduced, winds are super strong, and people are encouraged to stay inside. pic.twitter.com/afUPMt48Nq