A strong and shallow earthquake registered by the USGS and Iran Seismological Center (ISC) as M5.9 hit Iran's East Azarbaijan province at 22:47 UTC on November 7, 2019. The ISC is reporting a depth of 8 km (5 miles). Aftershocks ranging from M4.1 to 4.8 were reported.

According to Press TV, the quake caused many people to leave their homes in panic.

At least 5 people were killed, all of them in Varnakesh where up to 500 houses have been damaged, and more than 350 injured.

The number of casualties is expected to continue rising.

The USGS issued an orange alert for shaking-related fatalities. Significant casualties are likely and the disaster is potentially widespread. Past events with this alert level have required a regional or national level response. 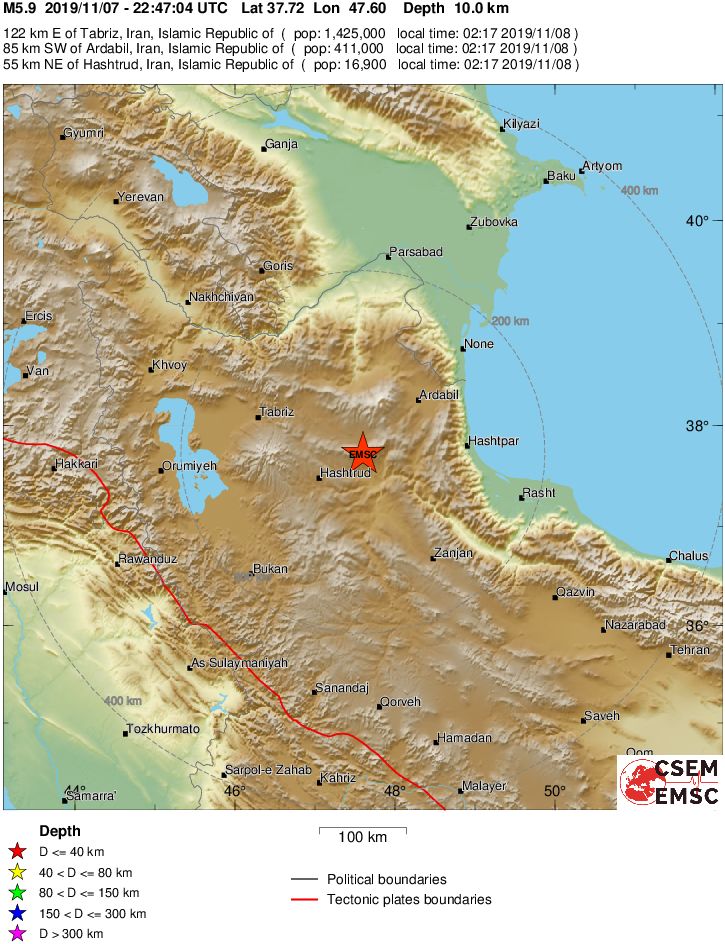 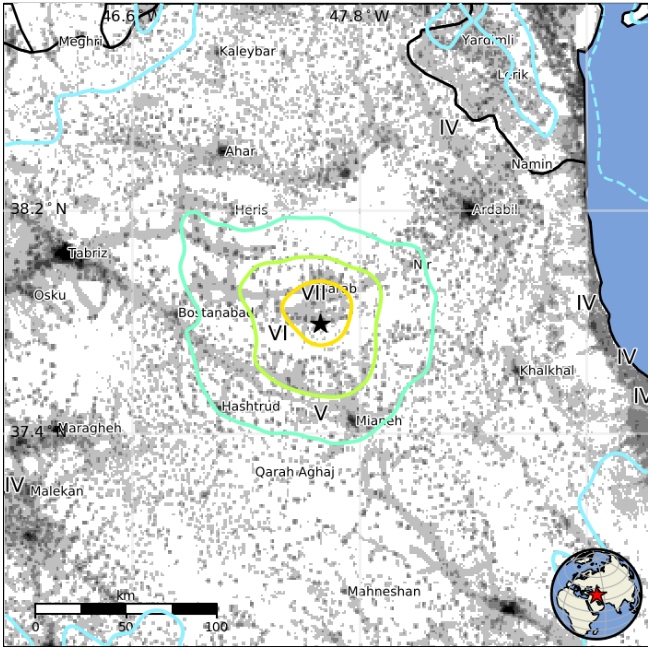 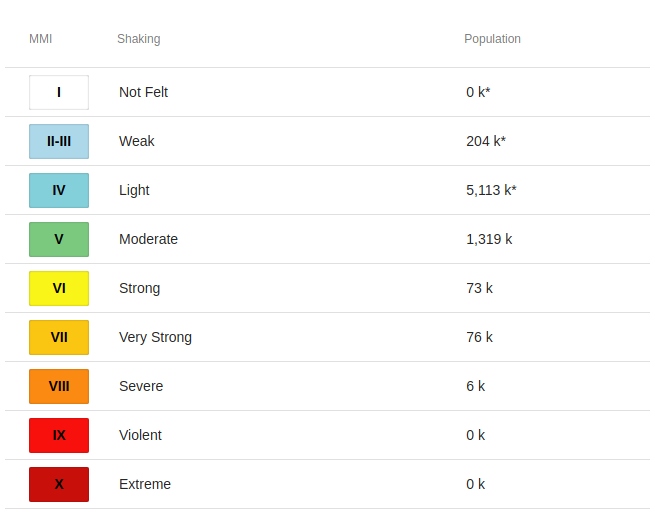 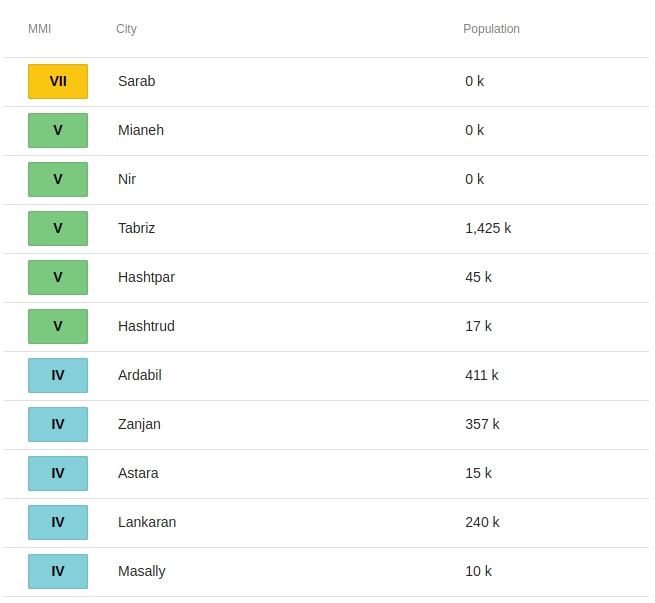 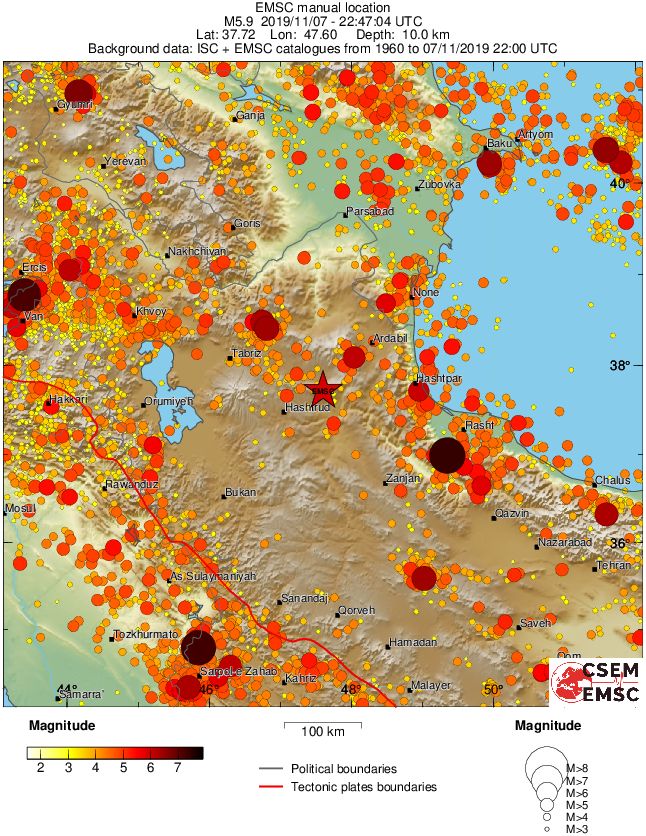