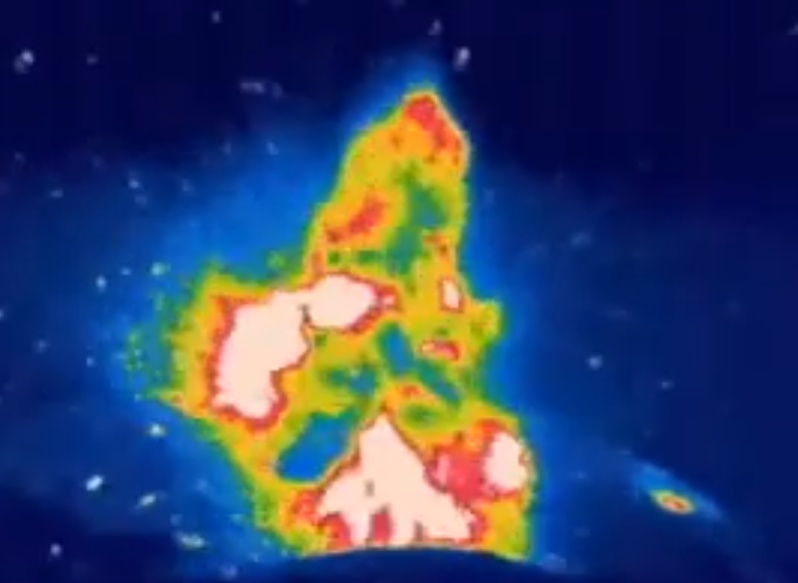 A major explosion occurred at Stromboli volcano at 23:03 UTC on June 25, 2019, the National Institute of Geophysics and Volcanology, Osservatorio Etneo, reports.

Video recorded by the surveillance cameras shows pyroclastic material has fallen onto the Sciara del Fuoco and inside the crater terrace with blocks that have even surpassed its edge. The seismic signal associated with the event lasted about 4 minutes.

After this major explosion, no further major explosive events were observed. The seismic tracing returned to the levels prior to the explosion, and a normal Strombolian activity is visible from the surveillance cameras.