Solar wind parameters were indicative of a slow, but mildly enhanced regime on May 13. A transient feature in the solar wind was captured by the DSCOVR spacecraft at approximately 22:30 UTC. Total field increased to 12 nT, and the Bz component underwent a southward deflection of -10 nT. Wind speeds also increased during this time to a peak of 481 km/s at 23:18 UTC.

At approximately 03:01 UTC on May 14, the DSCOVR spacecraft observed the likely arrival of a CME that departed the Sun on May 10. In reaction to the CME arrival, the Bz component began a period of sustained southward deflection near -15 nT, total field strength increased slightly to 15 nT, and wind speeds increased further to nearly 550 km/s. 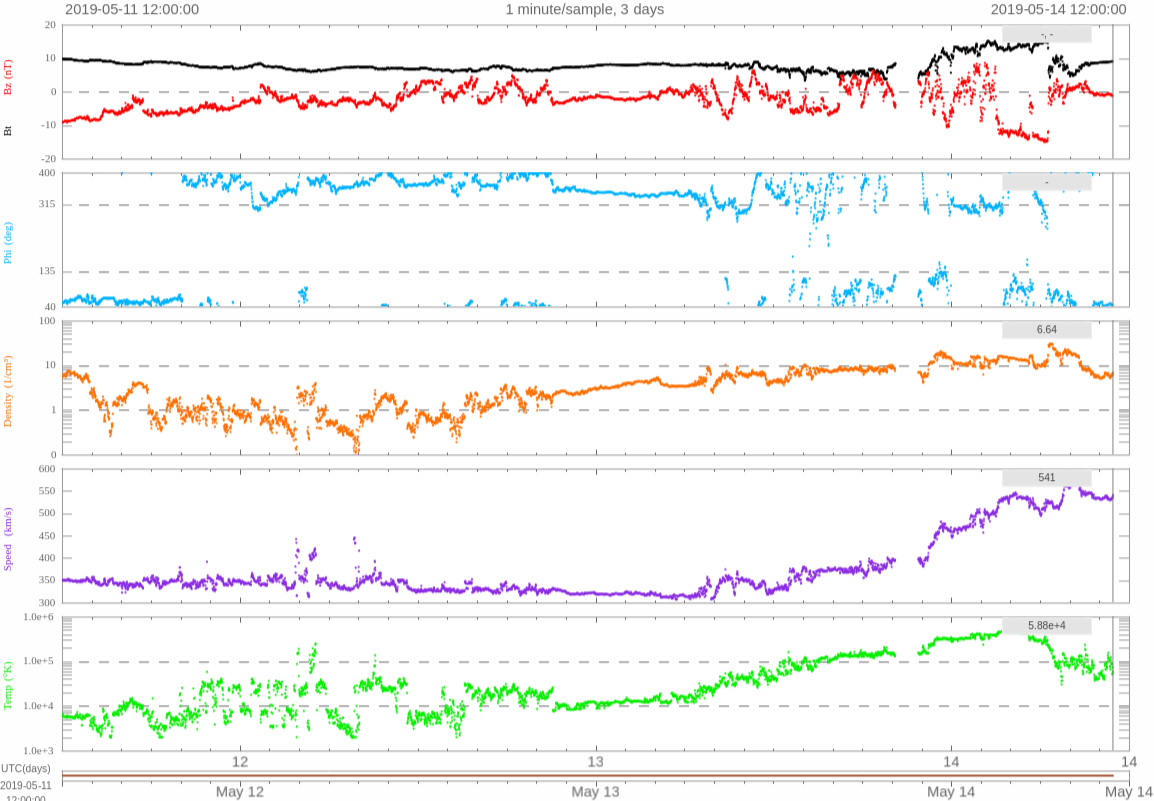 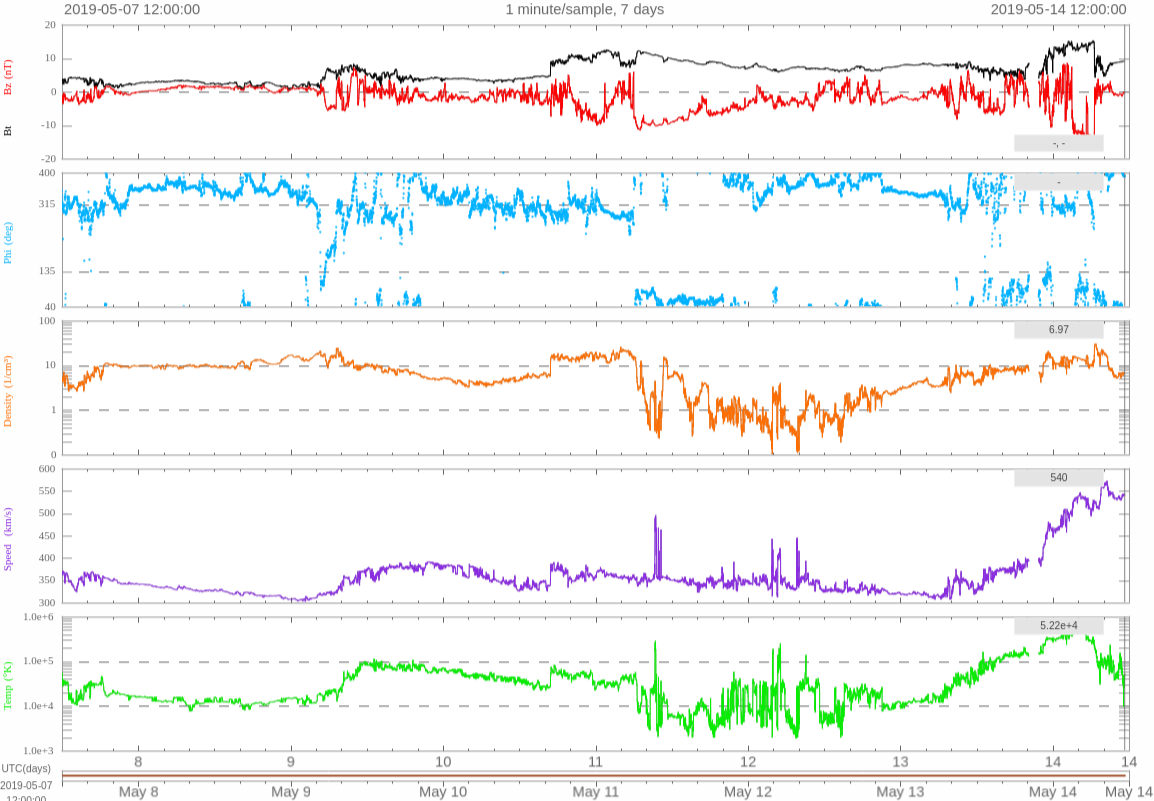 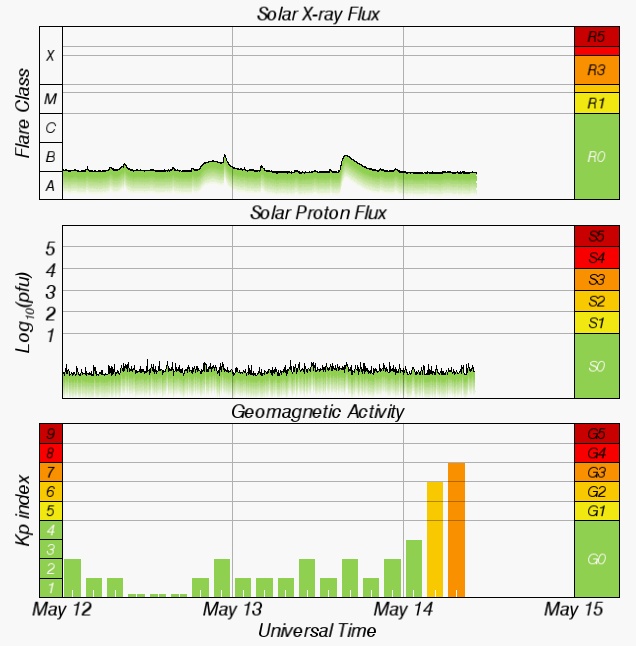 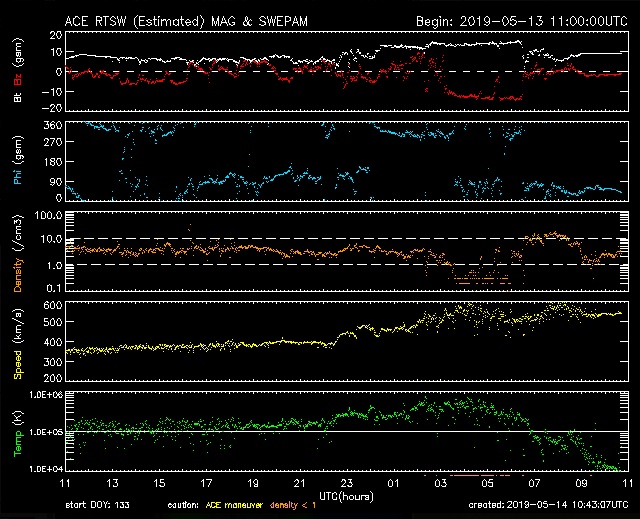 WSA-Enlil modeling suggests slow propagation; therefore, while an IMF enhancement is likely, a modest increase is solar wind is expected.

The arrival of a third CME, partial halo from May 12, is expected on May 16 – leading to an additional enhancement and disturbance in the IMF. Based off modeled radial velocity, this third CME could lead to an additional increase in solar wind speed.