Heavy rain hit parts of Greece on April 5 and 6, 2019, causing severe flooding with up to 3 m (10 feet) high floodwaters in Crete. This is the third severe flooding event to hit the country over the past 2 months. 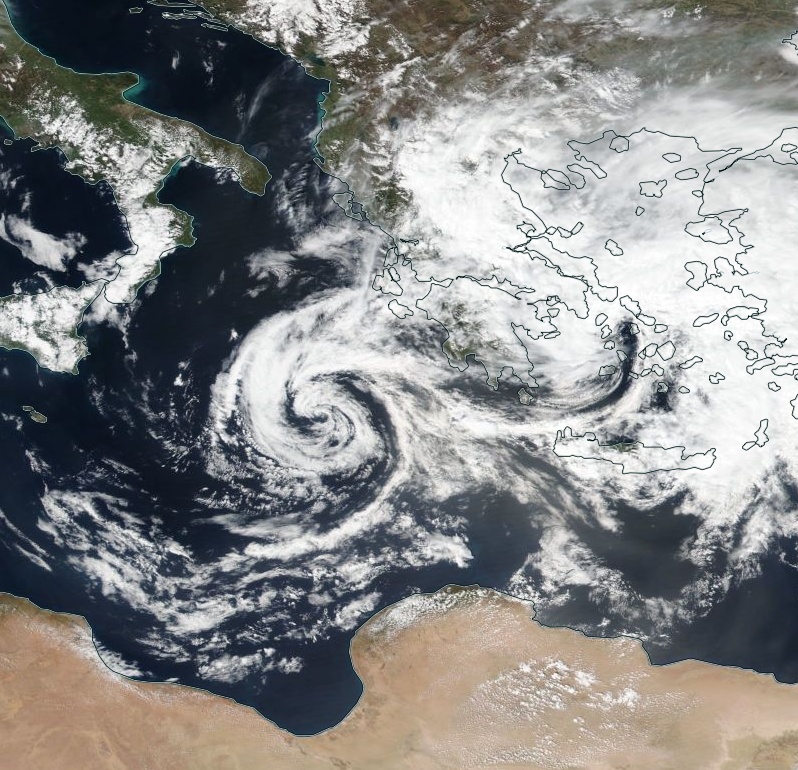 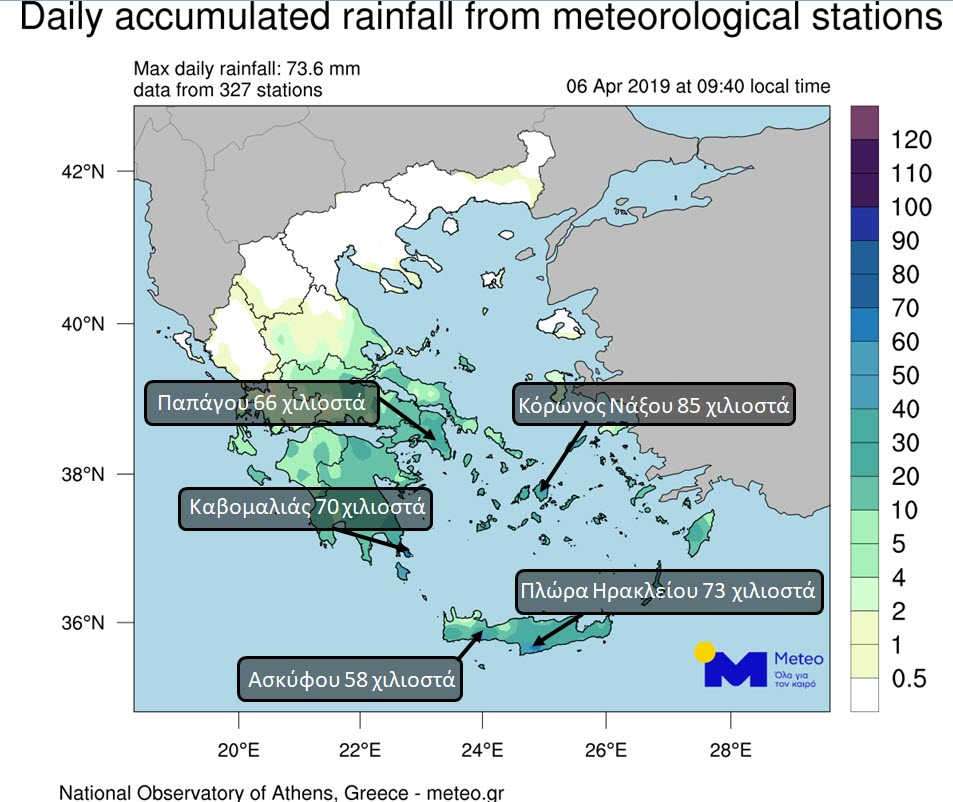 A historical bridge in Ierapetra, built in 1924, suffered severe damage and locals fear it might crash to pieces, Keep Talking Greece reported. This would be the third bridge to collapse in the region after two other in the prefecture of Chania in February 2019.

A big operation was underway to evacuate a family trapped in the floods in Pilalimata by Sitia in the Prefecture of Lasithi, Crete. Four children, two elderly and a woman have escaped on the rooftop after the water level reached a dangerous height of 3 m (10 feet).

Heavy rain also caused problems in other parts of the country, ekathimerini reports. Damage was reported in the Peloponnese and blackouts in several parts of Attica, including Neos Voutzas and Mati – towns ravaged in last summer's disastrous wildfires. Damage was also reported in Saronica, Keratea, Anthousaa, Porto Rafti and Kakia Thalassa.

Authorities urged people affected by the system to be cautious and avoid traveling unless absolutely necessary as more heavy rain and flooding is expected into the next week. Heavy rain and storms are expected throughout the country on April 8, with the strongest in the southern parts of the country.