Russian River at Guerneville crested with a preliminary height of 13.83 m (45.38 feet) at 22:00 PST, Wednesday, February 27, 2019. Major flooding continued Thursday morning but the river is expected to slowly recede through the day and fall below flood stage of Friday morning (local time).

Heavy rain brought by atmospheric river that stalled over the region left several lower river towns isolated Wednesday after floodwater and mudslides closed all roads in and out of them.

Thousands of people were displaced and an estimated 2 000 homes and buildings flooded to some degree in what is now the regions worst flooding since New Year's Day 1997. 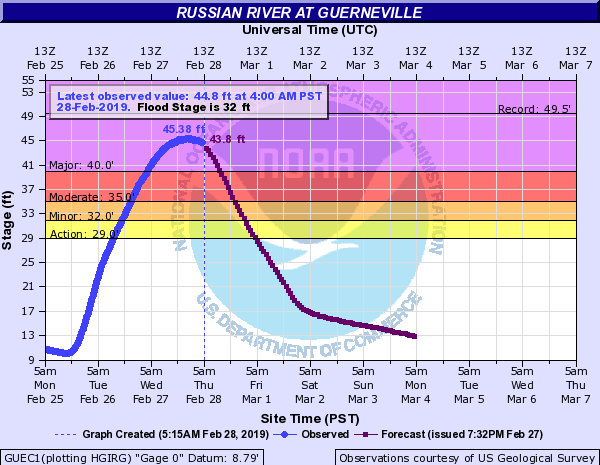 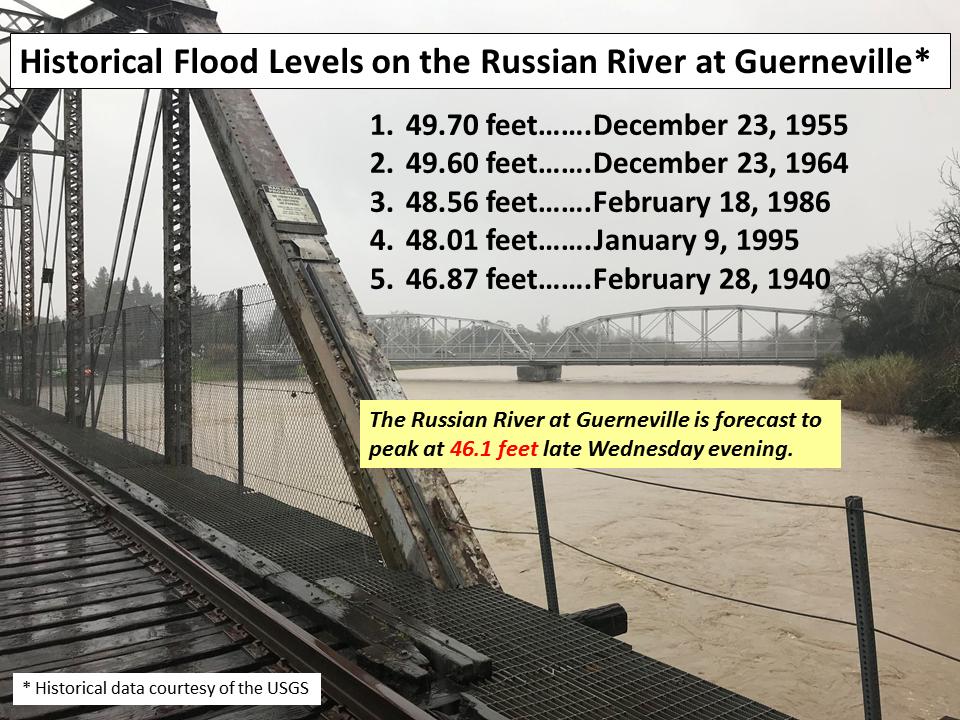 Flood warnings continued for much of Northern California on Thursday morning but the weather is now clearing before it turns bad again over the weekend.

County officials issued an emergency declaration and asked Gov. Gavin Newsom for a state of emergency.

The city of Santa Rosa, located 26 km (16 miles) ESE of Guerneville, obliterated its February and all-time 1-day rainfall record on February 26 with 141.22 mm (5.56 inches) of rain. The station is located in the City of Santa Rosa proper and dates back to 1902.