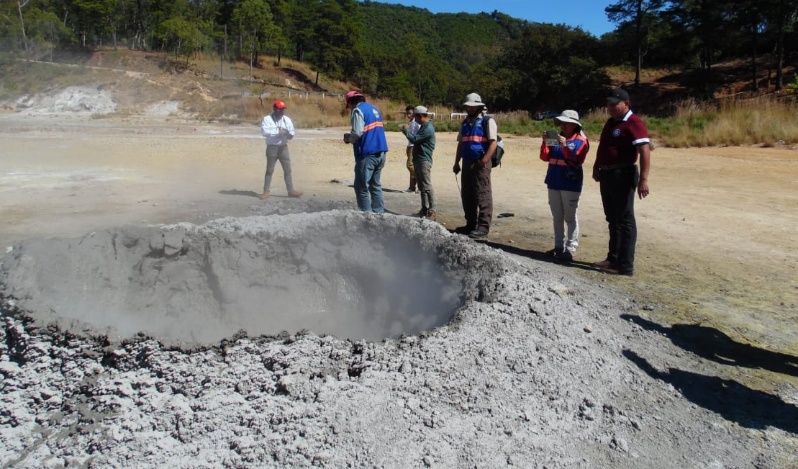 INSIVUMEH is conducting a geothermal study on the newly formed geological structure on the shore of Ixpaco lagoon, municipality of Pueblo Nuevo Viñas, with the objective of obtaining more scientific details, CONRED reports. The location is about 50 km (31 miles) ESE of Guatemala City.

Ixpaco lagoon is a phreatic tuff ring, popular for tourists in Santa Rosa. It was created about 2 900 ago during the latest date eruption of the complex, according to data provided by the Global Volcanism Program.

Numerous fumaroles, hot springs, and boiling mud pots are found in the area around the acidic lake.

One such boiling mud pot opened up on January 13 and is now being investigated by INSIVUMEH. 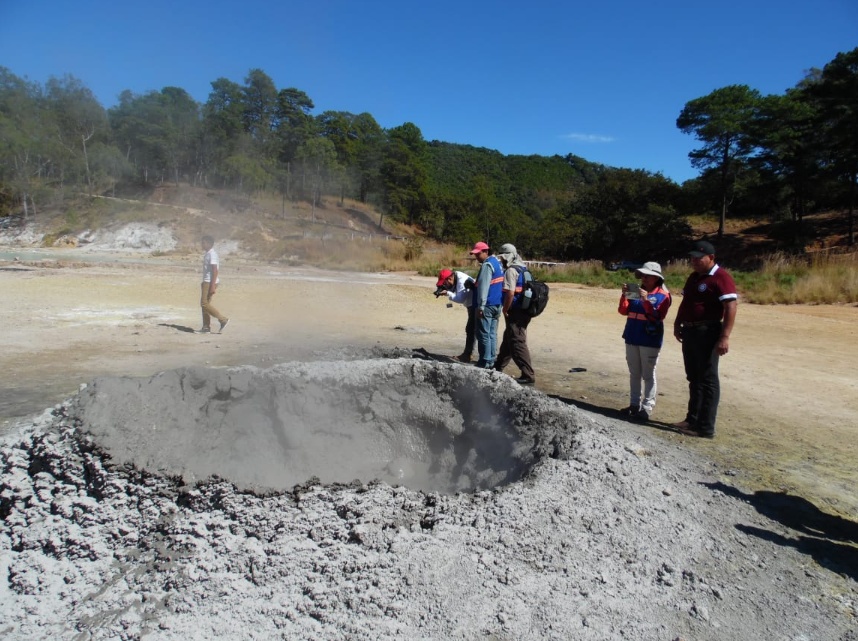 Authorities are trying to find out if the crater could be part of a new volcano formation that could affect tourism in the area, Newsflare reports in one of their latest videos.

An ancestral andesitic stratovolcano, Miraflores, was formed about 100 000 years ago.

Tecuamburro and other lava domes were constructed during the late Pleistocene or early Holocene within a horseshoe-shaped, E-facing caldera produced by structural failure of the older Miraflores prior to about 38 000 years ago.

One of the largest of these domes, Peña Blanca, overtops the NW rim of the collapse scarp.

Two nested craters, the larger of which is Chupadero, lie at the NW end of the complex. The smaller crater is a phreatic tuff ring, Laguna Ixpaco.