NIWA's Chris Brandolino said Liua comes even before forecasters have put together their cyclone outlook for the region, due to be published next month.

"It is very unusual," Brandolino said. "In fact, this is the first tropical cyclone to form in the month of September going back to 1950. It is certainly unusual."

This is the first TC to form during the month of September in the SW Pacific since Tropical Cyclone 02P on 12 Sep 1950 or in 68 years! [data: IBTrACS] pic.twitter.com/JRnWBw2hVO

Steve Meke of RSMC Fiji said September cyclones are extremely unusual, adding that conditions in the whole region are months ahead of usual. 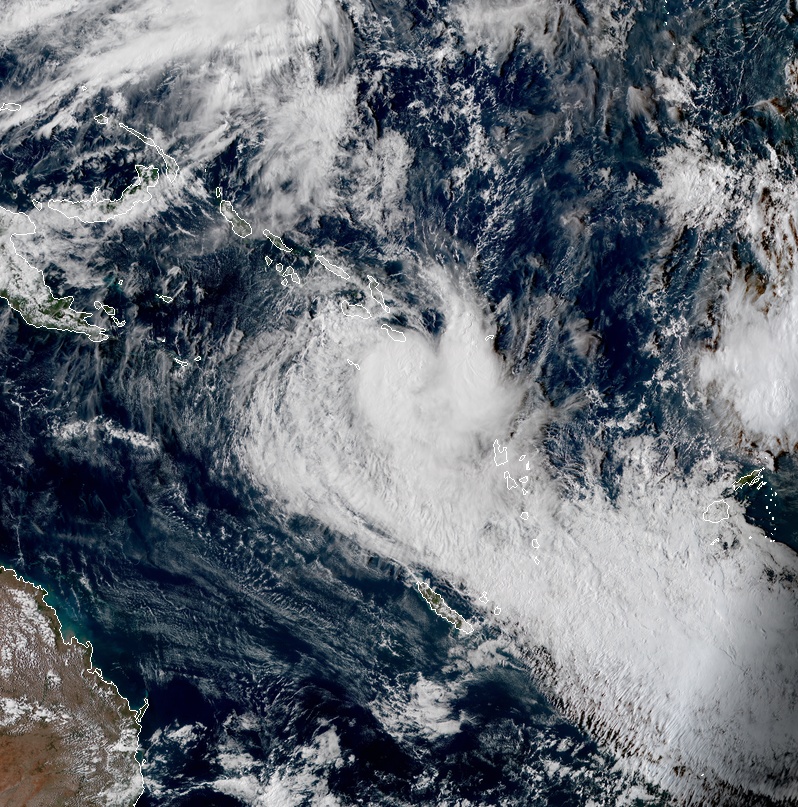 Liua formed from a disturbance located in the Australian region basin. It crossed into the South Pacific basin on September 26, and was designated as Tropical Depression 01F by RSMC Nadi. Late on September 26, the storm intensified into a tropical cyclone and was given the name Liua.

The cyclone is currently located over the Solomon's Makira Island and is forecast to develop into a Category 2 (of 5) storm on the Australian tropical cyclone intensity scale (89 – 117 km/h / 55 – 73 mph).

The environmental analysis shows the cyclone is located in an unfavorable area of increasing vertical wind shear, although strong poleward outflow is helping to maintain convection and sea surface temperatures are currently favorable.

Liua is forecast to marginally intensify to 75 km/h (46 mph) over the next 12 hours, then begin to weaken after 03:00 UTC, September 28 as it enters more unfavorable environment, JTWC forecasters said.

The storm is expected to dissipate over water by 03:00 UTC, September 29.