Tropical Cyclone "Jebi" reached Super Typhoon strength on August 31, 2018, and tied with Jelawat and Maria for the strongest storm on the planet in 2018. The current forecast track takes Jebi over Japan's Honshu island on September 3. The main threat from this storm will be rainfall. Authorities are warning residents to prepare for flooding and landslides. 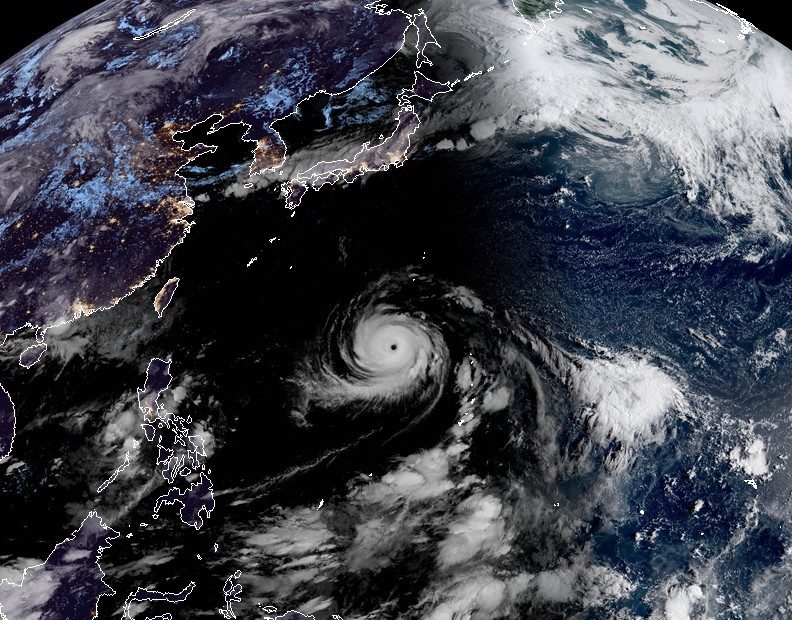 JTWC's environmental analysis indicates the cyclone is in an area with low vertical wind shear, robust radial outflow enhanced by a TUTT cell to the northwest, and warm sea surface temperatures (29 – 31 °C / 84.2 – 87.8 °F).

Diminishing outflow, as the TUTT cell moves further away, will cause gradual weakening over the next 72 hours and Jebi's maximum sustained winds are expected to drop to 185 km/h (115 mph).

Jebi is expected to weaken more rapidly during this phase as it encounters increasing vertical wind shear, land interaction and cool sea surface temperatures. Concurrently, it will begin extratropical transition by 18:00 UTC, September 4 and become a gale-force cold-core low with and expansive wind field by 18:00 UTC, September 5.

Jebi is the 21st named storm of the 2018 Pacific typhoon season. With maximum sustained winds of 278 km/h (150 mph) and central pressure of 915 hPa on August 31, it tied with Jelawat and Maria for the strongest storm on the planet in 2018.