Based on all available data, there is no tsunami threat, PTWC said.

This is one of the largest ever recorded earthquakes along the boundary between the Caribbean & South American plates. There was an M7.7 quake to the west in 1900 but this will have preceded detailed instrumental recordings. 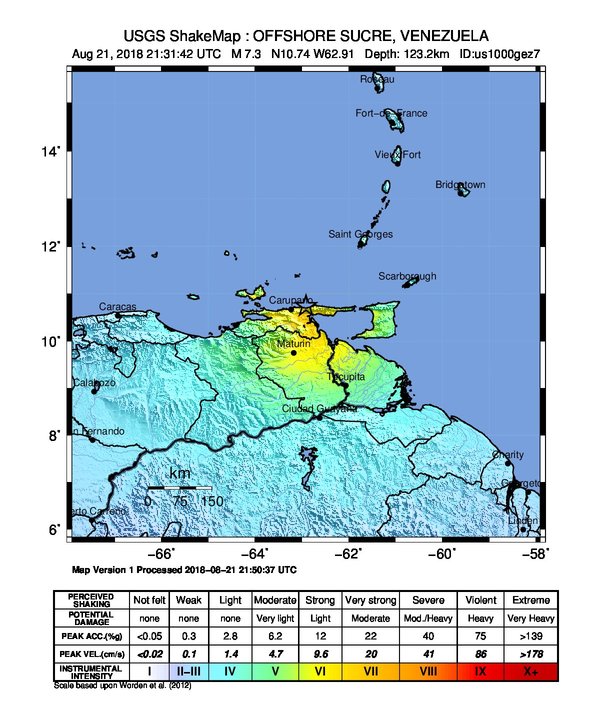 Buildings were evacuated in the capital Caracas and people fled homes. Shaking was felt as far away as Colombia's capital Bogota.

M7.3 earthquake today along the northern coast of Venezuela is one of the largest ever recorded earthquakes along the boundary between the Caribbean & South American plates.
There was an M7.7 quake to the west in 1900 but this will have preceded detailed instrumental recordings pic.twitter.com/e9HY0inE9E

"Unbelievably long and strong quake. Worst I ever felt. Must have lasted about 2 minutes," a Trinidad and Tobago resident, located 156 km (96.9 miles) E of the epicenter, said.

Another resident of Trinidad and Tobago said: "It went on for longer than has typically occurred. Second shake was stronger and more erratic. Cars rocked and shaked in place. Doors were creaking in frames as buildings shook."

Estimated economic losses are less than 1% of GDP of Venezuela.

Overall, the population in this region resides in structures that are vulnerable to earthquake shaking, though resistant structures exist. The predominant vulnerable building types are unreinforced brick masonry and wood construction. 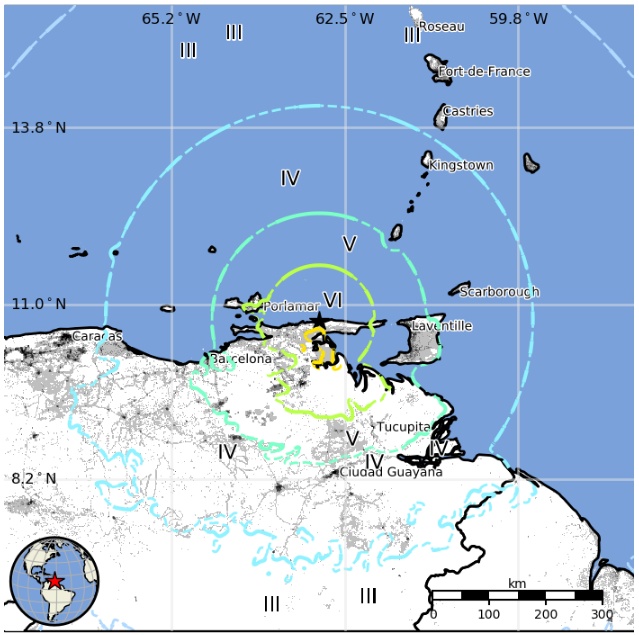 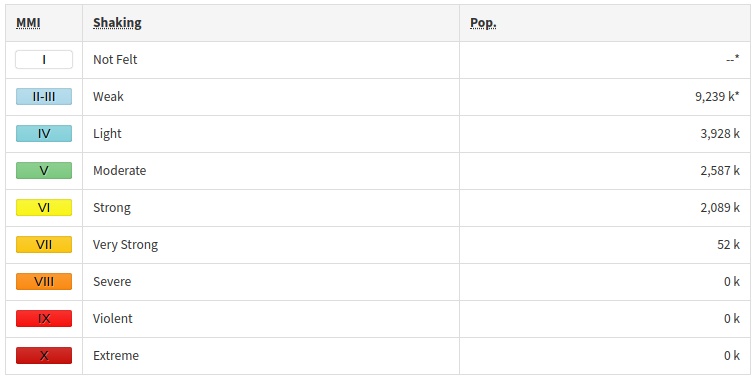 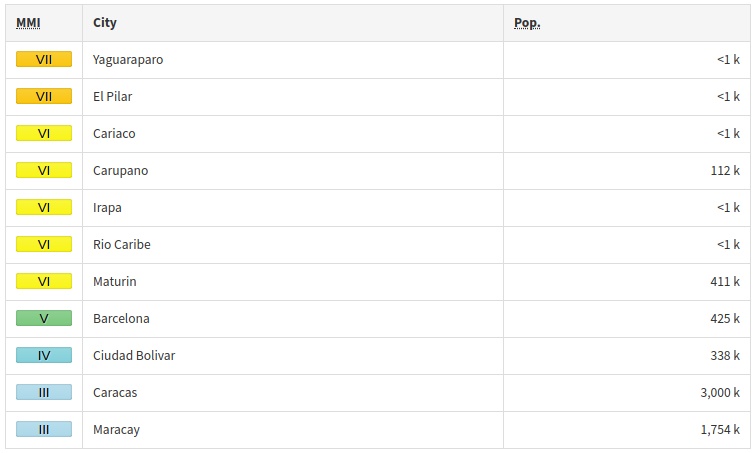 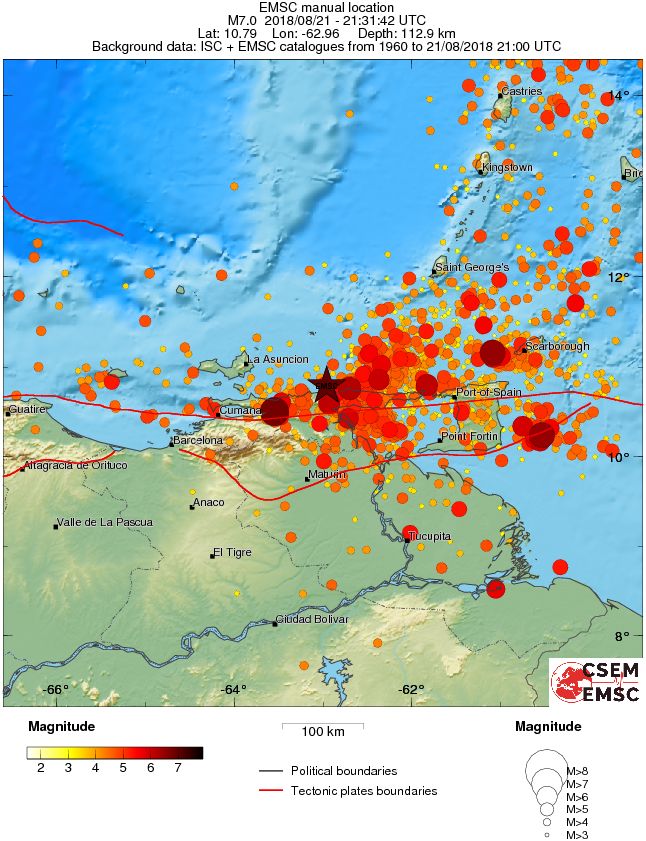