A strong and shallow earthquake registered by the USGS as M6.4 hit Lombok region of Indonesia at 22:47 UTC (06:47 local time) on July 28, 2018. The agency is reporting a depth of 6.4 km (3.9 miles). EMSC is reporting M6.4 at a depth of 10 km (6.2 miles). This earthquake can have a medium humanitarian impact based on the magnitude and the affected population and their vulnerability. 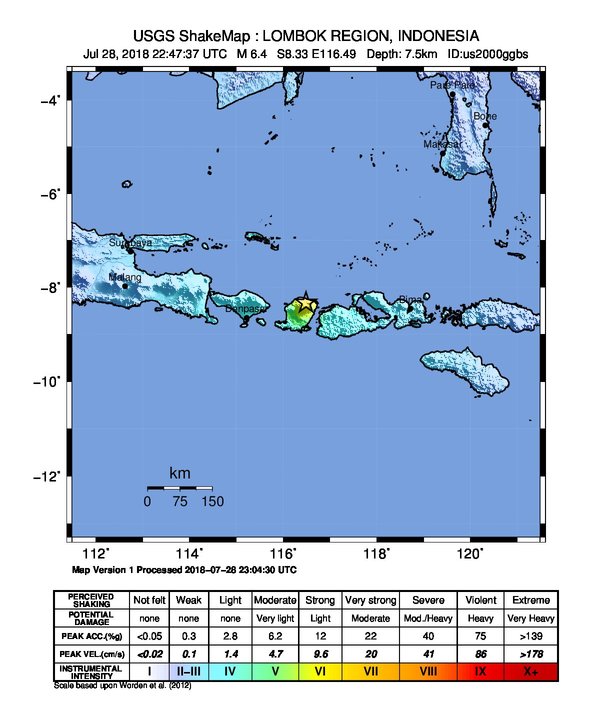 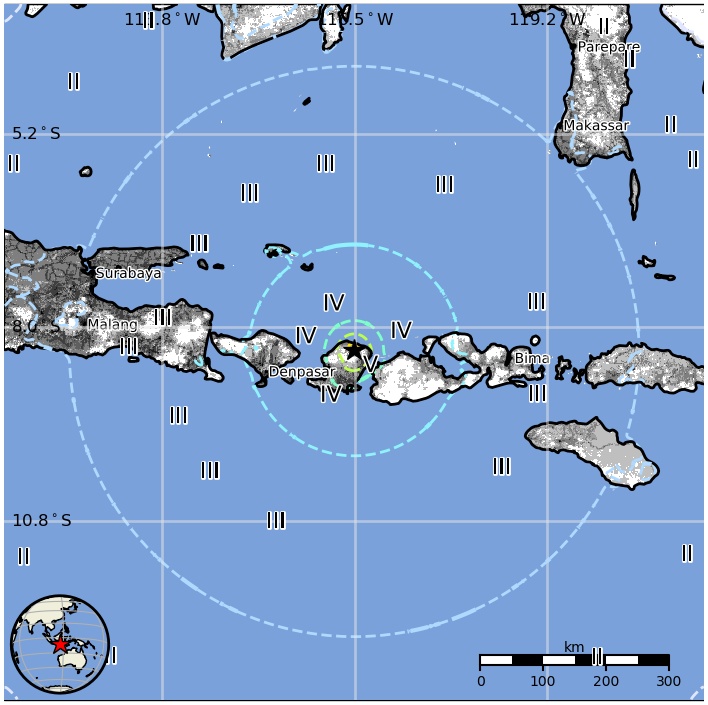 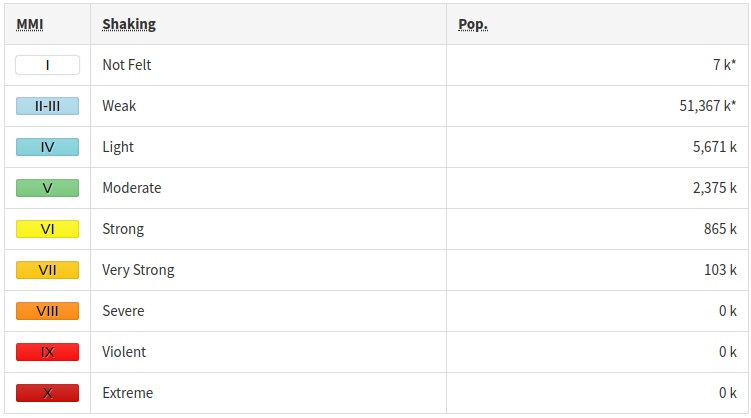 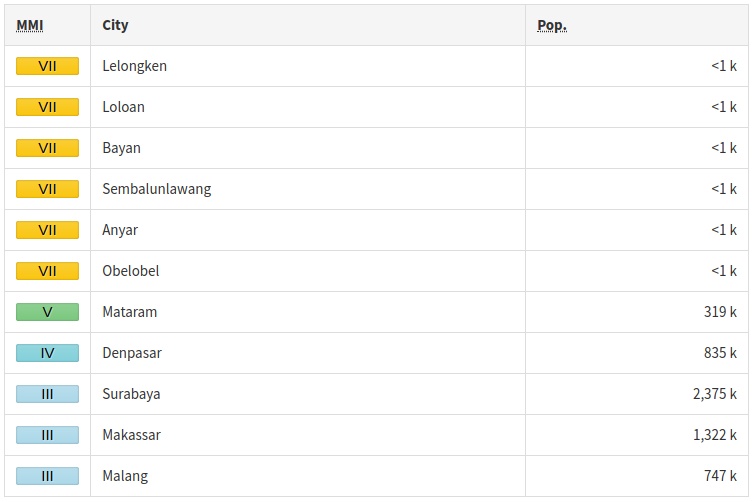 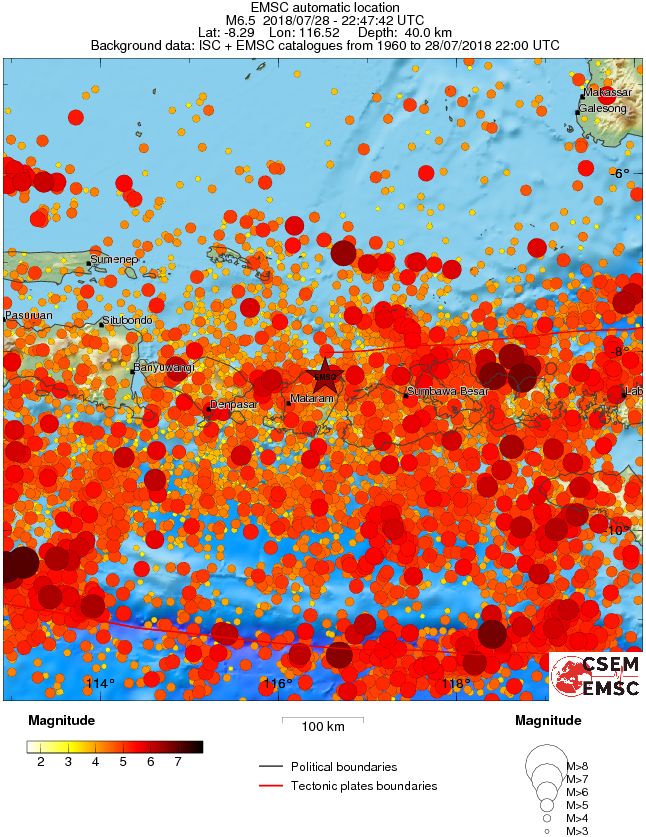 The quake was followed by more than 60 aftershocks, with M5.7 the strongest one. Several landslides occurred during the quake, blocking roads and cutting off electricity and water supply to some homes.

At least 17 people have been killed.

More than 160 people have been injured and thousands of homes damaged, officials said.

Sutopo Purwo Nugroho, a spokesman for Indonesia's disaster agency, said that most casualties occurred when victims were hit by debris and falling blocks of concrete.

Mount Rinjani National Park has been closed due to landslides.