A major train accident took place in Turkey's Tekirdağ province on July 8, 2018, after the ground between the culvert and the rail collapsed due to heavy rain. In total, 24 people were killed and 73 injured. The train was carrying more than 360 passengers.

While local media widely reported the accident as a result of a small landslide triggered by heavy rain, other reports suggested a culvert failure, which seems more likely.

As reported by Dr. Dave Petley of The Landslide Blog, the derailment 'seems to have resulted from the collapse of a retaining wall above a culvert on the rail embankment, which has allowed the ground and ballast to slip from under the rails.' 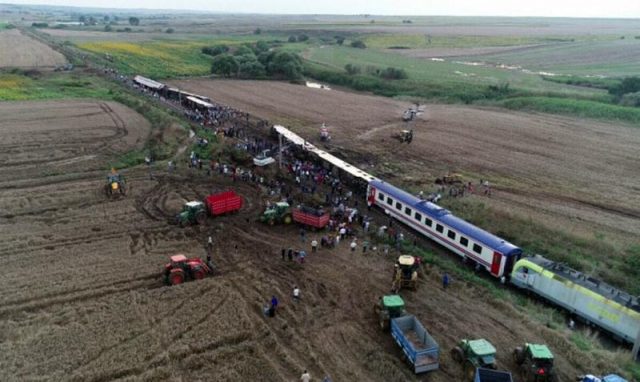 Presumably, Petley writes, this is the culvert for the stream that is shown in the first image, just behind the last derailed carriage.

The image below shows the distortion of the rails and the collapse of the sleepers that presumably occurred as the train crossed the slipped section of the embankment. 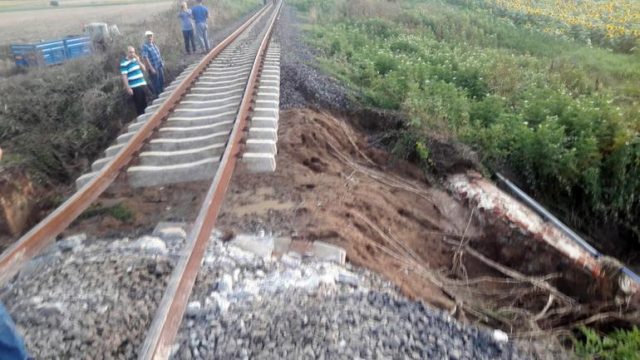 "While landslide-induced rail accidents are not unusual, the remarkable thing about this tragedy is that it was caused by such a small geotechnical failure," Petley said. "The amount of ground that has shifted is probably a few cubic meters."

In total, 24 people were killed and 73 injured, Turkish authorities said, adding that five of the train’s six cars derailed after 'the ground between the culvert and the rail collapsed' due to heavy rain.