The quake hit at the morning rush hour, killing at least 4 people and injuring 370. A 9-year-old girl was killed after damaged wall trapped her in a swimming pool facility in Takatsuki city. An 85-year-old man died when a damaged block wall trapped him in Yodagawa-ku. The third victim was an 80-year-old man who was crushed by a falling bookshelf at his home in Ibaraki. 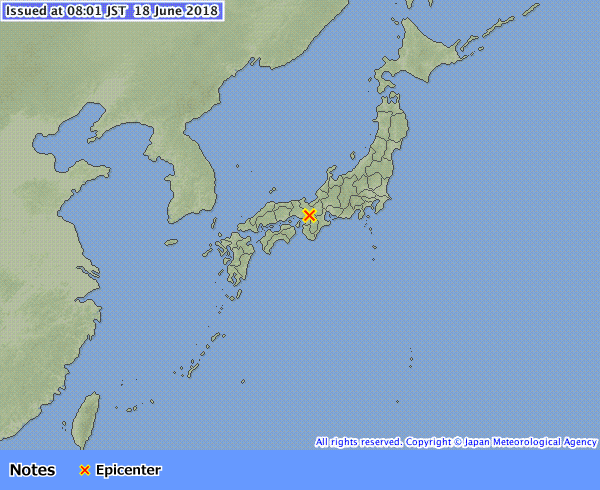 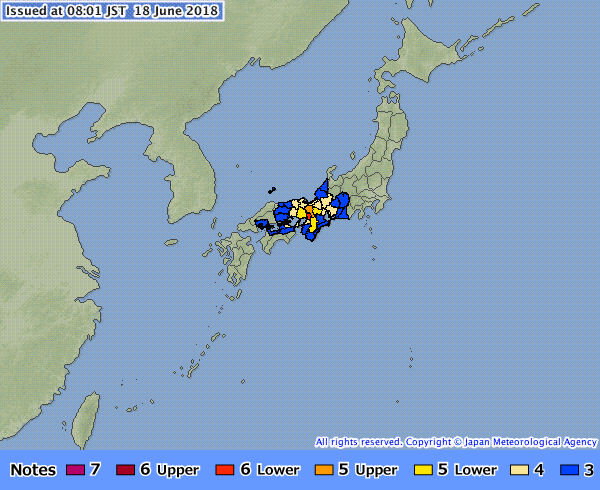 Some 170 000 homes and businesses suffered temporary power outages, resolved within hours after the quake.

Osaka prefectural office said water and gas supply has been cut to 108 000 homes.

Thousands of passengers were stranded when local trains and bullet trains suspended operations.

According to NHK, officials in neighboring Fukui Prefecture say they've checked all the 15 nuclear reactors there, both online and offline, and no problems have been found.

Several key industrial areas near Osaka were affected, with companies like Panasonic and Daihatsu saying they were suspending production at their affected sites.

334 buildings were damaged and 1 809 people displaced in shelters in the prefectures of Kyoto, Osaka and Hyogo.