Solar wind parameters, as measured by the DSCOVR spacecraft located at the L1 point, were at near-background levels until just after 21:00 UTC on June 17 when the total field became slightly enhanced with the likely arrival of a Co-rotating Interaction Region (CIR) ahead of a weak positive polarity CH HSS.

Total magnetic field strength increased from 2-15 nT. The Bz component rotated southward to a maximum of -13 nT while solar wind speeds increased from approximately 295 to 415 km/s. Phi angle suggested the passage of a Solar Sector Boundary Crossing (SSBC) with a transition from the negative sector to the positive sector after 12:50 UTC on June 17.

The geomagnetic field responded with only quiet levels despite the slight increase in solar wind parameters towards the end of the UTC day. 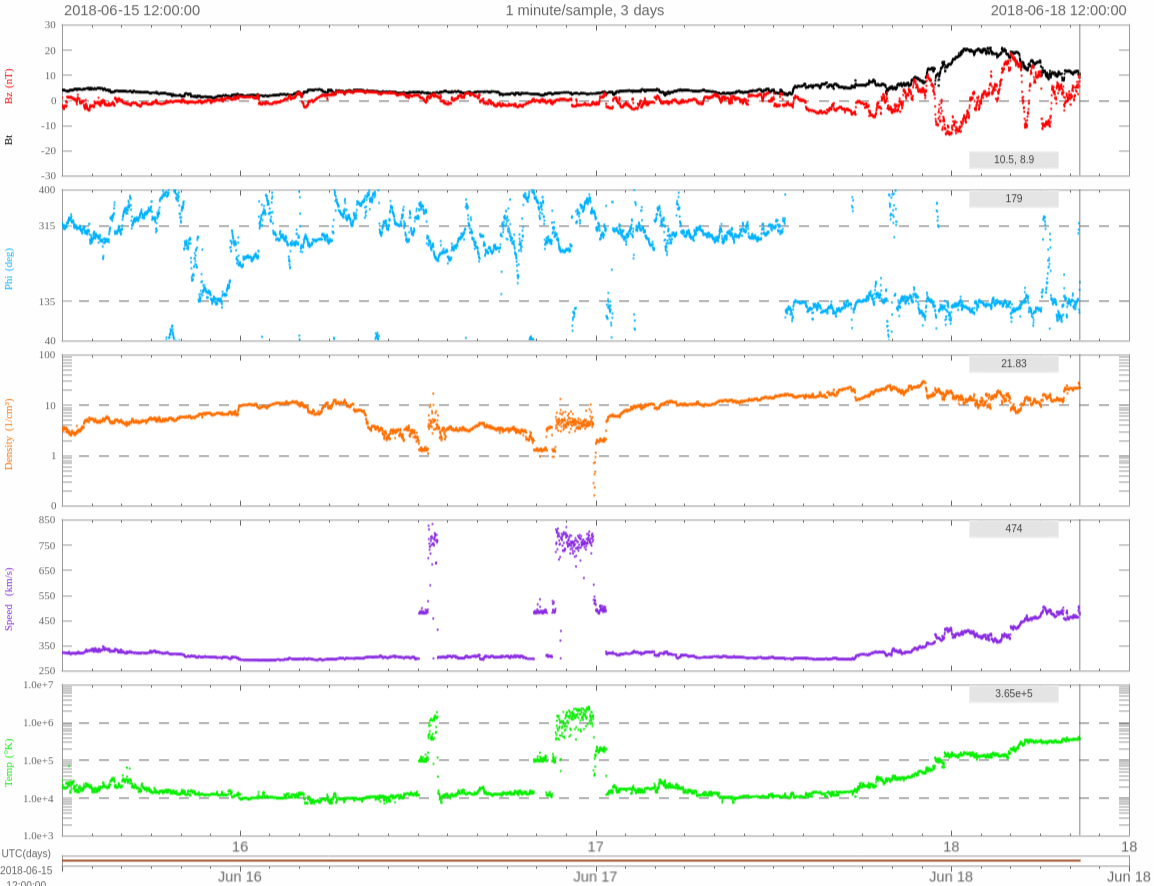 The geomagnetic field is expected to be at quiet to unsettled levels, with possible isolated active periods, on June 18 and 19 due to a weak solar wind enhancement from a positive polarity CH HSS. A return to mostly quiet levels is expected on June 20.