A swarm of earthquakes hit southern El Salvador on Sunday, May 6, 2018, damaging nearly 200 homes and producing several small landslides. There are no reports of deaths or serious injuries. 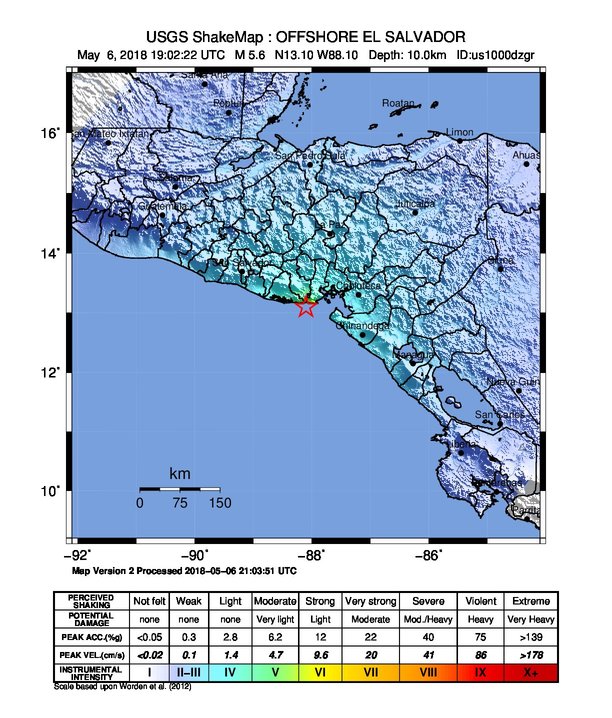 The Associated Press quoted the civil defense director Jorge Melendez saying that 11 homes were destroyed and considerable damage was done to 180 more.

"Most of the structures affected were made of bahareque, a material composed of cane or sticks mixed with mud and straw," Melendez said, adding that one of the quakes produced landslides on a highway leading to Playa El Cuco, one of the most visited tourist beaches in the area. 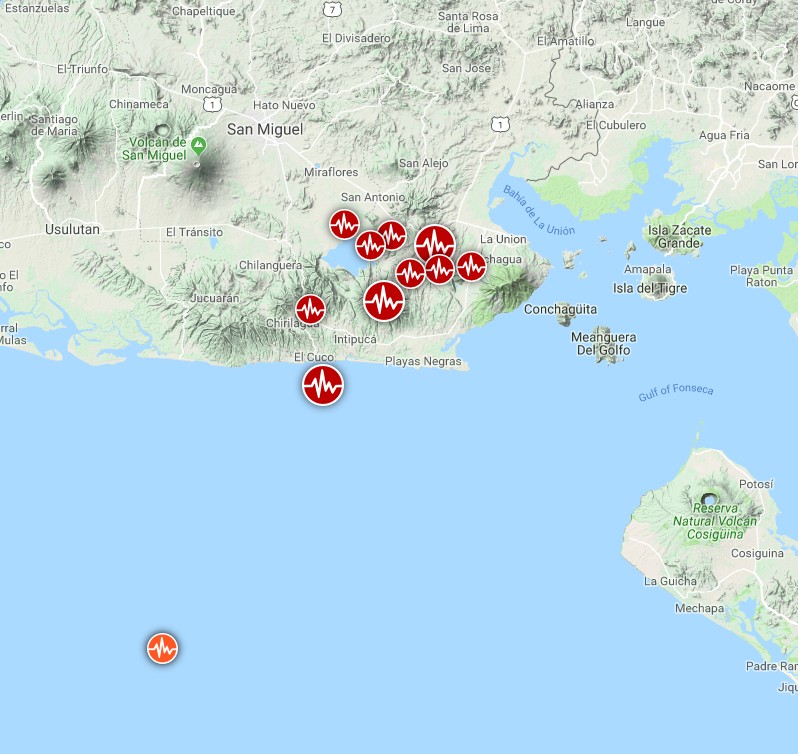 An alert was declared for some municipalities in the departments of Chirilagua, San Miguel and La Union, and classes were suspended for Monday in those areas, AP reports.

The area affected is near El Salvador's border with Honduras. The larger quakes were also felt in the capital, San Salvador, about 150 km (90 miles) to the west, but the local Red Cross said there were no reports of damage or injuries there.

Environment Ministry official Manuel Diaz said the quakes are a result of local geologic faults and may continue for days or even weeks.