Published March 19, 2018 in the Australasian Journal of Water Resources by UON’s Associate Professor Anthony Kiem and Mr. Greg McMahon, the research is focusing on events in South East Queensland (SEQ) and emphasises on the need for Australia to revisit flood management strategies and infrastructure, which are today designed and operated on the assumption that flood risk is stationary rather than cyclical.

"This further validation that flooding is unlikely to be random has huge implications, as the resilience, life and adequacy of flood protection and flood evacuation infrastructure are likely to be overestimated in the flood-dominated decades that we know occur," Kiem said. "Areas designed to deal with a certain chance of flooding may also find that in some years or decades the likelihood of these events have been significantly underestimated, which could have serious consequences."

Researchers used Bureau of Meteorology’s Australian flood data across 10 south-east Queensland catchments from 1890 – 2014, and found that past major flooding events occurred in a 40-year cycle, with five years of high risk and 35 years of low risk. 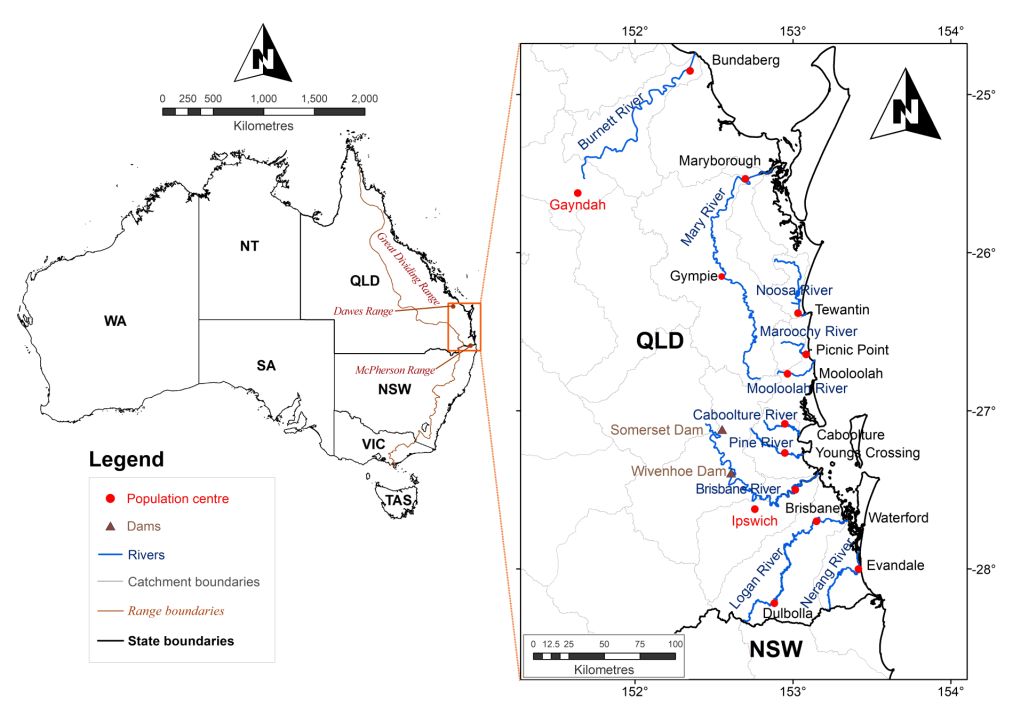 "Based on these findings, they speculated that the next significant ‘1974 flood’ would happen around 2013. This was realized with large flood events in South East Queensland in January 2011 and 2013," Professor Kiem explained.

He said the speculation of a 40-year flood cycle had "some credibility" after he found the five-year target periods had an "abnormally higher number of floods" than other periods.

"We have about 125 years in our study period and we had 4 five-year target periods where based on the speculation you would expect higher floods," he said. "Those four five-year periods make up only 16% of the record but they actually contain about 80% of the major floods in south-east Queensland. The next serious widespread flooding in south-east Queensland is expected in 2050-54 if this holds true."

According to research, sea surface temperature fluctuations and pressure changes in the north and south Pacific Ocean, called Interdecadal Pacific Oscillation (IPO), happened in 20- to 40-year cycles and were possibly linked to the major flooding events.

"There has been a lot of work in the last decade linking IPO with rainfall and flood variability and drought variability in Australia. When the IPO is in its negative phase, that is when you get a gathering of warm sea surface temperatures off the east of Queensland," he said. 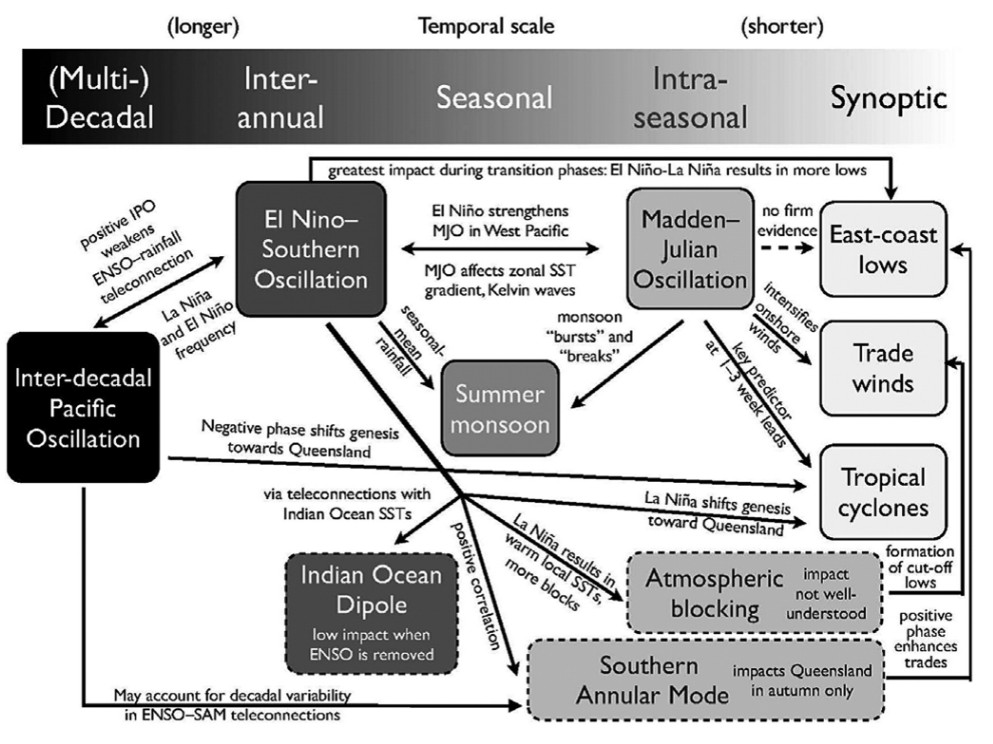 Kiem said there was "no trend" of recent flooding events being any worse than the floods a hundred years ago. "If you look at all of the records, when you are in one of these IPO negative phases, the chance of a flood occurring is 12 to 13 times more likely."

He said the possible cyclical nature of flooding was "totally at odds" with the ways we estimate and deal with flood risk.

"It has been recognized for several decades that floods in Australia do not occur randomly and that flood risk varies over time – we should move forward with this knowledge to develop new approaches that allow for changes in flood distributions to be incorporated," Kiem concluded.