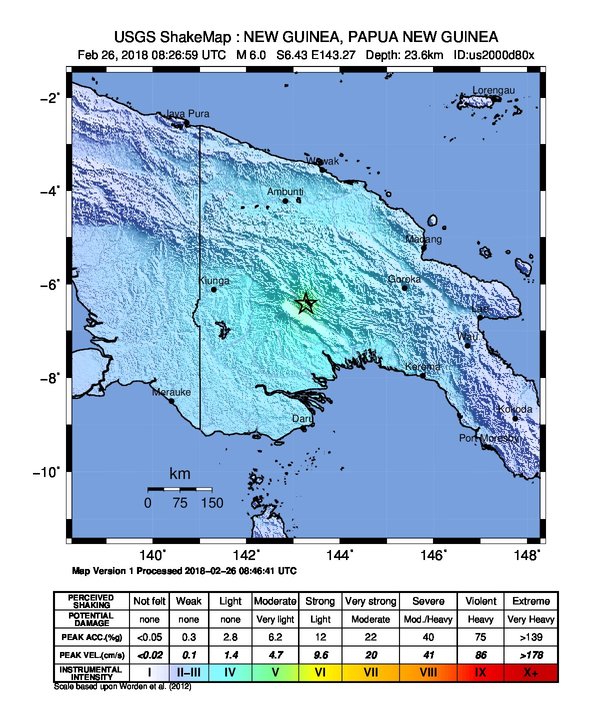 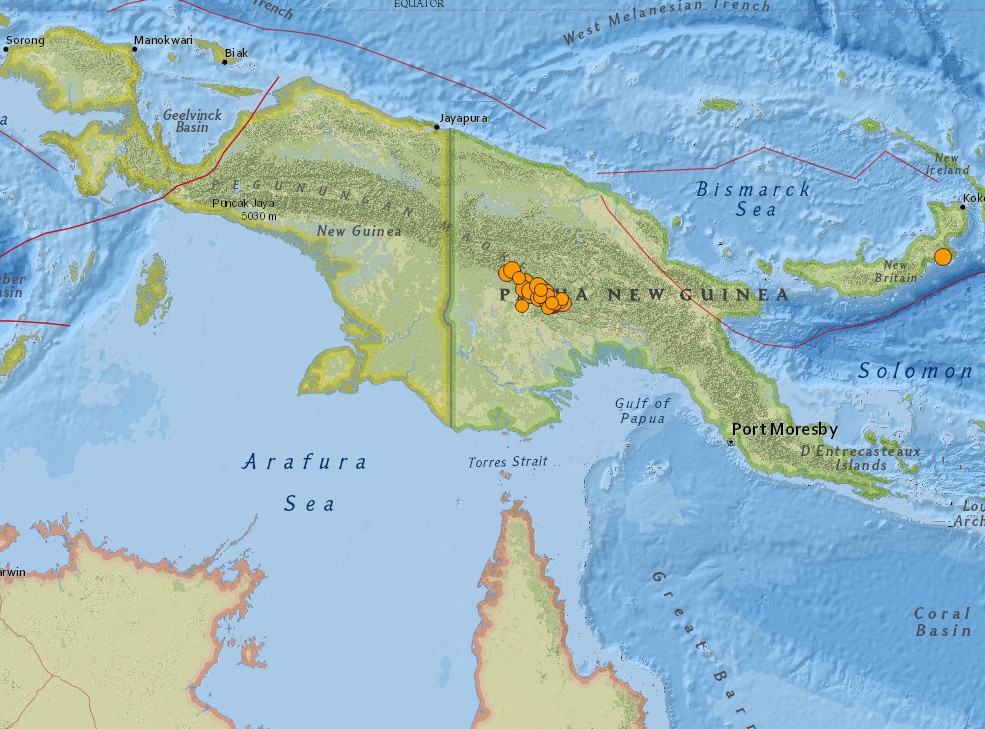 First reports coming from the local MP, Manasseh Makiba, via satellite phone said the quake was very huge and there were some casualties. "There were landslides and destruction of some properties and houses and there were reports of some lives being lost.. about ten."

The epicenter is located in a rugged, heavily forested Southern Highlands about 560 km (350 miles) NW of capital, Port Moresby. This is very close to key infrastructure for PNG's ExxonMobil-led LNG gas project.

ExxonMobil said it had shut its Hides gas conditioning plant and that it believed administration buildings, living quarters and a mess hall had been damaged. It also said it had suspended flights into the nearby Komo airfield until the runway could be surveyed.

Troops and rescue workers were sent to the region.

This is one of the most significant earthquakes ever to strike New Guinea island in recorded history.

The mainshock updates are available at the following link: https://watchers.news/2018/02/25/massive-m7-5-earthquake-hits-papua-new-guinea/