An intense earthquake swarm is taking place at Tjörnes Fracture Zone volcano near Grimsey island, Iceland over the past 7 days. More than 1 100 of earthquakes were detected in this region since Wednesday, February 14, 2018. The last known eruption of this submarine volcano was in 1868.

The largest earthquake so far was M4.1 at 19:37 UTC on February 15, about 10 km (6.2 miles) ENE of Grimsey. "It is the largest earthquake detected in the seismic swarm that began a week ago and is still ongoing," the Icelandic Met Office said late Thursday. EMSC registered this quake as M3.7 at a depth of 14 km (8.7 miles).

There are no signs of volcanic unrest, IMO said. "This area is part of the Tjörnes Fracture Zone and earthquake swarms are common in the area."

More earthquakes, even bigger, cannot be ruled out, the agency added. 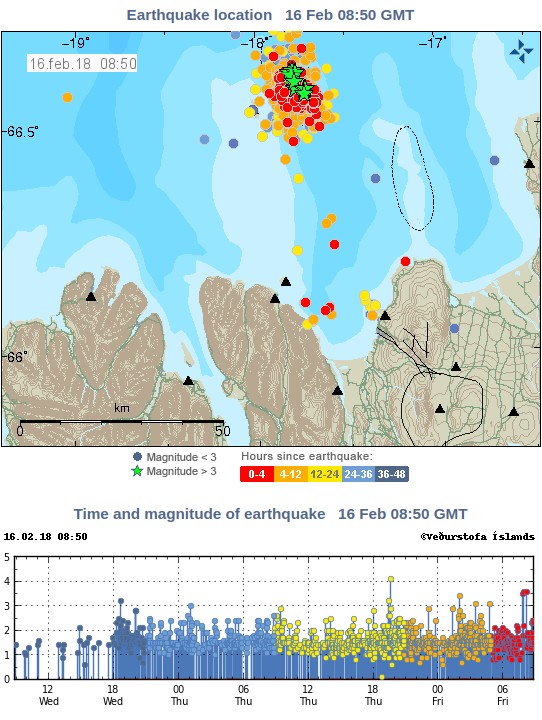 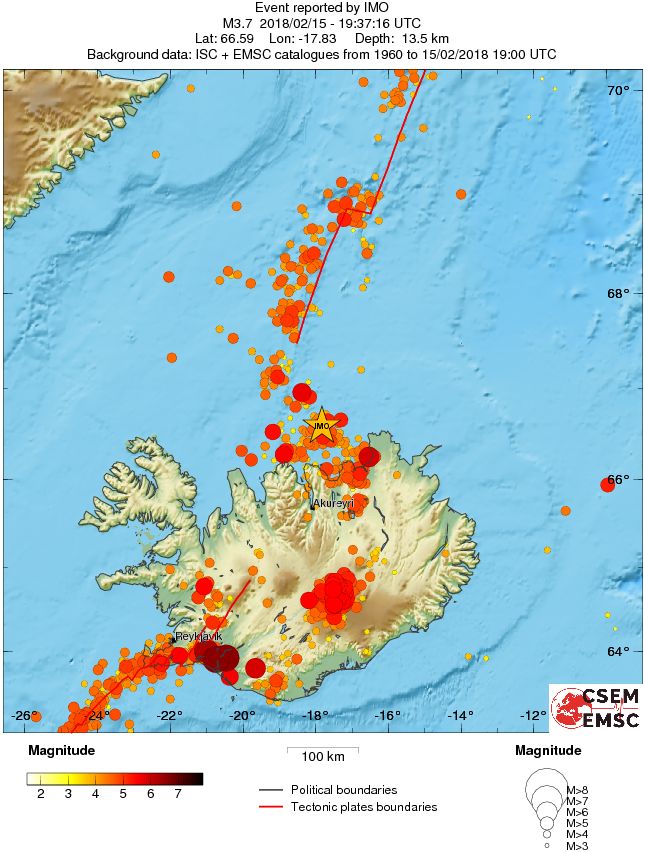