Authorities have evacuated nearly 15 000 people living in the vicinity of Mayon volcano, Albay Province, Philippines following its first eruption since 2014 on Saturday, January 13, 2018. Lava is flowing from the summit towards Miisi and Bonga gullies.

Mayon is ejecting ash and producing lahars since Saturday, January 13, forcing authorities to raise the Alert Level from 1 to 3. The volcano, however, was on Alert Level 1 since September 8, 2016. 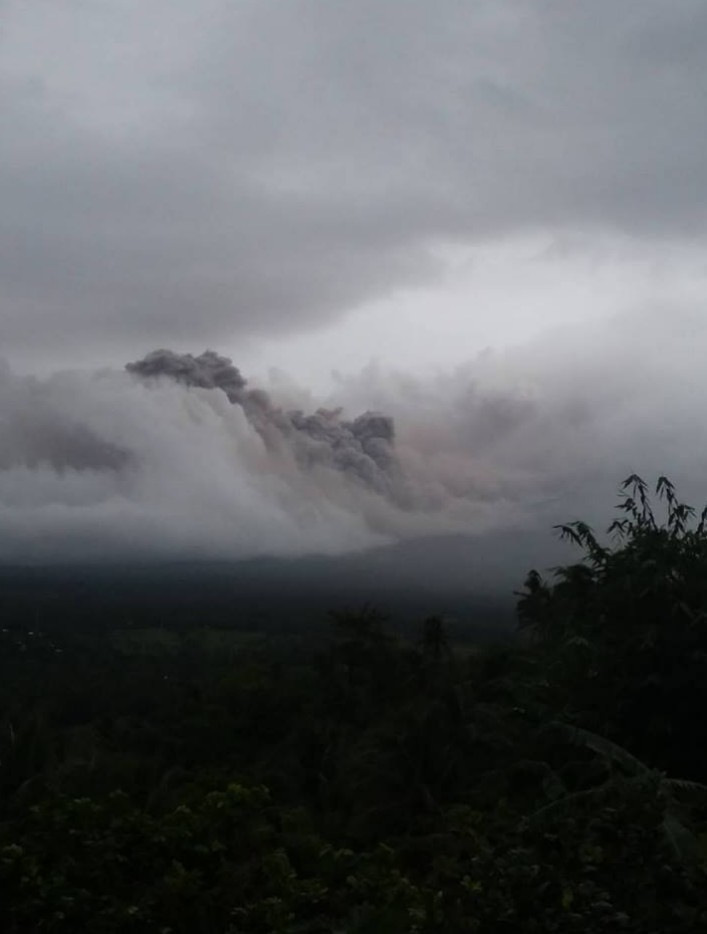 The image below shows lava flows toward Miisi and Bonga gullies at 11:47 UTC, January 15: 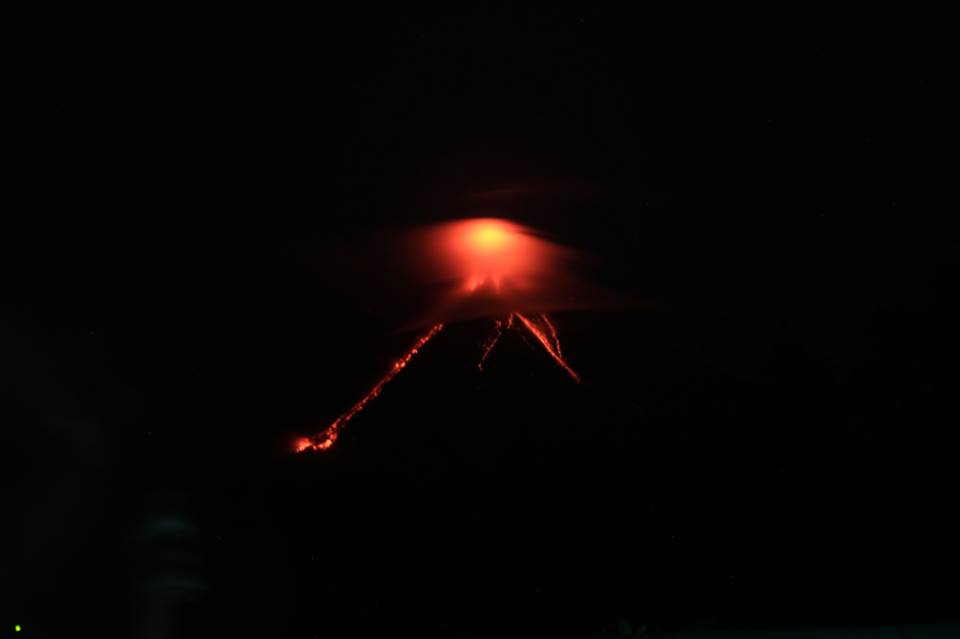 Renato Solidum, head of PHIVOLCS said lava flowed about 800 m (0.5 miles) from the crater on Monday morning and ash clouds appeared mid-slope as lava fragments rolled downs. "It was hard to track down the lava flow given the thick clouds shrouding the volcano," Solidum added.

Early Monday morning, Philippine National Disaster Risk Reduction and Management Council (NDRRMC) said they have already accounted 3 061 families or 12 044 persons who have been evacuated due to possible hazardous eruption. The number has since increased to nearly 15 000.

Its first eruption was recorded in 1616.