Over the past couple winters, big displays of pink and white auroras have coincided with spotless suns. The sight is often big enough to make observers wonder if there is a connection, SpaceWeather reports.

The most recent remarkable outburst of pink auroras was observed on November 22, 2017, from Tromsø, Norway. "Suddenly, the whole valley turned white (with a hint of pink)," says Frank Meissner, who witnessed and photographed the display. "It was over after about 20 seconds," he said.

"The brightness can be compared to the car-lights in the background," Meissner added. 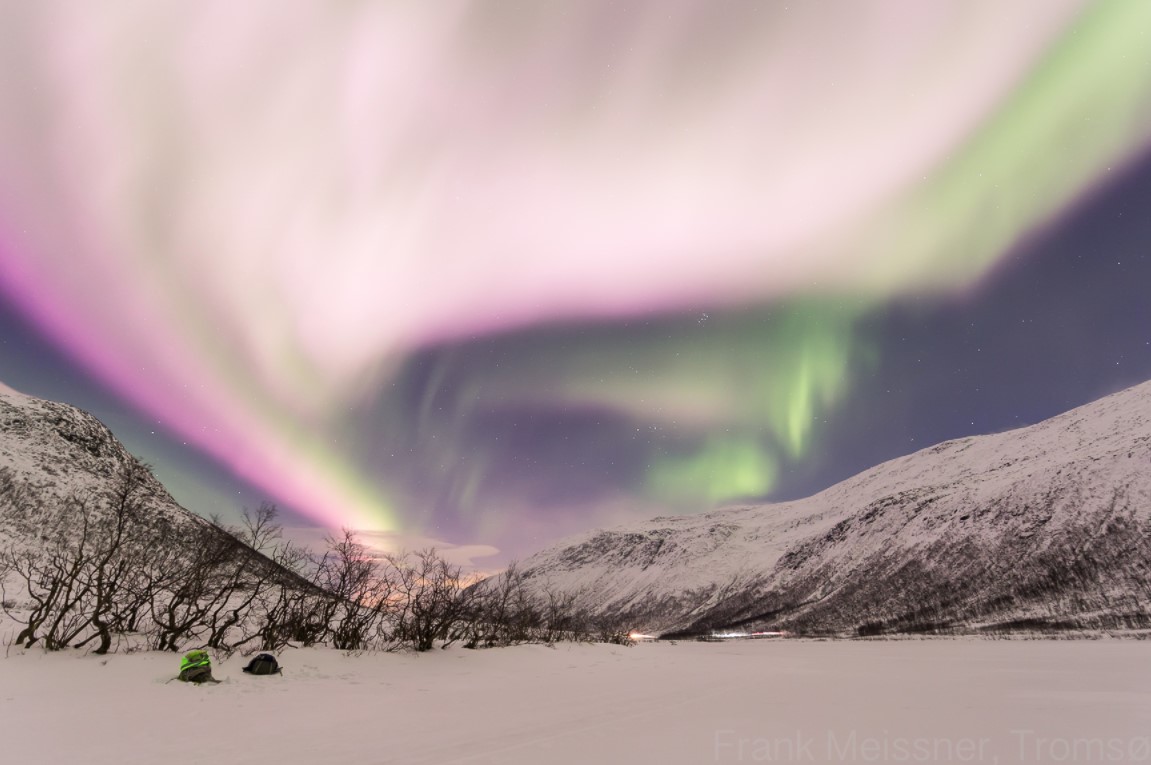 An even more dramatic display was witnessed in nearby Kvaløya and captured by aurora guide Marianne Bergli who said their guests stopped taking pictures. "They were struck with awe and froze at the wonderful display." 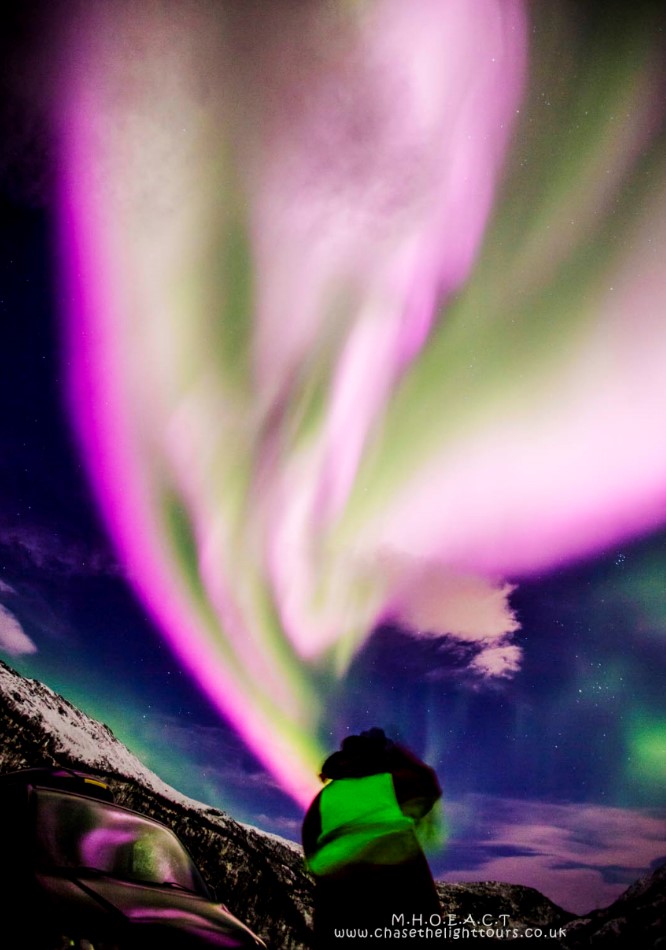 White and pink aurora at Kvaløya, Norway on November 22, 2017. Credit: ChaseTheLightTours (via SpaceWeather)

"The pink color of the outburst tells us something interesting about the solar wind on November 22nd: it seems to have been unusually penetrating," Dr. Tony Phillips of said.

The colors of the aurora are determined by the composition of gases in the Earth's atmosphere, the altitude at which the aurora occurs, the density of the atmosphere, and the level of energy involved. Green, the most common color seen from the ground, is produced when charged particles collide with oxygen at lower altitudes (around 100 – 300 km / 62 – 186 miles).

Occasionally, the lower edge of an aurora will have a pink or crimson fringe, which is produced by nitrogen molecules (around 100 km / 62 miles).

Higher in the atmosphere (300 – 400 km / 186 – 250 miles), collisions with atomic oxygen produce red instead of green. Since the atmosphere is less dense at higher altitudes, it takes more energy and more time to produce red light (up to two minutes), whereas green light can be made quickly at lower altitudes (about one second).

Hydrogen and helium can also produce blue and purple, but those colors tend to be difficult for our eyes to see against the night sky.

"In recent winters, big displays of pink and white auroras have coincided with spotless suns often enough to make observers wonder if there is a connection. If so, more outbursts are in the offing as the Sun continues its plunge toward a deep Solar Minimum," Phillips concluded.