Flooding closed more than a dozen roads in Skagit County and forced authorities to prepare for possible evacuation of some 250 people on Thanksgiving Day.

The last time this river was nearly as high as today was on November 7, 2006 when a crest of 10.31 m (33.85 feet) occurred, the National Weather Service office in Seattle said.

The City of Mount Vernon said the new flood wall is working as expected. Photos below courtesy of the city show south end of flood wall and downtown section: 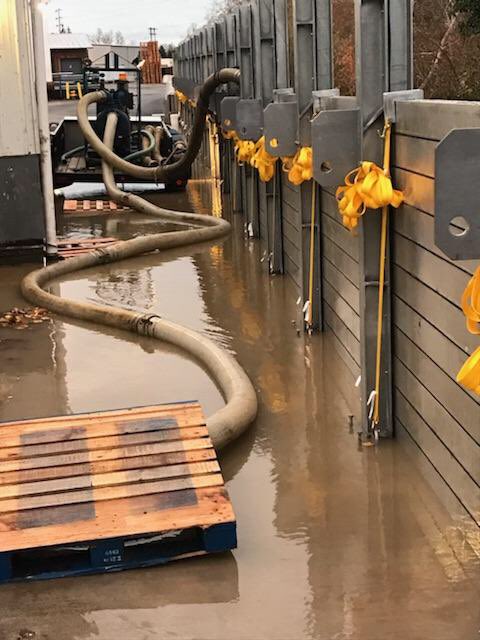 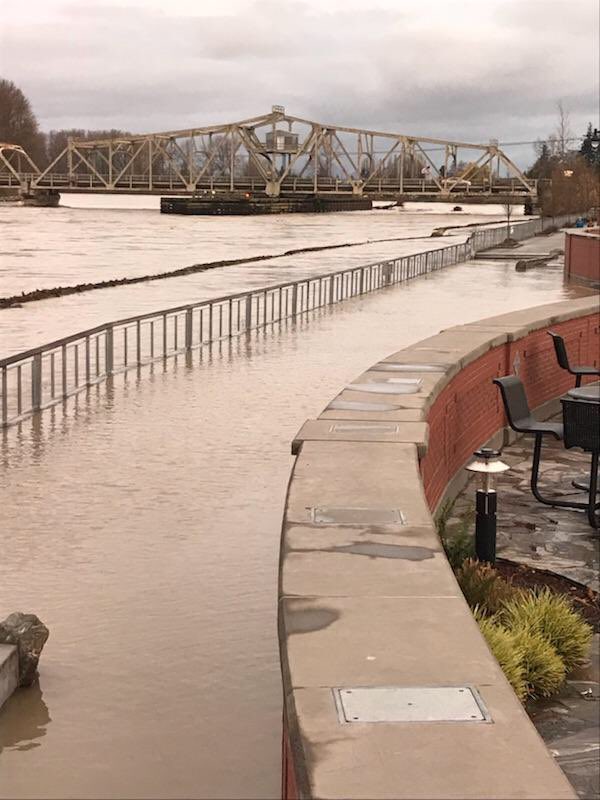 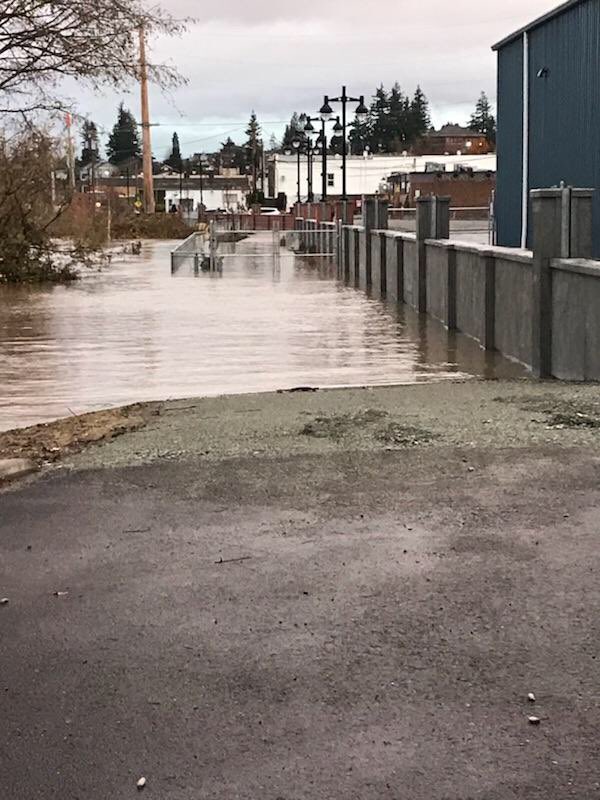 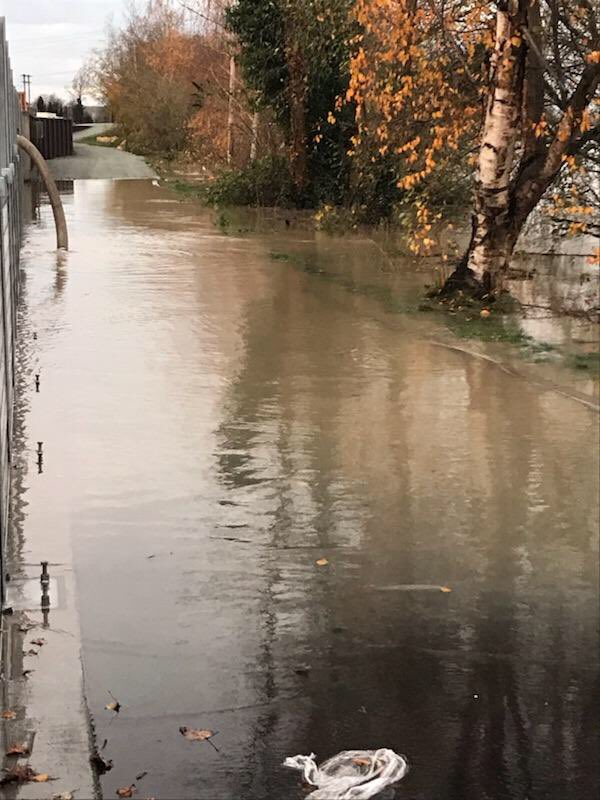 The Skagit River is a river in southwestern British Columbia in Canada and northwestern Washington in the United States, approximately 241 km (150 miles) long.