A major fireball was observed and recorded over southwest China at 12:07 UTC (20:07 local time) on October 4, 2017. The event lasted more than 10 seconds before the object disintegrated in a very bright flash. It was followed by a sonic boom.

According to witness reports, the object exploded over Shangri-La City in China's Yunnan Province. There were reportedly three objects exploding in the sky.

"This is a very big rock from space, and somewhere in China, there are fresh meteorites on the ground waiting to be found," David Finlay or Australian Meteor Reports said.

According to media reports, the people in Shangri-La were observing the full moon to celebrate the Mid-Autumn Festival when the event happened. "Everyone was amazed when the rocks appeared in the sky," one eyewitness said, adding that he heard the meteorites landed in a small village some 40 km (25 miles) outside of Shangri-La.

A local villager told China Central Television Station that he heard a huge bang and felt the ground shaking. He said his pigs were so scared they ran out of the pigsty. 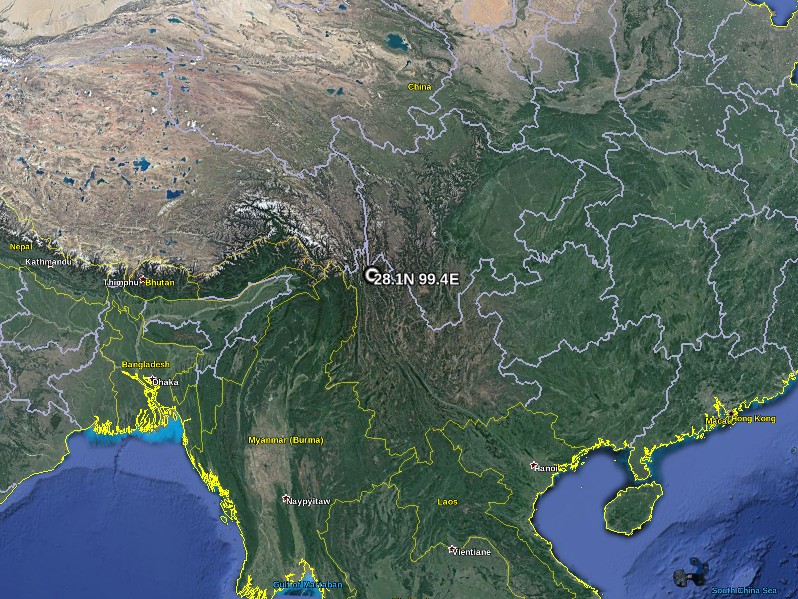 Total impact energy is estimated at 0.54 kilotons or 540 tons of TNT.

The approximate total radiated energy in the atmosphere is 19.2e10 Joules.