The event was not due to astronomical causes that generate the tide or meteorological, associated with events like the passage of tropical cyclones, Dimar said in a press release.

Due to the period of the disturbance, it is likely that this corresponds to a small wave, which has no origin in a seismic event, so this wave may have been caused by an underwater landslide, it added. The event is being investigated by the Colombian Maritime Authorty. 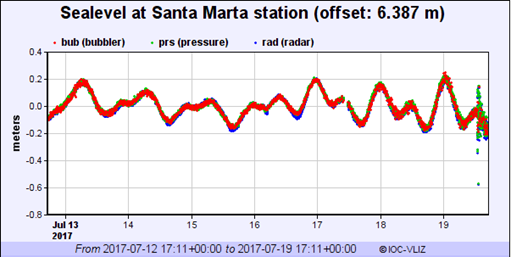 The same event was registered again at 09:00 local time, although with a lower intensity, and registered by another tide gauge installed at the tidal station located in Ballenas (La Guajira).

"Such events can not be predicted," the agency said. "However, as there is no evidence of tectonic origin of the event, it is not expected to be repeated in the near future." 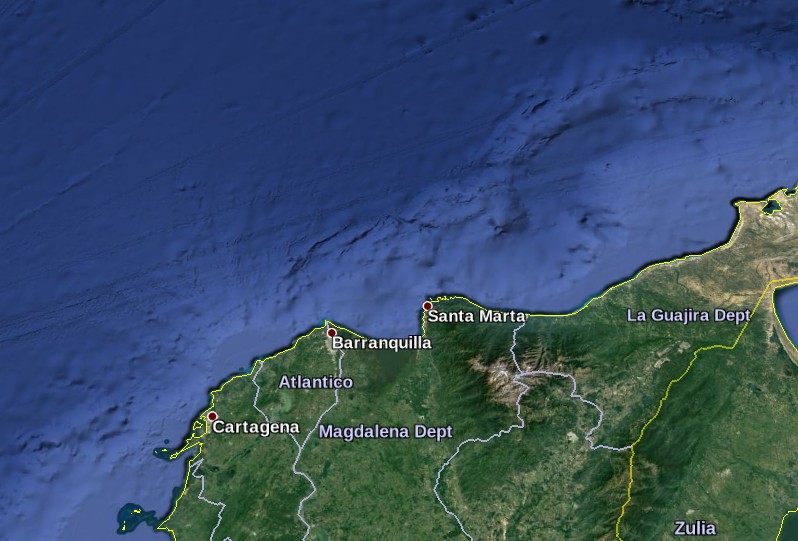 Dimar said it will continue to monitor the development of this natural event and inviteed the community to be attentive to the recommendations of the officials of the Port Captaincies in the Caribbean region and consult the meteorological reports issued through the Center for Oceanographic and Hydrographic Research (CIOH) of the Caribbean and published on the website of the Colombian Maritime Authority.

According to El Heraldo, residents of Pueblo Viejo, coastal municipality of the Magdalena and contiguous to Ciénaga said the phenomenon caused the sea to recede about 100 m (328 feet) followed by a large wave, similar to a tsunami.