A shallow earthquake registered by the Geological Survey of Denmark and Greenland (GEUS) as M4.0 hit 28 km (17.4 miles) north of the village of Nuugaatsiaq, western coast of Greenland at 01:00 UTC on June 18, 2017 (23:00 local time on June 17). The quake is believed to have caused large tsunami waves that swept away 11 houses and left at least 4 people dead. Seven people sustained minor injuries while two were seriously injured.

According to local media reports, the four dead persons were inside their home in Nuugaatsiaq when big waves struck and swept it into the ocean. A helicopter and boats have been deployed to assist in the search-and-rescue effort. 78 people have been evacuated to the town of Uummannaq, police officials said, adding that 23 refused to leave.

The video below shows much smaller tsunami waves hitting a village on the following day. These waves were reportedly caused by an early morning aftershock.

Damaging waves have also struck the communities of Uummannaq, Illorsuit and Upernavik.

Meteorologist Trine Dahl Jensen told Danish news agency Ritzau that for such an earthquake to hit Greenland was "not normal", as she warned of the risk of aftershocks.

A helicopter flying over the area reported "big waves" spotted about 38 km (24 miles) off the coast. 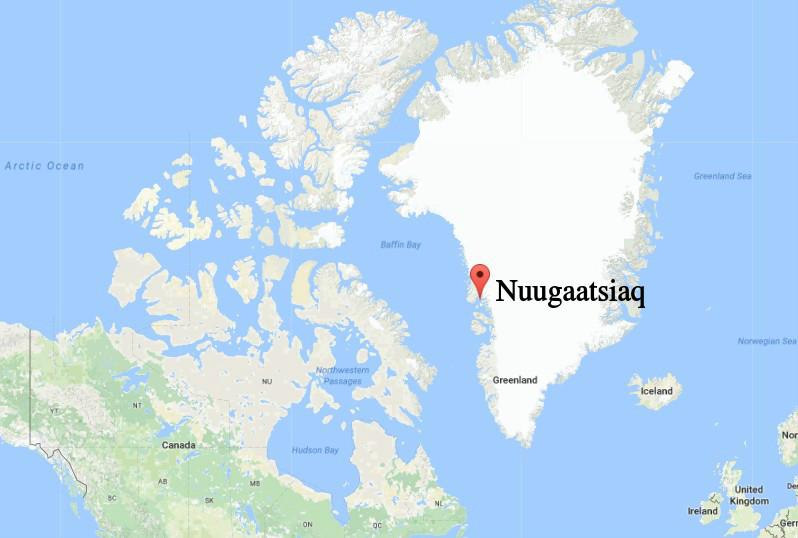 USGS, EMSC, GFZ and other agencies did not pick up any earthquake in this region.

Landslides expert Dr. Dave Petley said that the fact that Greenland is not a particularly seismically-active area and the earthquake has not been recorded more widely, combined with the localized nature of tsunami, suggest that the cause is most likely to have been a very large landslide, either from fjord walls or under the water (or maybe both).

GEUS seismologist Peter Voss said they have 'some signals at their earthquake stations resembling earthquakes, but they might also indicate that a landslide has been triggered. Voss added that GEUS has a theory that it was a major slope from a mountain that has triggered the tide of waves:

"The slump has made a large part of the mountain collapse into the fjord and has created this wave," Voss said. However, from the measurements alone, GEUS can not conclude anything. VOSS added that the landslide could have been underwater, and it will be difficult to detect.

GEUS said it is still unclear what caused the landslide. Dr. Dave Petley later said in a tweet he thinks that the landslide may have been sufficiently large to account for the seismic signal in its own right. "We need seismic data," he concluded.

Arctic Command said they will send a CL-604 Challenger and C-130 Hercules aircraft today to be used for search and transport, and collection of additional imagery for damage evaluation and assessment of the risk of further disasters in the area.