At least two people were killed in the central United States on Tuesday, May 16, 2017, as powerful thunderstorms rolled through the region. SPC's preliminary reports mention at least 27 tornado reports and 150 hail/large hail reports from Texas to Wisconsin by 10:35 UTC (05:35 CDT) on May 17. A severe weather scenario similar to that of Tuesday is expected again on Thursday, May 18, NWS warns.

The storms leveled the Prairie Lake Estate Mobile Park near Chetek, Wisconsin, about 177 km (110 miles) northeast of Minneapolis late Tuesday afternoon. When first responders arrived at the scene, they could hear the people crying for help in the rubble, Barron County Sheriff Chris Fitzgerald said. 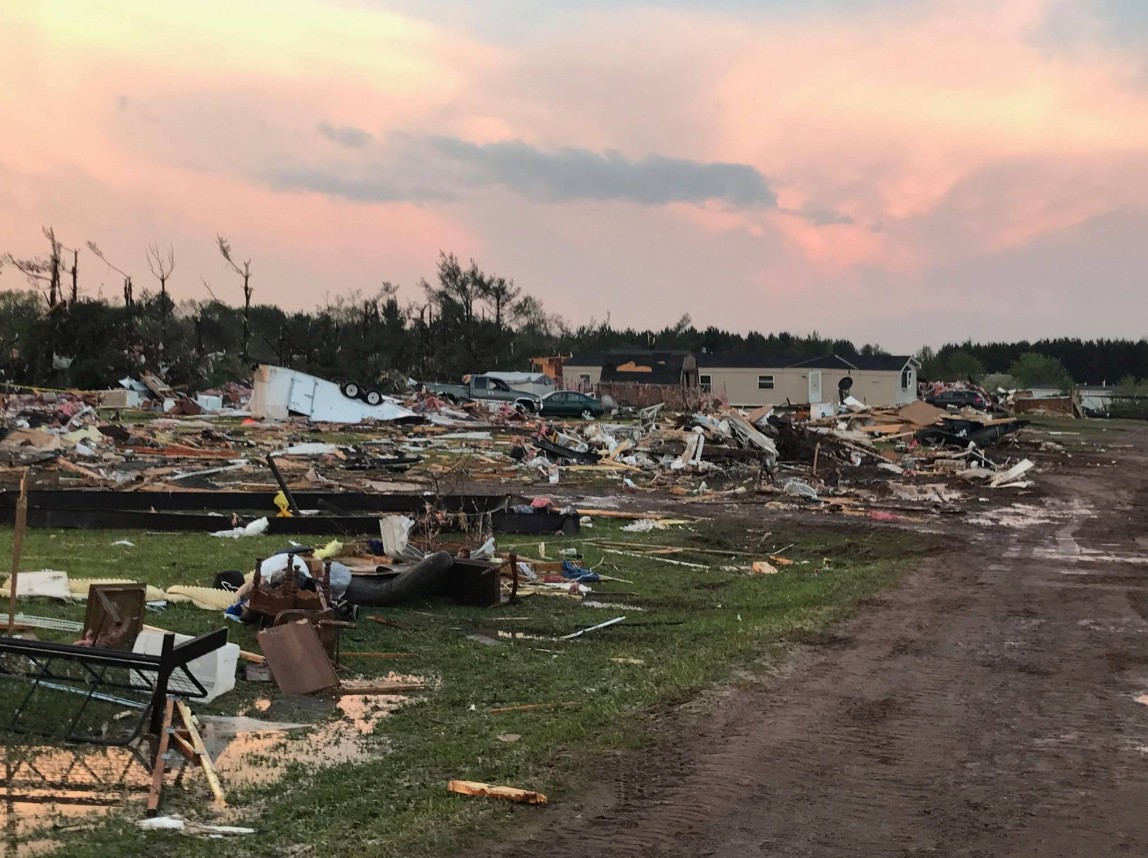 "The mobile home park contained 50 – 60 trailers and several of them are totally destroyed. 17 people were transported from the scene to area hospitals with approximately 5 – 10 more with minor injuries that refused treatment. One 46-year-old man was found deceased," Fitzgerald said, adding that all area residents of the mobile home park have been accounted for.

A mobile home is a particularly dangerous place to be during a tornado, AFP quoted the National Weather Service. The high winds during a tornado can rip a mobile home, which frequently would not have a foundation, from its moorings. In 2011, when devastating tornadoes struck in Joplin, Missouri, and in Alabama and Mississippi, 111 of the 551 people killed nationwide in tornadoes, or 20 percent, were in mobile homes, according to the Storm Prediction Center website.

Another person was killed in Elk City, Oklahoma where a tornado destroyed at least 40 homes and damaged 50 to 75 others severely. Elk City is located about 177 km (110 miles) west of Oklahoma City. KOCO 5 reported multiple people were trapped under rubble and injured.

Authorities said a gas leak was reported around the golf course in Lake City and asked people to stay away from the area. Elk City schools are closed Wednesday.

By 10:35 UTC (05:35 CDT), a total of 27 tornado sightings were reported to the National Weather Service across the five states of Texas, Oklahoma, Kansas, Nebraska and Wisconsin. The storm also brought 150 reports of hail and large hail.

Flash flooding was reported in parts of Kansas and Oklahoma.

Severe thunderstorms are expected across portions of the southern and central Plains on Thursday and Thursday night, NWS said.

Very large hail, damaging winds and tornadoes, some strong, will all be possible. Additional strong to severe thunderstorms are expected from the middle Mississippi Valley to the lower Great Lakes regions. Hail and gusty winds may accompany these storms, it said.