Etna was calm for about 4 and a half days before the fifth eruptive episode started at 09:34 UTC on April 19, 2017. The source of activity is the Southeast Crater.

"While the previous episode (April 14 and 15) was announced by a sharp increase in the number of earthquakes, followed by a short phase of strombolian activity and then the opening of eruptive fractures, this new episode started with the lava from the Southeast Crater," INGV's Boris Behncke said. "After a few minutes, a moderate strombolian activity began, followed by a sudden increase in the number of earthquakes."

The new lava flow is descending down the western rim of the Valle del Bove. 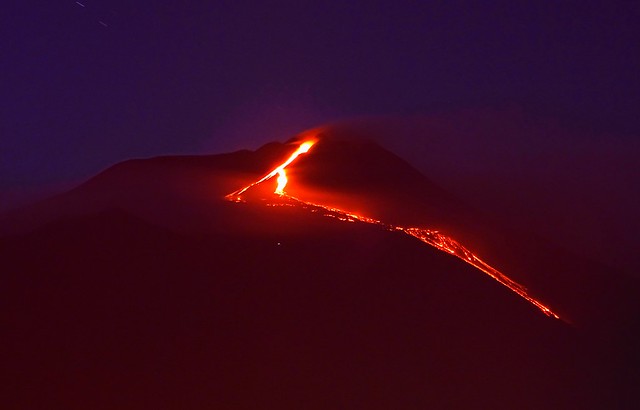