41P/Tuttle–Giacobini–Kresák is a periodic comet, a member of the Jupiter family of comets, discovered on May 3, 1858 by an American astronomer Horace Parnell Tuttle. Its nucleus is estimated to be some 1.4 km (0.86 miles) in diameter and it orbits the Sun every ~5.4 years. The comet was recovered on November 10, 2016 at apparent magnitude 21 by the Panoramic Survey Telescope and Rapid Response System (Pan-STARRS) in Hawaii. 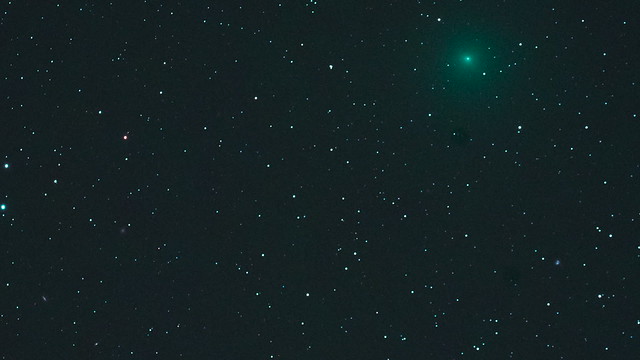 Optimistic estimates place the comet's brightness at magnitude +6, near the lower limit of naked-eye visibility. The best time to observe is during the dark hours before the sunrise when the comet is high in the northern sky.

41P will make its closest approach to the Sun (perihelion) on April 12.