18 people were injured and 6 are still missing after a natural phenomenon called "Seiche" hit the Iranian port city of Dayyer, Bushehr province. The event left behind flooded homes and significant infrastructural damage.

For MEHR News Agency, the head of Bushehr’s Persian Gulf Oceanography Centre Ehsan Abedi said the reason behind the giant waves and sea overflow is a natural phenomenon called Seiche. The effect is caused by resonances in a body of water that has been disturbed by one or more of a number of factors, most often meteorological effects (wind and atmospheric pressure variations), seismic activity or by tsunamis.

Seiches are often imperceptible to the naked eye, and observers in boats on the surface may not notice that a seiche is occurring due to the extremely long wavelengths. They can be considered long period or infragravity waves, which are due to subharmonic nonlinear wave interaction with the wind waves, have periods longer than the accompanying wind-generated waves. 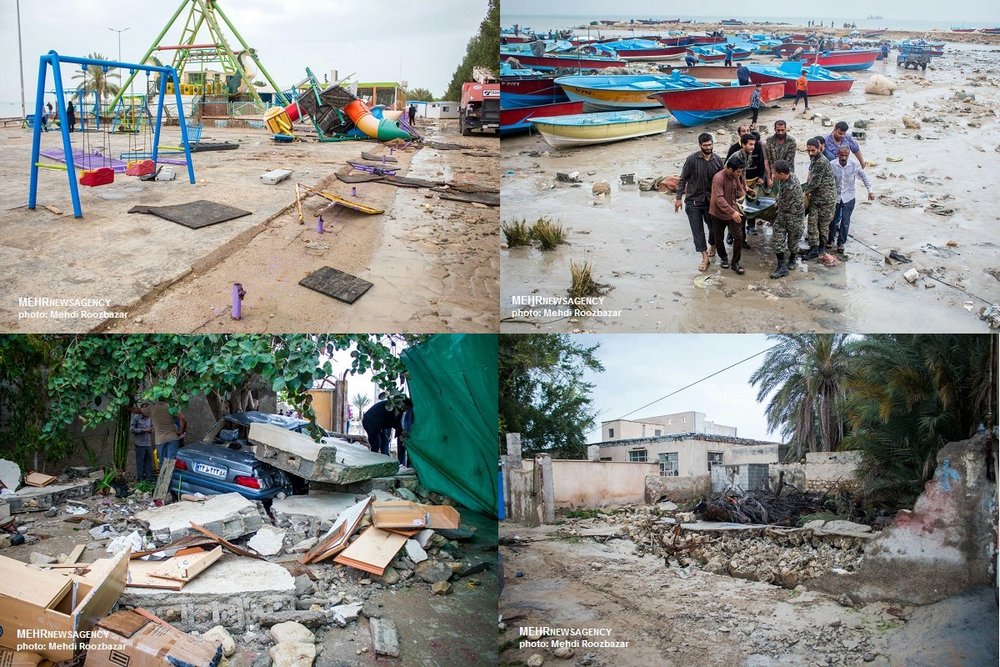