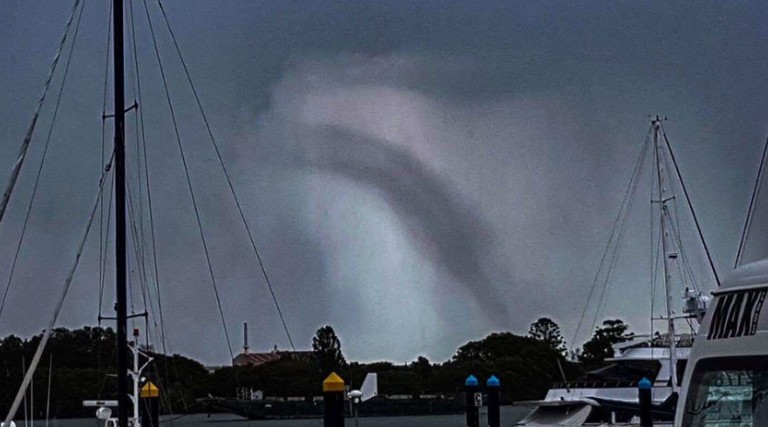 A tornado has reportedly touched down near Brisbane Airport in Queensland, Australia on March 17, 2017, during a severe weather outbreak. Although BOM said evidence suggests the twister was a landspout, Higgins Storm Chasing group claims the phenomenon was actually a tornado. Debris was observed, but there were no reports of injuries.

A small thunderstorm developed West of Algester, SSW of Brisbane City around 13:00 local time on Friday afternoon, Higgins Storm Chasing group wrote in their post. The cell developed and intensified quickly as it interacted with very warm temperatures (up to 36 °C / 96.8 °F) and high humidity (dew points between 17 and 22 °C / 62.6 and 71.6 °F).

"But it wasn’t until the cell entered North-Eastern Brisbane and neared the Airport that it developed into a Supercell with a rotating updraft and base feature," they said. "The Supercell then attempted to spawn a funnel cloud near Brisbane City which lead to several people in the area videoing the phenomenon trying to unfold. As it neared Brisbane Airport, it interacted with a sea breeze front perfectly that for rotation to become tight enough that a tornado was able to develop."

The tornado touched down very close to Brisbane Airport with debris being observed. Debris including car windows being smashed, trees being snapped and uprooted as well as carports being smashed. Video has also emerged from both Eagle Bay and the Aviation centre of the Tornado physically being on the ground along with footage from Clontarf looking back towards the Airport region. As the cell moved over the Bay towards Redcliffe, a wall cloud which signifies the cell being a Supercell was observed from Margate. – Higgins Storm Chasing

BOM Queensland tweeted a few hours ago that evidence suggests it was a "landspout" and much weaker than a tornado. However, it's not clear at this point whether all the twisting phenomena observed and recorded in Brisbane today was the same event. 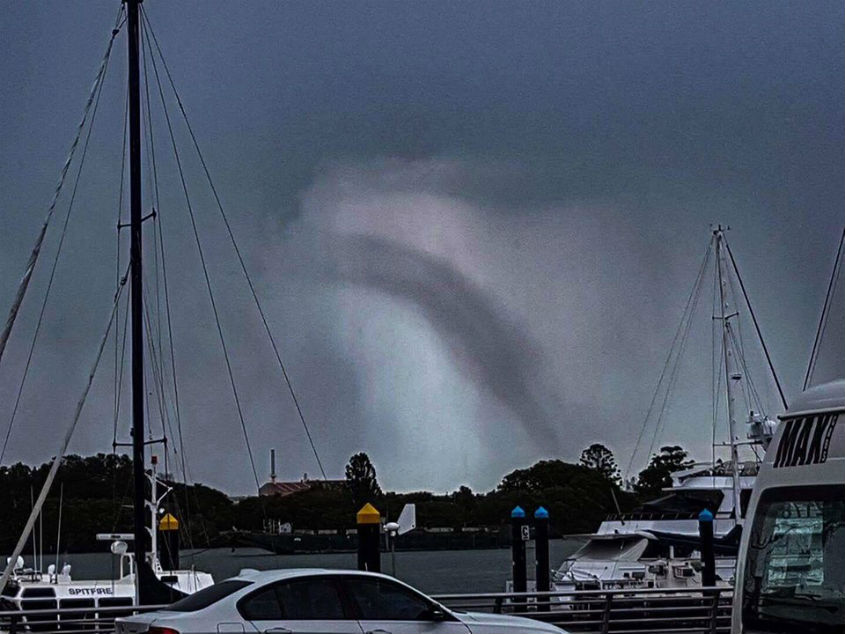 BOM spokesman Michael David told news.com.au it could take "days" to determine the nature of the sightings. "It’s going to be hard to confirm. We can’t confirm it as a tornado based on photos or videos," he said.

We just had a 'Dust Devil' roll through BNE. No damage, just soil & leaves on apron. A spectacular site nonetheless #BNEstorm pic.twitter.com/y9ZkcA6e5B