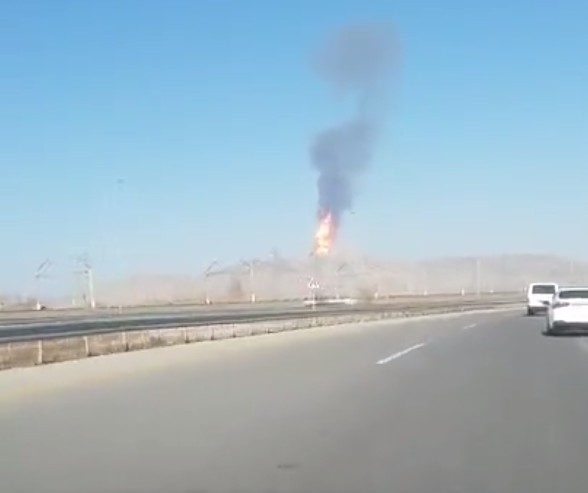 A mud volcano has erupted in a suburb of Azerbaijan's capital Baku on February 6, 2017. Its flaming eruption was recorded by numerous witnesses.

The Azerbaijani Emergency Situation Ministry said the volcano is located in the Sanfachal settlement, the Garadagh district.  The ministry added that a group of representatives is currently working at the site.

According to the APA, the Republican Seismic Survey Center of Azerbaijan National Academy of Sciences (ANAS) has released information on two eruptions. The first took place at 12:20 (local time) and lasted 3 minutes and 23 seconds. The second started at 14:18 and lasted 6 minutes.

There are over 1 000 known mud volcanoes in the world, and some 400 are located in the coastal area of Azerbaijan. They are associated with rich oil and gas fields.